We cannot wait for the legend of soul Norman Jay MBE to come to the Palace this August bank holiday for the ultimate Good Times party. We caught up with Norman to talk all things Carnival.

How did Good Times come about?

It was a light bulb moment, literally. When I heard Chic’s track of the same name for the first time I related to the lyrics of the song: 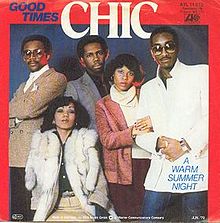 What’s your definition of a good time?

When I’m standing on top of my red double decker bus in front of an incredible crowd, playing the music we all love.

Why did you want to take Good Times on the road?

Because we see ourselves as 21st century minstrels, going from place to place, playing good music and entertaining people

It’s got to be my last ever Good Times set at Notting Hill. It was the year we returned to Notting Hill Carnival after a gap year in 2012 and suddenly realised just how big it was. It was a road-block, I’ve never seen anything like it in my life! There were helicopters out and about, surveying the crowds and they estimated that around 10,000 punters had arrived at Good Times by 2:30pm, it was phenomenal!

You’ve been up to Ally Pally a few times, do you have any favourite memories of the place?

Easy. Supporting Fat Freddy’s Drop there. I’ve been to the Palace a few times but the most memorable by far was supporting New Zealand’s number one band. It’s the first time I’ve supported a big band at a sell out UK gig in front of about 7000 screaming kiwis, it was great. After that they invited me to go on tour with them across Australia and New Zealand and I’ve been a huge fan ever since.

Why did you want to bring Good Times to Ally Pally?

Why not!? It’s one of the best views of London and Good Times is synonymous with our great city. We’re iconic and as an iconic building it’s a marriage made in heaven.

Your sets span many genres of music, are there any tracks that you play to guarantee a good time?

All my tracks are guaranteed winners, it’s music that makes people feel good about themselves and others around them.

What music is inspiring you these days?

I like the new British soul sound. Cleo Sol, is one of them I like and a whole host of unknown and undiscovered bedroom producers and DJ’s – you’ll have to come to Ally Pally to hear me spin them.

What’s next for you?

I’m excited to say that my autobiography is about to be published, hopefully before the end of the year, and of course the biggest travelling Good Times show of the year at the Palace!