The first Alexandra Palace, North London’s answer to the Crystal Palace in Sydenham, was built by 1868 but first opened to thousands of visitors on Queen Victoria’s 54th birthday – 24 May, 1873.

With ideals of “affording all classes of the community, on a grand scale, the means of intellectual improvement and physical recreation…” this building perched on top of the Muswell Hill in 450 acres of parkland looked, in Victorian splendour, across all of London. 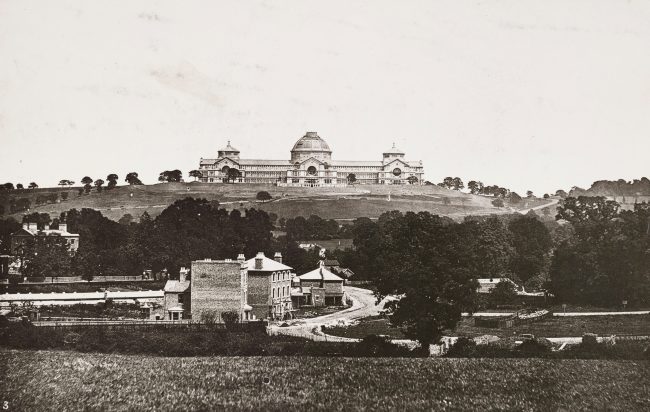 Recycled materials from the Kensington International exhibition of 1862 were used to create an exhibition venue of surprising elegance from glass, iron and brick.

This palace of industry was to be a showcase of the Victorian age in all its vitality and abundance, and you sped there in 15 minutes from central London on the brand new form of transport – the railway!

The mission statement of Alexandra Palace in the 19th century was not that different to our current aims: “relaxation – both physical and mental” designed to educate and entertain the working man (and woman) on their rare holidays. Even then the importance of the natural environment was recognised for “the overcrowded and rapidly increasing population of London [who] should have a well-timbered park within the easiest possible distance of the city, at the smallest possible cost”.

Alexandra Park Company Directors adopted the motto ‘Healthy Exercise – Rational Recreation’ which was changed to ‘Healthy Pastimes’ by the Alexandra Palace Company Ltd. in 1866 when 12,000 workmen had started erecting the new building.

The Palace itself had a ground area of 250,000 square feet, a 900ft long nave, main transept of 430ft, and a central dome 220 feet high. The northern terrace was 100ft wide (the length of a blue whale) and 1000ft long (the height of the Eiffel Tower!). Railway passengers arrived at the station directly below the terrace, now the North Yard, climbing the steps towards the great organ built by Henry Willis, at the heart of the Palace.

What is now harder to imagine, are the first floor galleries indoors, and terraces with views in every direction running around the whole building. On the west side of the great conservatory was a large concert hall seating 3,000 and on the east side a theatre with state of the art stage machinery. 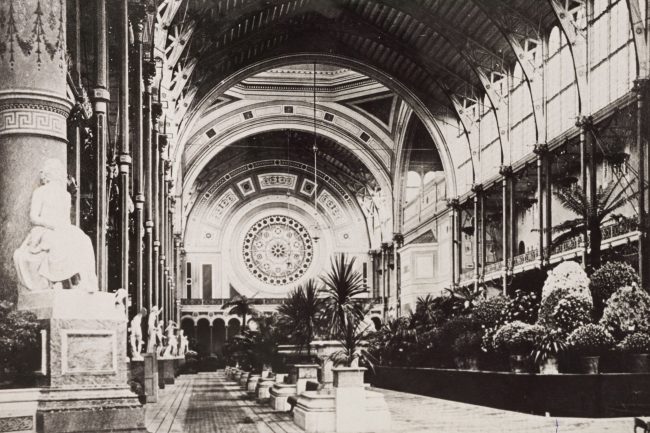 A festival was held to mark the opening of the Palace. Across the opening weekend and Whit Monday, there were reportedly 60,000 visitors with the main attractions ‘the Great International Horticultural Exhibition’, organ recitals, a grand dramatic spectacle in the theatre, and Herr Dobler “the celebrated Wizard of the World” giving daily, one hour performances in the concert hall. A grand display of fireworks by James Pain ended the holiday festivities. 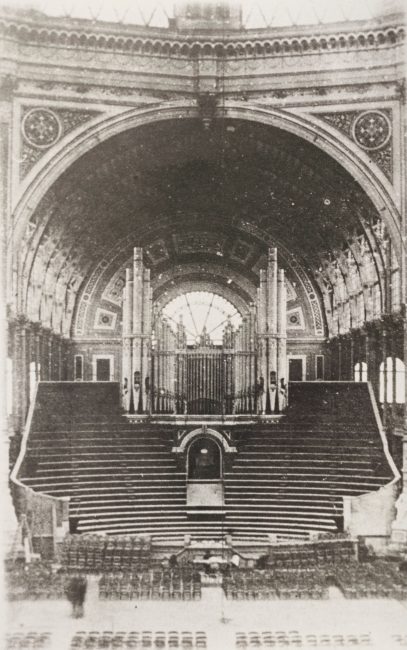 Plans were in place for displays devoted to English history, geography, astronomy, geology, mining and horticulture. While outdoors archery, cricket, tennis, equestrian exercise and “other amusements” would be held in the grounds. However, those of you familiar with the Palace’s history will know that only 16 days after opening, all the great fun and plans for the future came to an abrupt halt following a devasting fire….until the Palace was rebuilt and reopened in 1875. 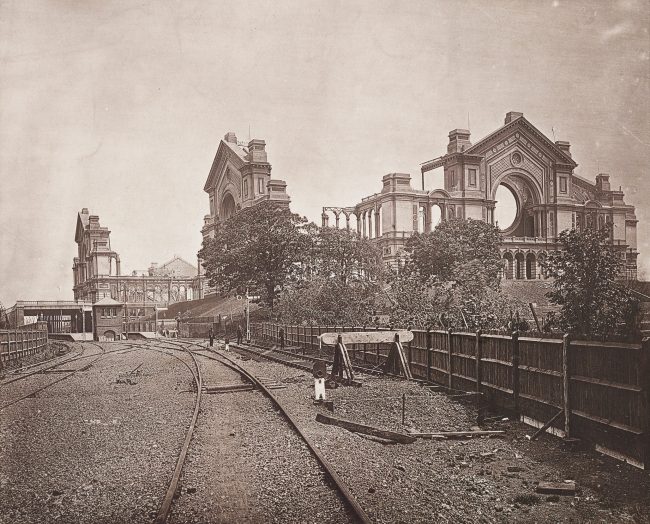