The People’s Stage at this year’s Summer Festival was a huge success! Thank you to all participating artists and community groups who put on an amazing show despite of the rain.

Why the People’s Stage?

Alexandra Park and Palace has entertained and inspired Londoners of all backgrounds since 1863. Known as the People’s Palace, the destination was a radical response to the Victorian city’s growing demand for entertainment. An Act of parliament enshrines APP as ‘a place of public resort and recreation’.

In the spirit of the People’s Palace, this year’s Summer Festival included a People’s Stage showcasing local talent and community groups. The stage welcomed a variety of different acts and art forms from across the borough, from spoken word by the Animated Poet, to Haringey Shed’s inclusive dance company. 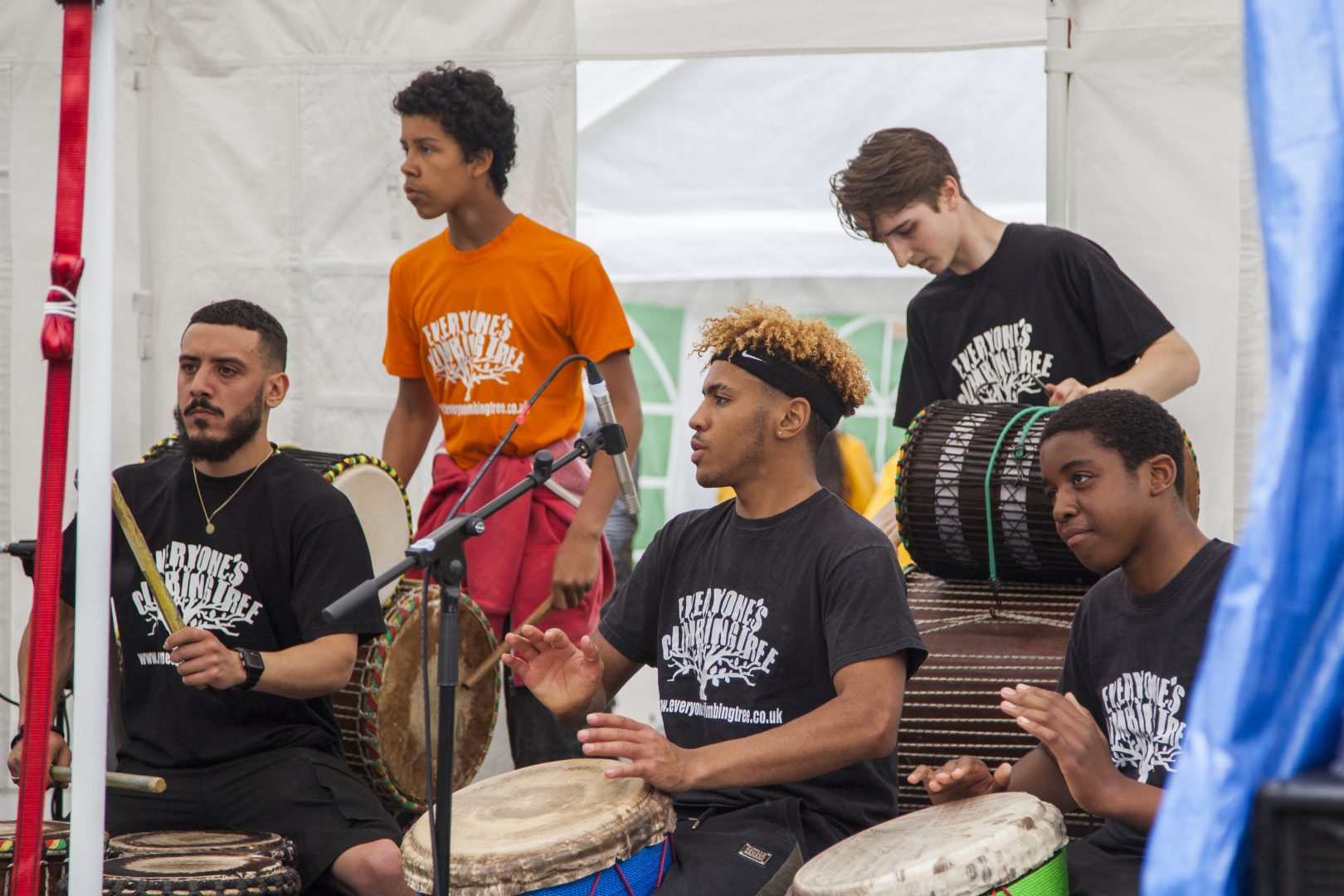 Gidde Bille, a West African Drumming Ensemble from Everyone’s Climbing Tree drew in a large crowd from across the park.

We had the Haringey Music Service Big Band move from the Grove and perform in the Great Hall as a result of the rain. Festival goers seemed pleased to find shelter and listen to jazz music.

Thank you to Community Music – who worked with us to make the stage happen. CM is a youth and community music organisation that provides creative music making opportunities for people of all backgrounds.