This month the Palace’s much-loved pub the Phoenix Bar & Kitchen – the only pub we can think of that is housed inside a historic Palace – has reopened its doors.

It’s pretty well established that we like to have a good time up here at the Palace, and a busy and buzzing Phoenix has got us thinking about the venue’s long history of keeping Londoners hydrated. Here’s a brief overview.

Arguably the first pub at the Palace was Blandford Hall which stood at the eastern end of the Park just downhill from the Rose Garden. A mock Tudor building, it was the main refreshment pavilion before the first Palace was opened in 1873 and remained in use until it burned down in 1971. 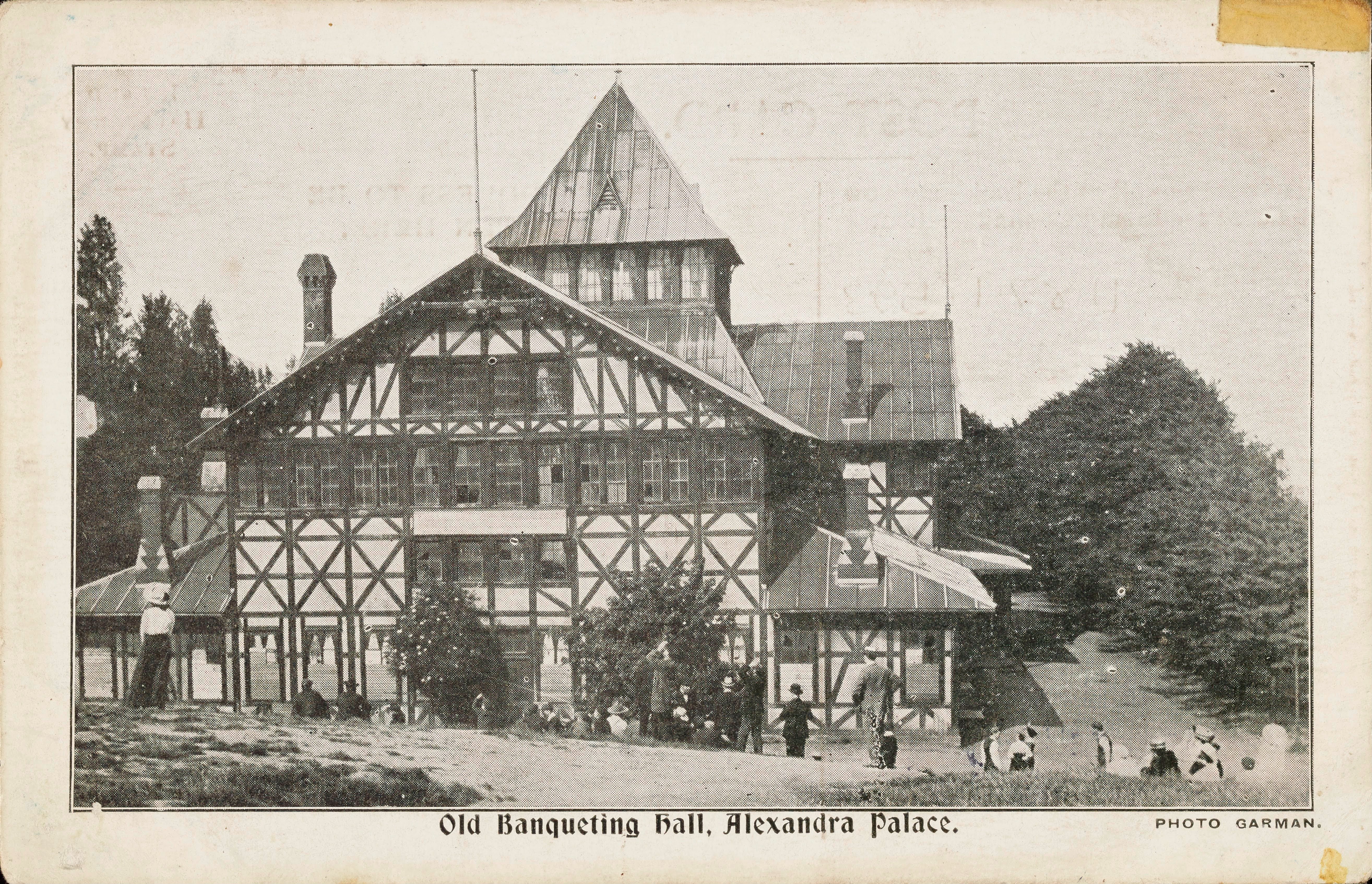 A whole wing of the second Palace, which opened in 1875, was dedicated to refreshments and dining, serviced by vast kitchens and cellars in the basement. It was under the management of Bertram & Roberts, who’d previously run the catering set up at Crystal Palace. The ERA newspaper published this report on 25 May 1875.

“The faith which the public have in these caterers was shown in the eagerness with which their “bars” were beseiged, and by the host of hungry ones who betook themselves to the grand banqueting hall in the grounds, and there regaled themselves with all the delicacies of the season which their purses could afford.” 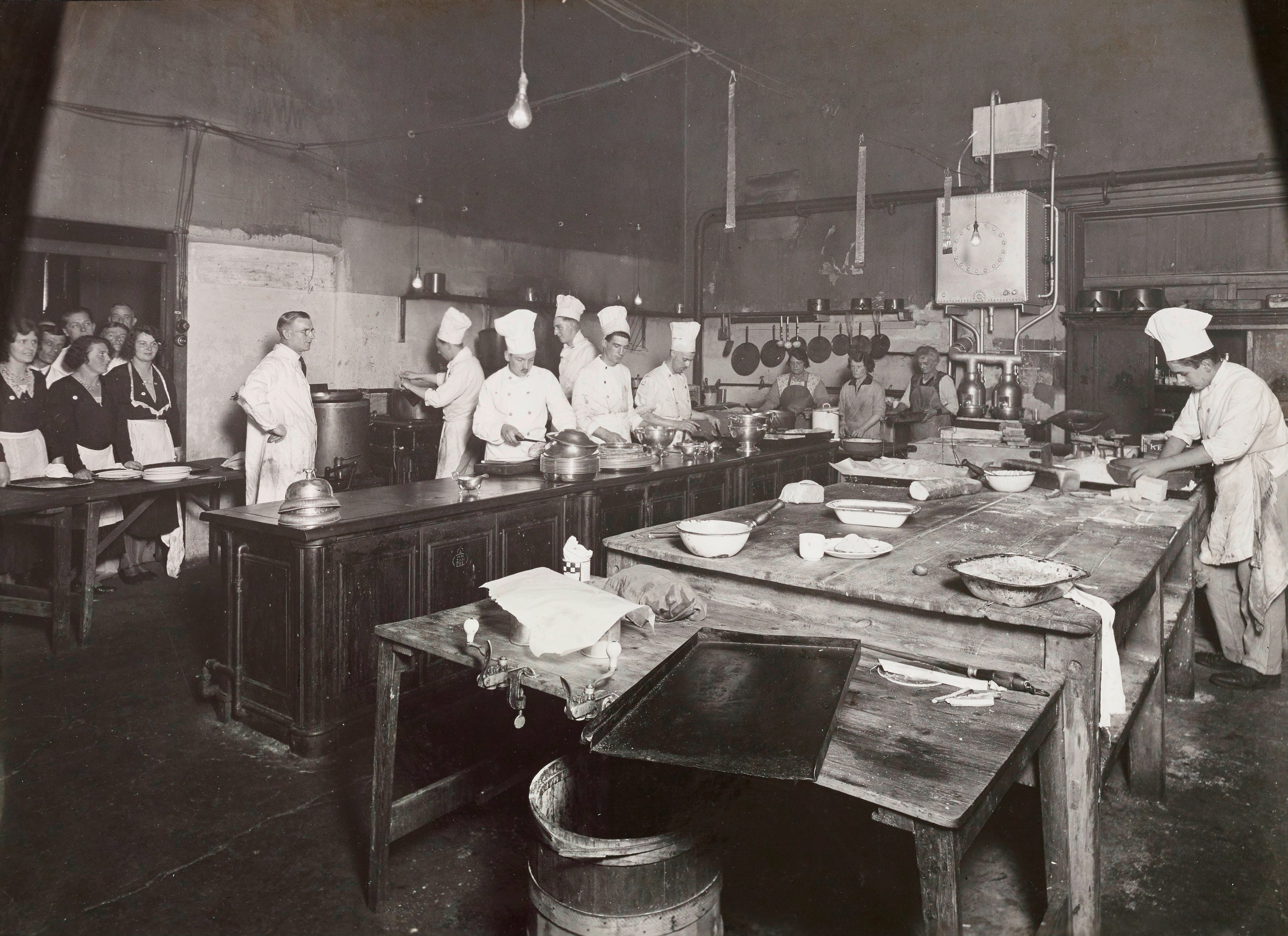 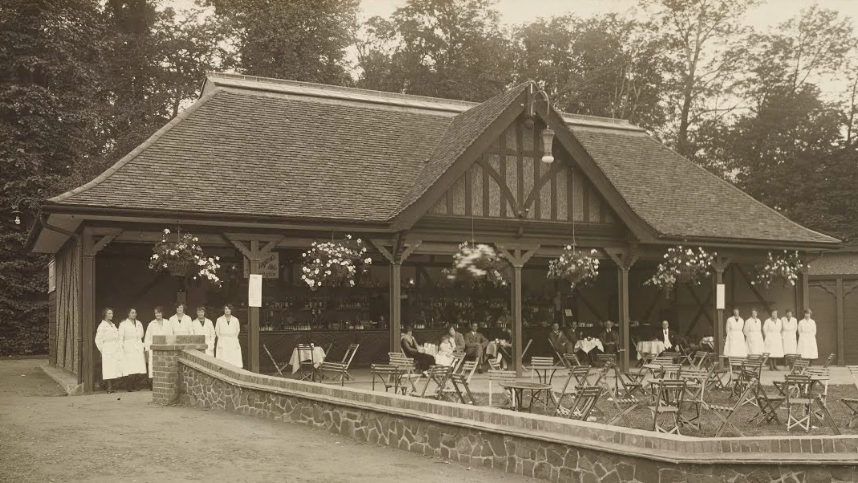 While this scene in The Grove shows a typical gathering of the time. 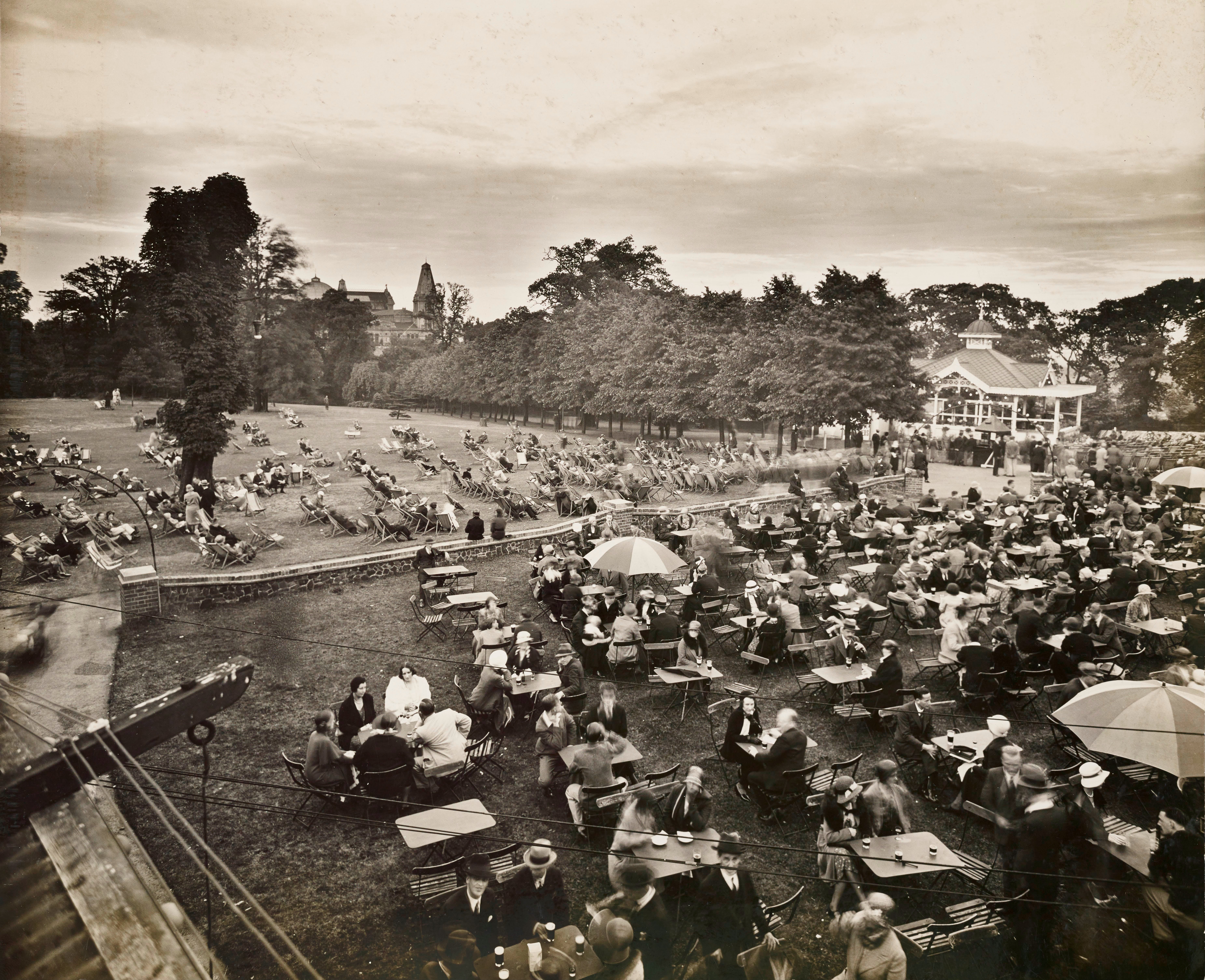 In the same era the Palace’s Theatre, which was entertaining audiences with a variety of stage productions, offered a slightly more intimate setting. 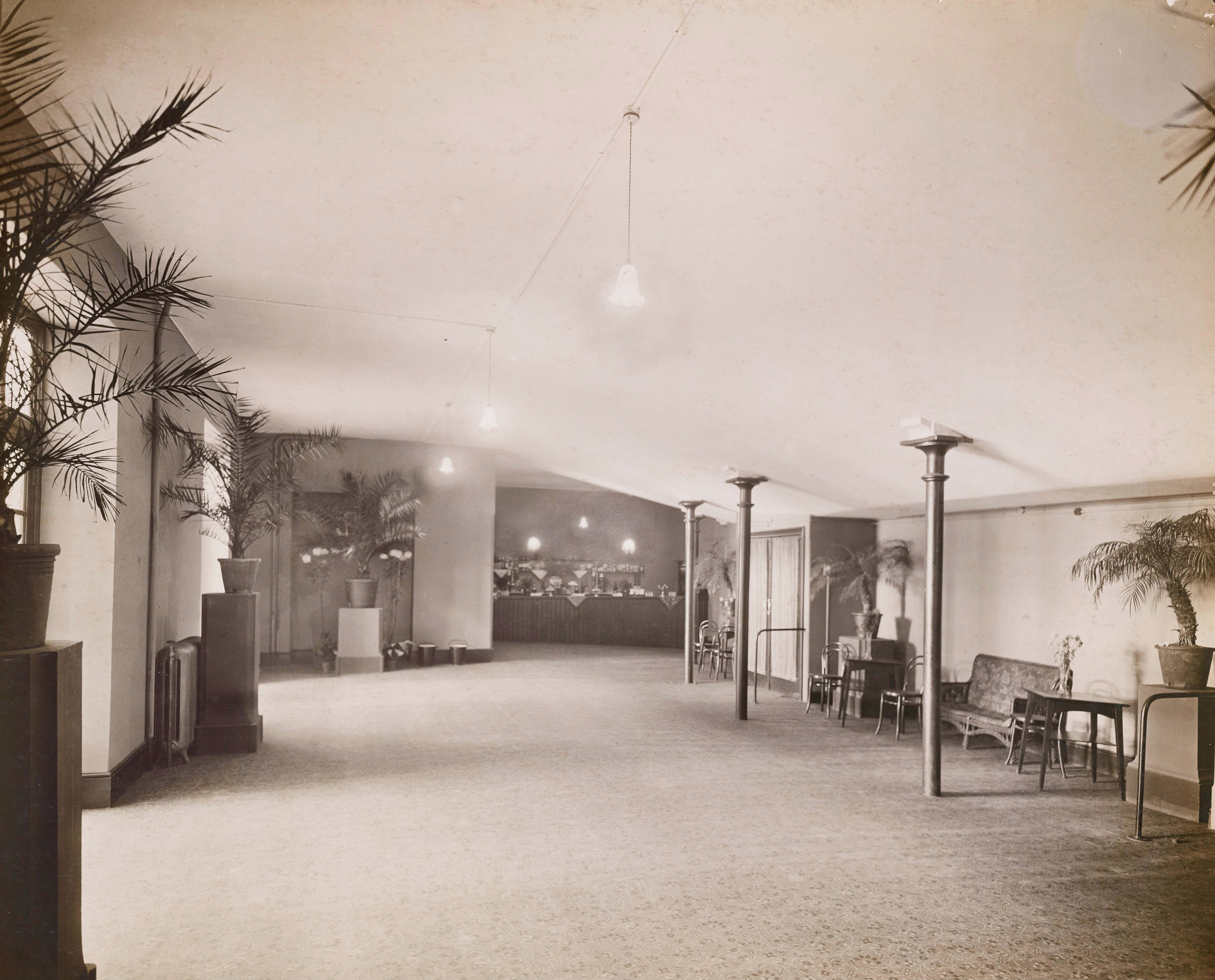 The Dive Bar was sited on the corner of what is now our east car park. It was so called because this is where the tank for daredevil diving demonstrations was positioned in the 1880s. It was also a bit of a dive compared to some of the grander bars around the site! It was extremely popular from the 1930s-60s with BBC staff who worked inside the world’s first television station, here at Alexandra Palace. 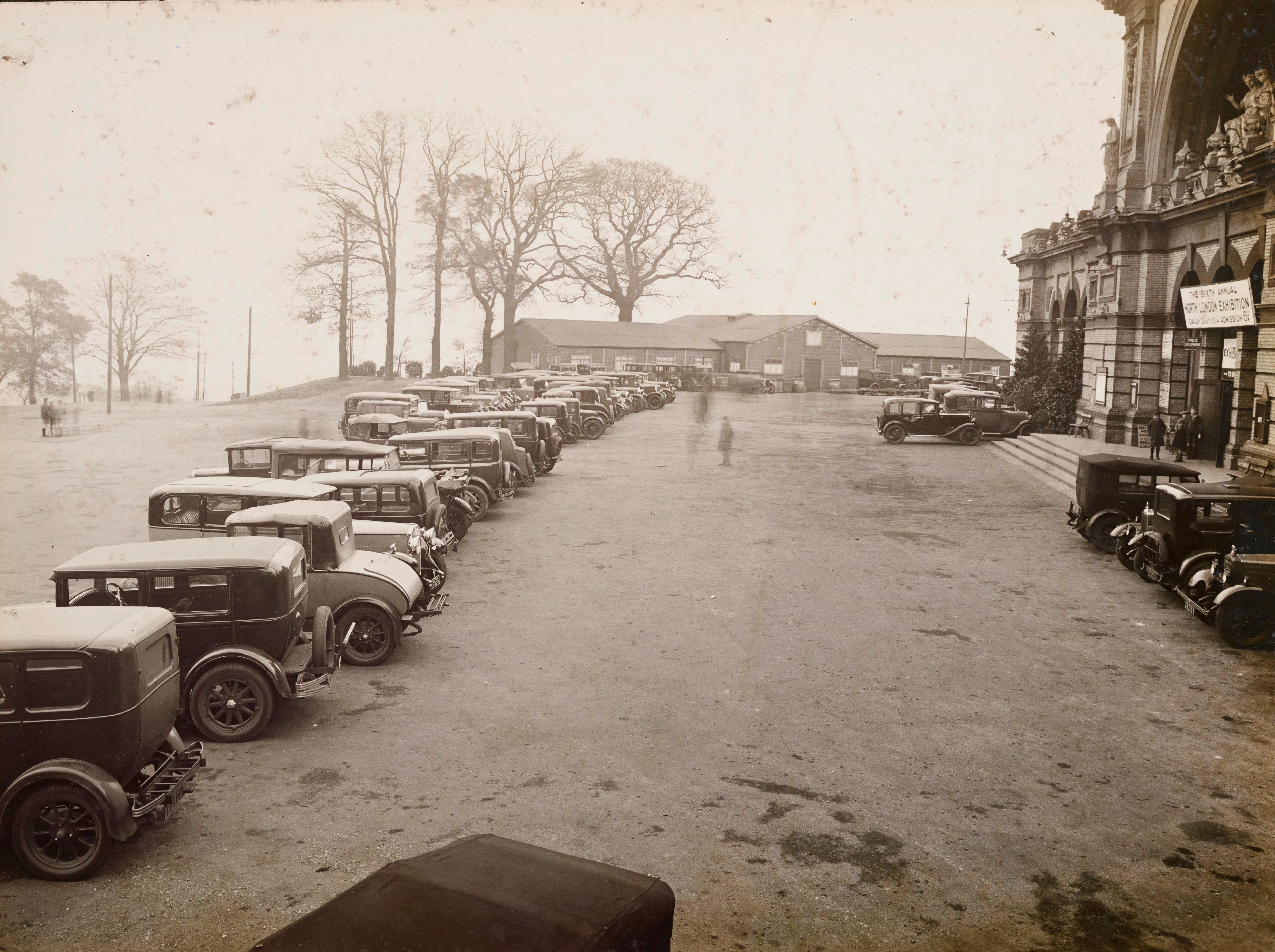 We did go quite high brow sometimes too. 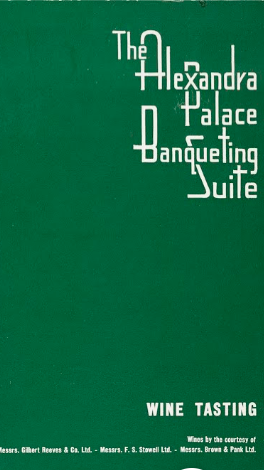 Fast forward a few years and the Palace started what has become a relatively modern tradition of hosting fantastic German Bier Festivals. Below is a poster from 1981. And of course, you get to join the fun at the Bier Festival at our annual Fireworks this November (complete with Spice Girls stage show and Oompah band). 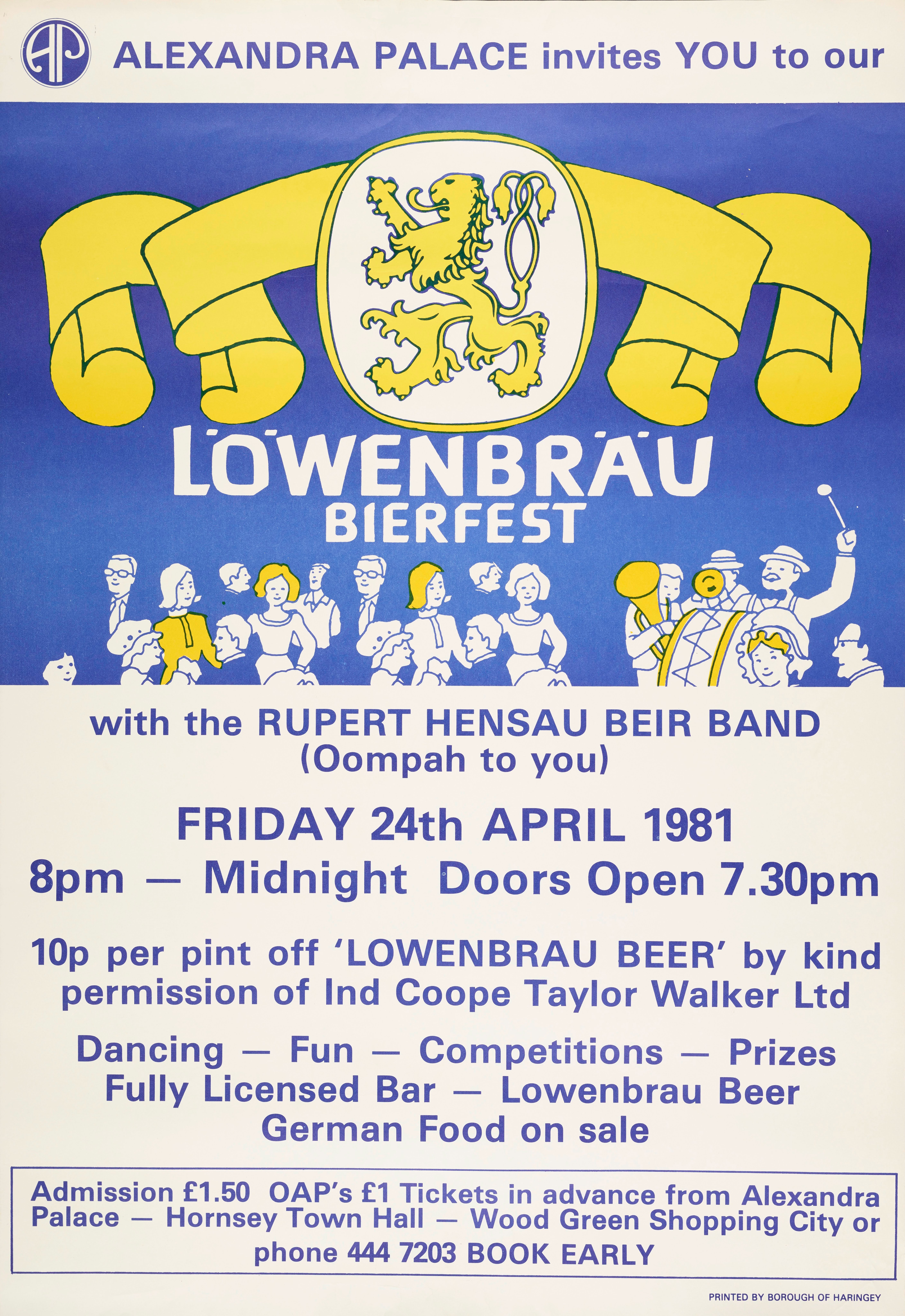 The Phoenix was established from the ashes of the fire that destroyed the Palace in 1980, ultimately opening in 1988. Historically the area had housed a lecture hall, later a “Bijou” Theatre and in the 1960s, offices.

In more recent times our beautiful Terrace bar welcomed tens of thousands of people for socially-distanced drinks during the pandemic. Meanwhile our theatre bar, which was redesigned during the East Court restoration project continues to be enjoyed by visitors, as does our Festival Village, which houses bars and street food on live music nights in the Great Hall. 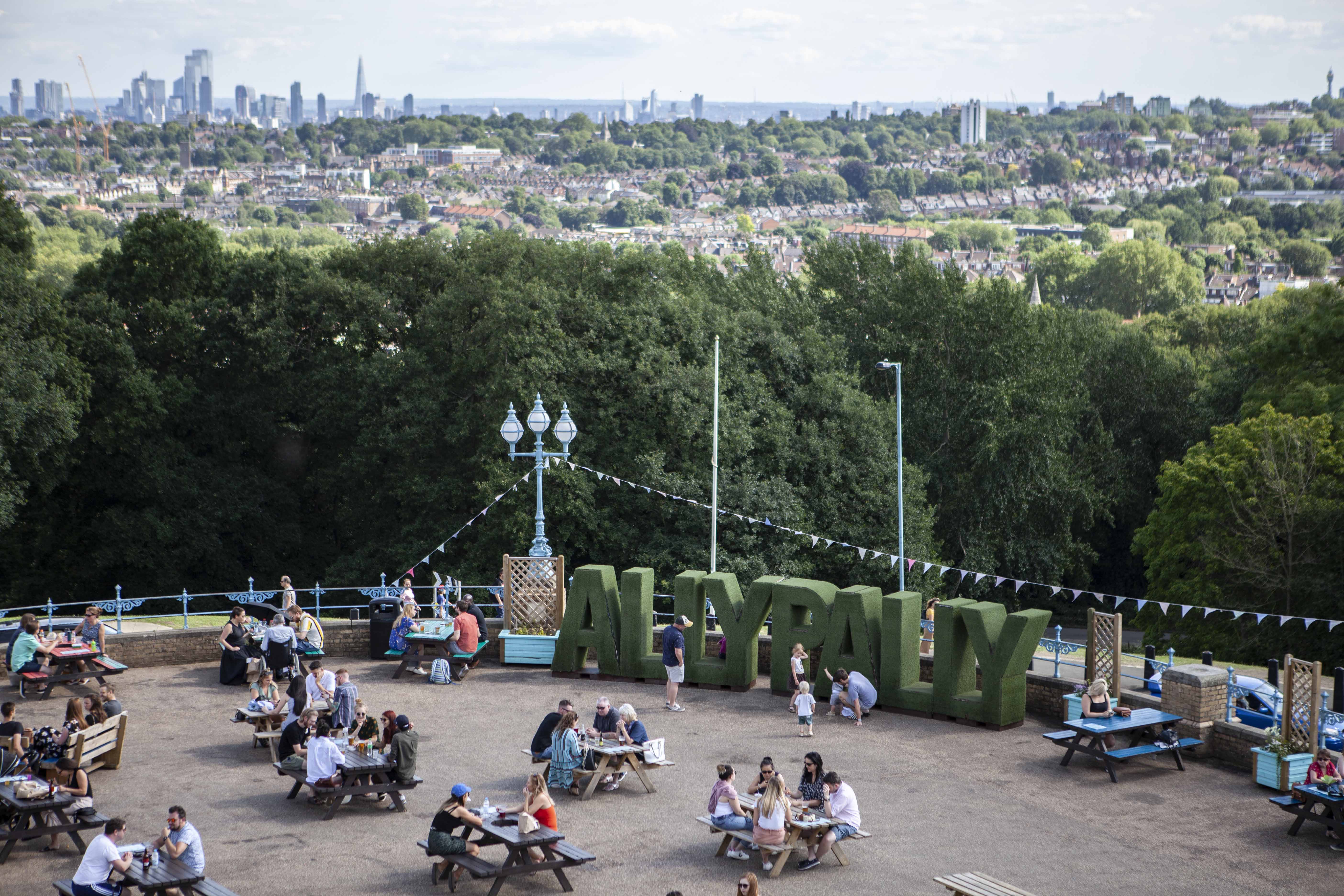 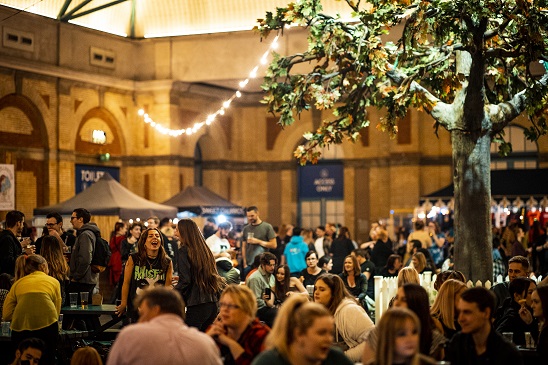 The revamped Phoenix is now open 11am -11pm, seven days a week. It is an ideal stop off spot for anyone visiting the Palace or the beautiful 196 acre Alexandra Park. Once here, you are able to enjoy one of the best views across London anywhere in the capital and remember, your custom will be helping to continue the long tradition of bars, pubs and refreshments here at the Palace!