The 24th May, 1873 marks the opening of Alexandra Palace. We take a look back at the story of ‘People’s Palace’:

Alexandra Park opened in 1863 offering a welcome escape for the population of London living in a rapidly expanding and overcrowded city. The Palace itself was first proposed by the architect Owen Jones – one of the founding influencers of the V&A – in 1859, as the ‘Palace of the People’. Jones had designed the runaway success that was the Great Exhibition (with six million visitors) and the transfer of his ‘Crystal Palace’ to Sydenham attracting two million visitors a year.

Designed by Alfred Meeson and John Johnson, with elements of the building recycled from the South Kensington 1862 International Exhibition, construction work was completed in 1868. However, the opening was delayed because of a national economic depression and major trade slump.

The Palace was finally opened, to much fanfare, on Saturday 24 May, 1873. But burnt down just 16 days later. Only the outer walls of the building survived the fire, to be included in a redesigned Palace, which was built on the same site and reopened within two years.

So much has happened in the intervening years, but many of the ideas, inspiration and physical features of the first Palace can still be seen today. 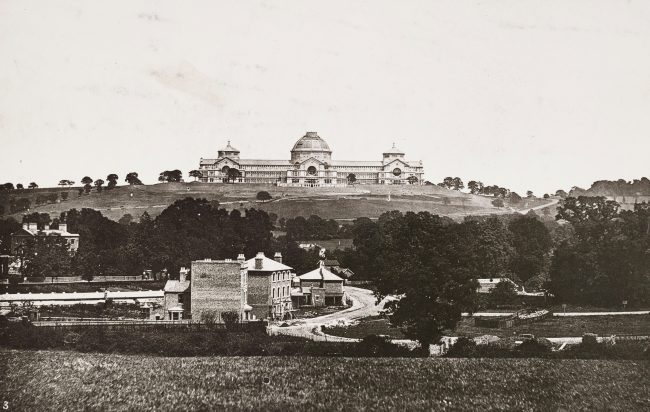 The following is a report about the 1873 opening published by the Illustrated London News on 31 May 1873:

“The opening, last Saturday, of the Alexandra Palace and Park, at Muswell-hill, beyond Hornsey, on the north side of London, was a pleasant festival to many thousands of visitors. This new place of public entertainment, as most of our readers know, is the property of a limited liability Company; the chairman and directors are Mr. H. Gruning, and Messrs. J. Goodson, C. and T. Lucas, C. Magnay, and M. J. Power.

“The grounds are situated in the most agreeable part of Middlesex, exactly six miles from Charing-cross, but amidst rural scenery of delightful freshness, variety, and beauty. They have an extent of 220 acres, laid out in park and garden, on the summit of a range of green hills, adorned with flourishing oaks and elms, which commands on every side, north and south, east and west, views that cannot be surpassed in the neighbourhood of town. Hornsey, Wood Green, East Barnet, Totteridge, Finchley, and Highgate turn their best aspects towards the Alexandra Park and there are several openings for a more distant view reaching far into Essex and Kent; but one scarcely wishes to look beyond the verdant slopes and well-wooded rising grounds of this vicinity. The entire estate here belonging to the Company is 600 acres, the greater part of which is reserved for building mansions or villas. 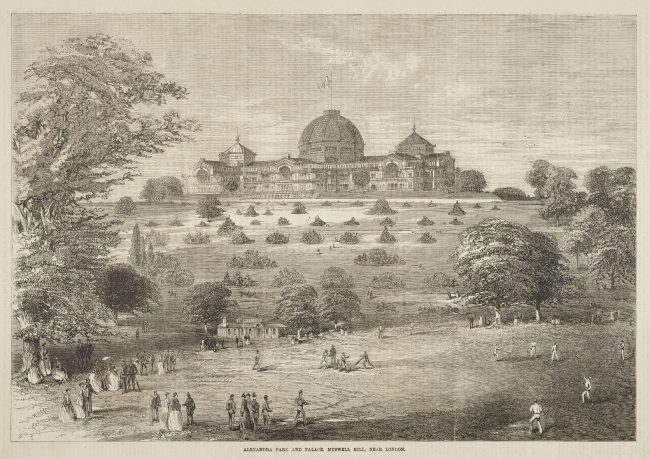 “The Alexandra Palace has been constructed by Messrs. Kelk and Lucas, from the designs of Messrs. Meeson and Johnson, architects. It is an edifice stately and dignified, as well as elegant, in the characteristic forms it presents, both outside and inside. The plan is that of a nave with three transepts, the centre being surmounted by a dome, 170 ft. in diameter and 220 ft. in height; the length of the nave is 900 ft., or half that of the Crystal Palace at Sydenham; the central transept is 430 ft. long; the other two transepts are each 320 ft. long; the breadth of the nave and of each of the three transepts is 85 ft.

“The architectural style is Italian, with arabesque decorations in blue, grey, and gold, on a ground of chocolate brown. The lighting is not from the roof overhead, but from ample side ranges of lofty windows, and from two gorgeously coloured large round windows of painted glass, at opposite ends of the nave. Stone coffers and vases of ornamental design, containing a variety of flowering shrubs and plants, alternate with statues, or groups of sculpture on pedestals, along the nave.

“The whole interior, nave and transepts, is surrounded by a series of galleries. The grand organ, above the orchestra in the central transept, is an instrument of great size and musical power, constructed by Mr. H. Willis, under the superintendence of Sir Michael Costa. In the north transept there is, at its west end, a spacious and commodious concert-hall, with another organ; at its east end a theatre nearly as big as that of Drury Lane. 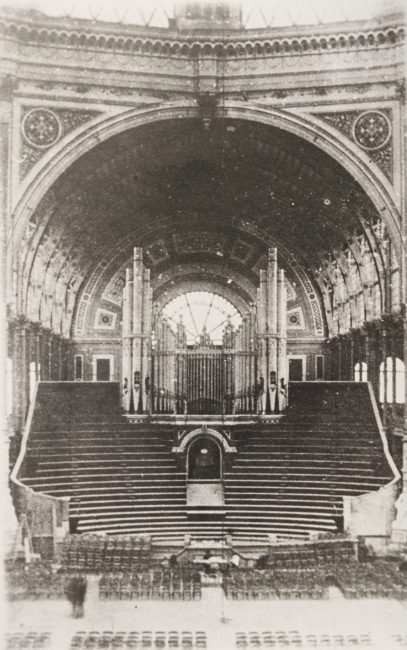 “These arrangements show the nature of some of the indoor recreations to be provided for visitors, in addition to flower shows and fruit shows, bird shows, cat shows, the picture galleries, and different collections of works of art, of antiquities, or of natural curiosities, to be varied from time to time. A marine aquarium is to be formed; horse shows, dog shows, pigeon-races, athletic sports, archery-matches, cricket-matches, and displays of fireworks are to take place on the grounds; and the Alexandra Park races, in July and September, will be run over a course of one mile and a furlong, with a very handsome grand stand for spectators.

“We shall probably have frequent occasion to notice or record these proceedings, and other fashionable or popular gatherings at the Alexandra Park, beginning with the series of six opera concerts, the first of which was given on Thursday last. The entertainments of Saturday consisted first of a flower show in the nave, which was a very pretty sight, whether on close inspection or viewed from the gallery at either end, and a grand concert afterwards in the central transept, which is mentioned in our report of musical performances. It must be confessed that a large portion of the assembled company were unable to hear the music, but we trust they all enjoyed themselves in one way or another.

“The new line of railway from King’s-cross to the Alexandra Palace is most convenient, giving access to it by a station platform directly beneath the main entrance, with an ascent by few steps to the central transept, as at the High Level Station of the Crystal Palace.” 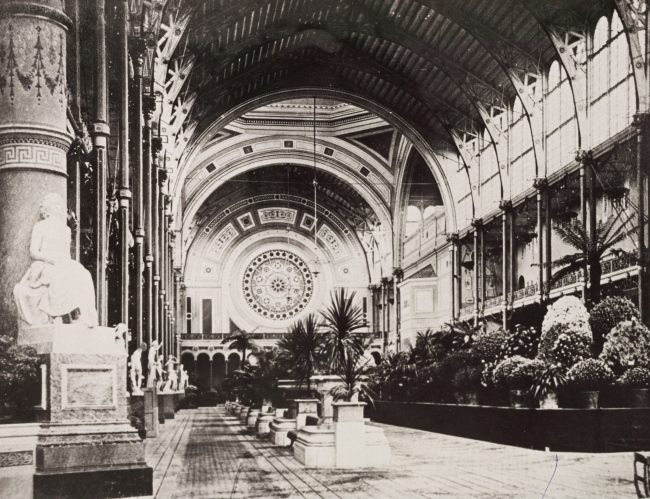