Underneath Alexandra Palace, long hidden are a network of cellars that are being opened up to the public for the first time for Rift Theatre present A Night at the Circus, for Kaleidoscope.

The cellars were the workhouse of Alexandra Palace. The first Palace building burned down 16 days after opening, with the second built on a larger footprint it swallowed up the original cellars but the first Palace’s external cellar walls can still be seen within the current labyrinth of underground spaces.

Plan of the First Alexandra Palace, 1873

When the rebuilt Alexandra Palace opened in 1875 the many restaurants and cafes along the south terrace were rumoured to be the largest single catering offer in Europe. There were hot and cold dining rooms and in typical Victorian fashion, first, second and third class dining.

The cellars contained the kitchens, linen and wine stores to support the thousands of visitors that would pour in on bank holidays. A huge team of staff would prepare and serve the dining rooms above, however in such a big building visitors often complained that food was cold before it got to them! 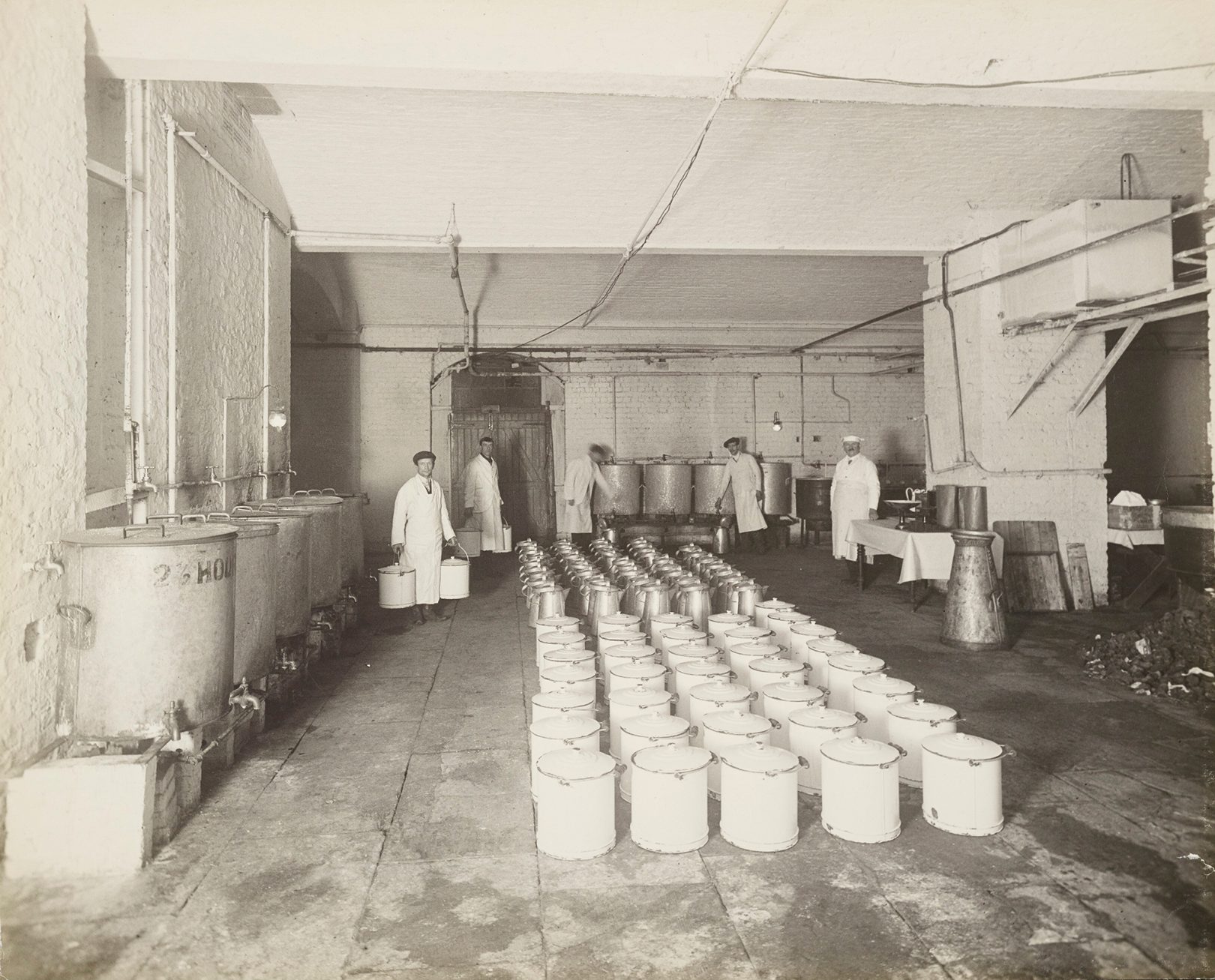 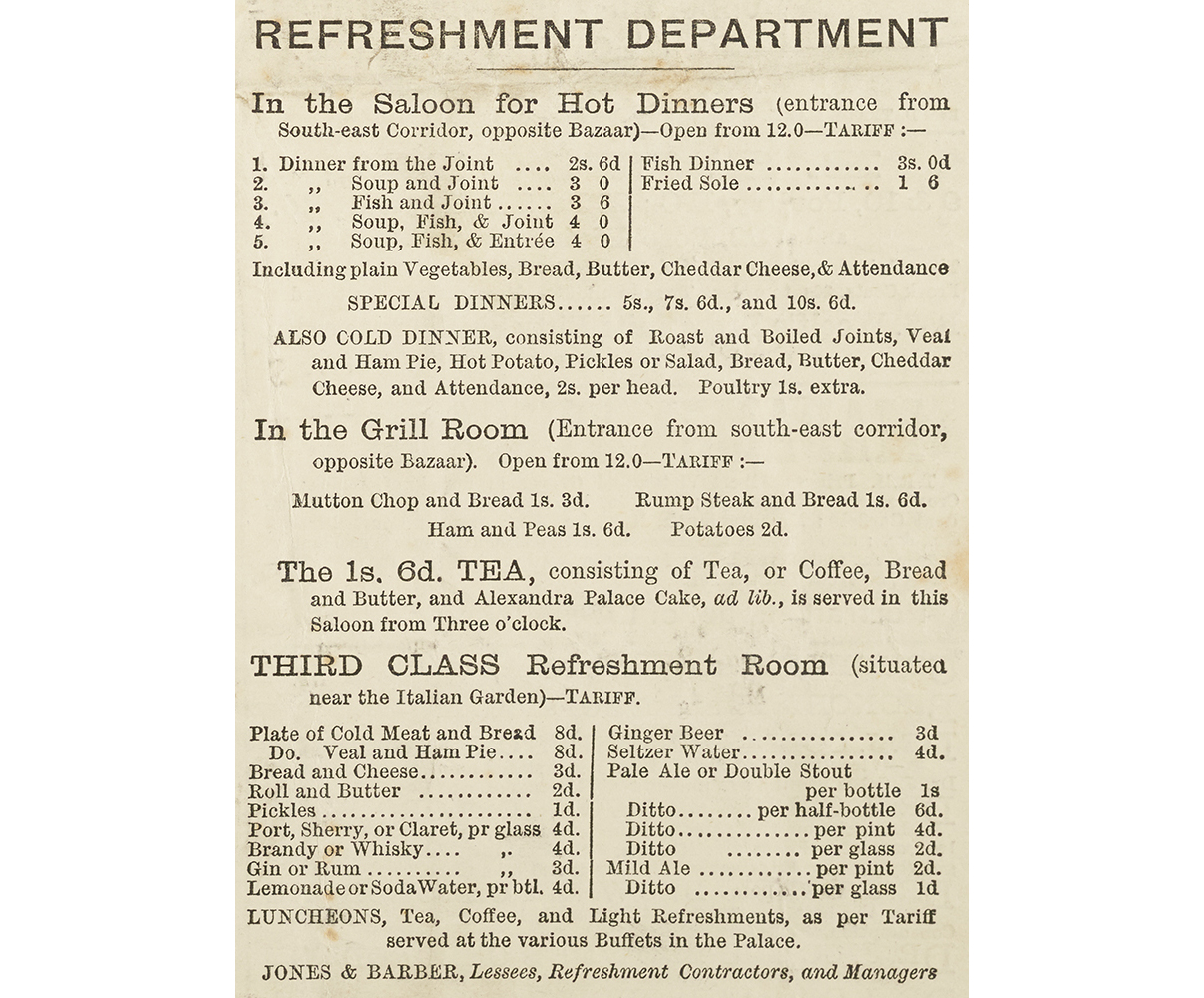 The Victorian ranges, including in some the ash of their last fires, are still in situ though now very decayed. The linen stores, however are still recognisable today. 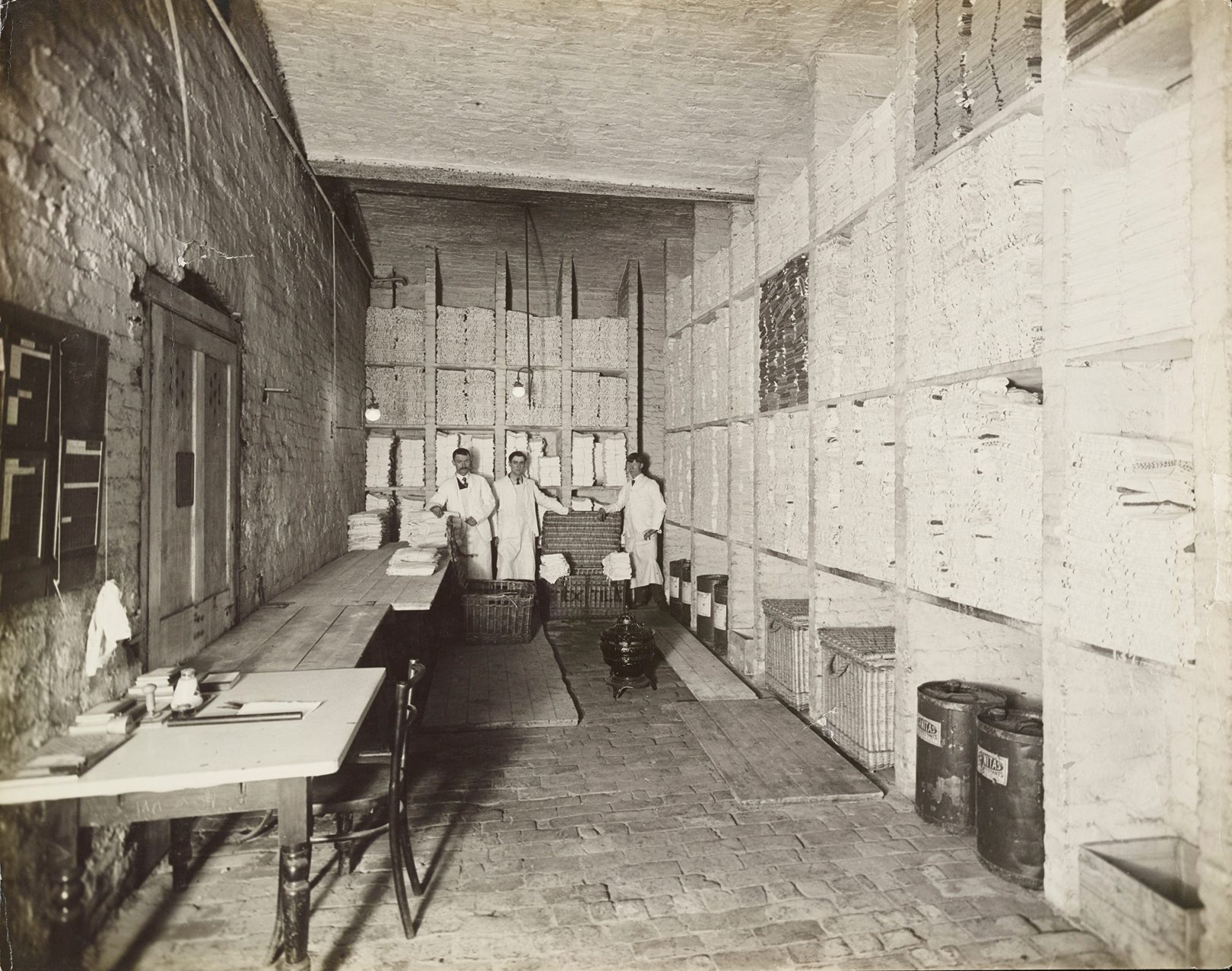 Throughout the First World War the Palace was closed to the public and used instead as an internment camp for 3,000 German, Austrian and Hungarian ‘enemy aliens’. With that volume of men living in close quarters the site was busy and noisy. A solitary confinement cell was built in the cellars to house rowdy internees but was often requested as a space to escape to. The cell survives today, as does a forge used by the internees, many of whom were talented artists and craftsmen. 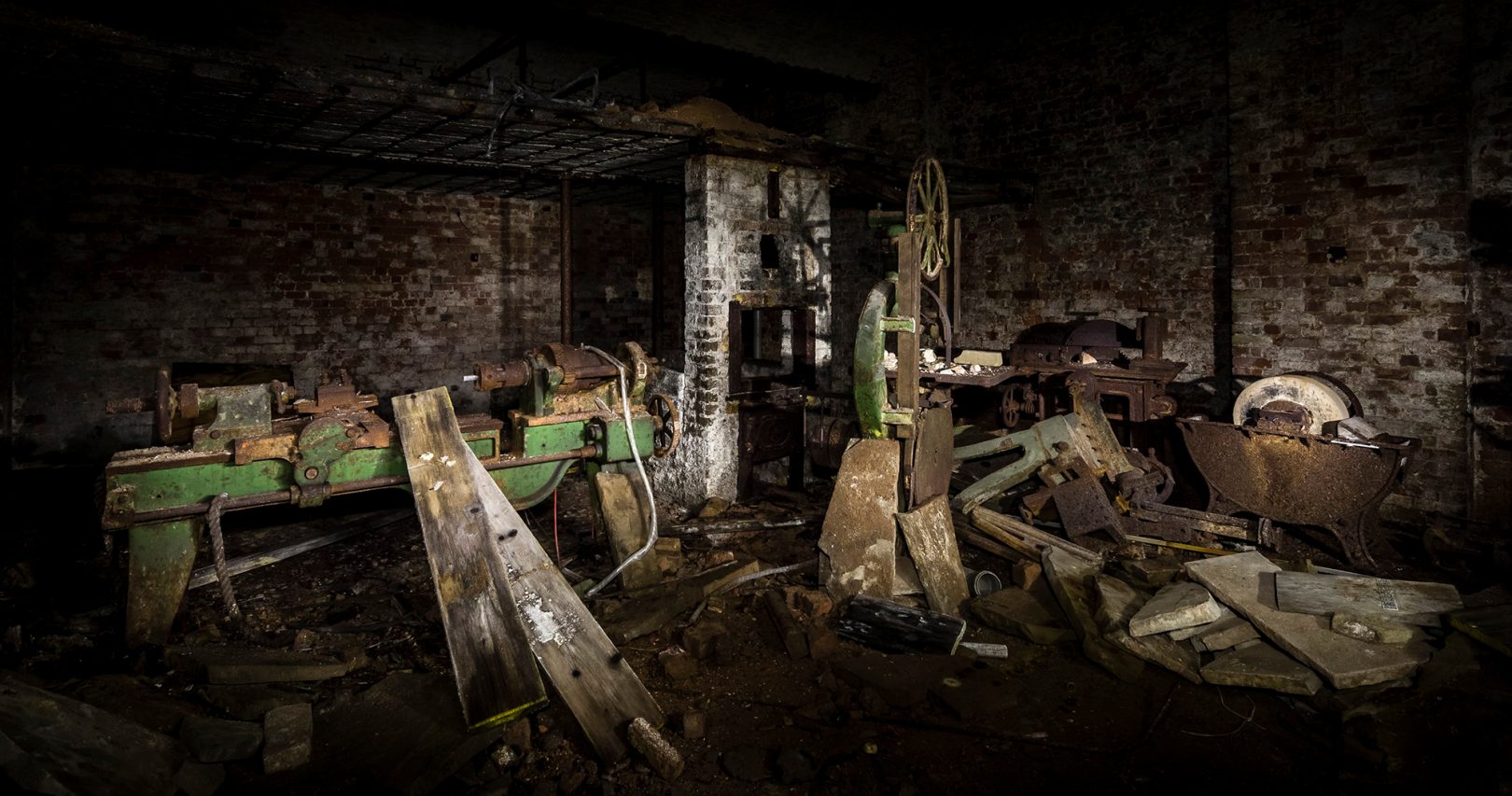 When the BBC brought television to Alexandra Palace, the dining rooms gave way to studios and the cellars below became the engine house. Machinery and engineering rooms powered the new technology above. Adapted with the latest equipment, a lift was installed to bring elaborate scenery, props and even wild animals into the studios. 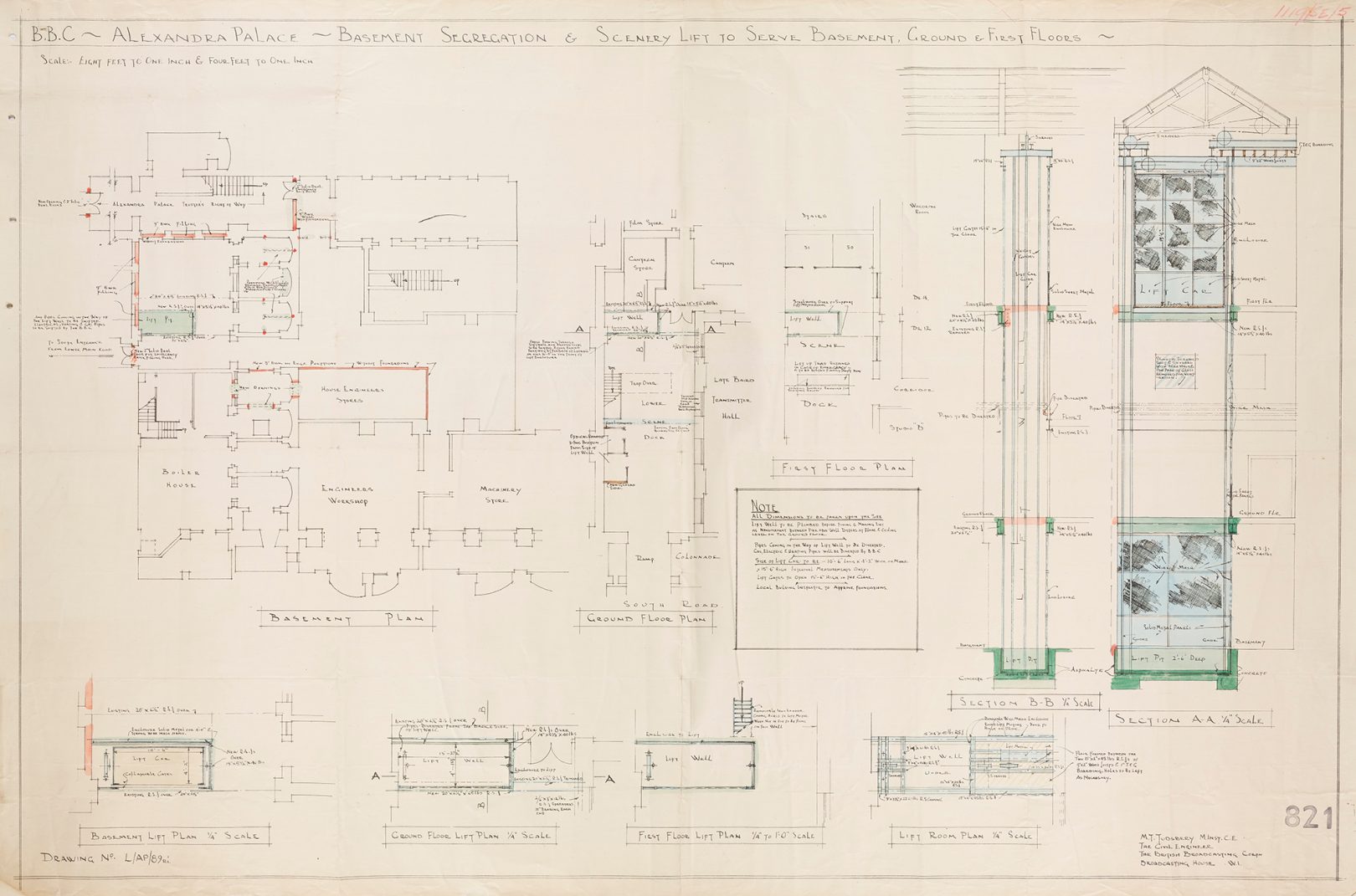 As with all of Alexandra Palace the cellars have layers of history and document the ever changing nature of the site, adapted and reused to cater and entertain.