4 July, 1990 was a special date in the history of Alexandra Palace: it was the official opening of our ice rink!

An awful lot of fun, expertise, competition, a few famous faces, even a couple of world records, and much more, has been packed into the last 30 years.

It’s impossible to cover everything, and everybody, that has made the Ally Pally ice rink such a loved destination, but just for starters we’ve picked out a few highlights and key dates below.

When the Palace first opened, our ice rink area was called the Bazaar, which was part of the ‘Exhibition Department’ to the east side of the Great Hall. It subsequently went through a number of incarnations, being used as a concert hall and even at one time, a rifle range. 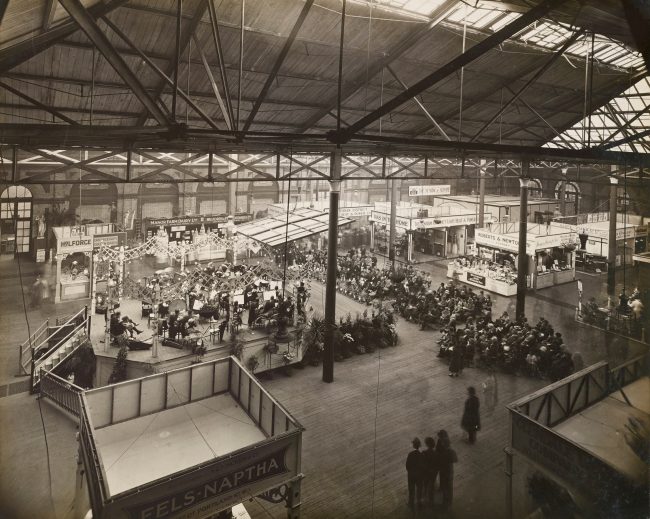 This picture demonstrates the transformation required to build a fully functioning ice rink (the rink was also upgraded in 2010/11). 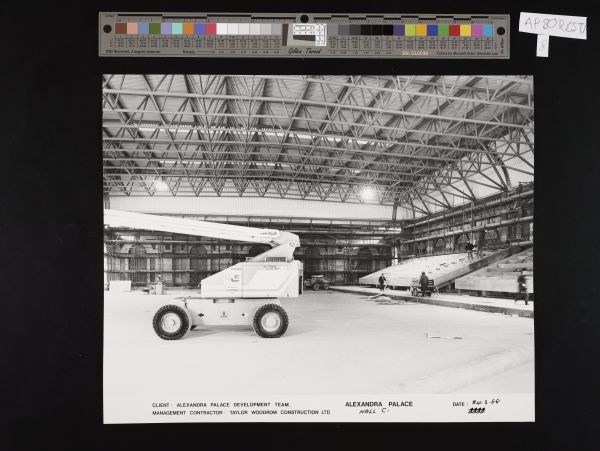 Then on Wednesday, 4 July 1990 (the same day England were knocked out of the Football World Cup by West Germany!) the ice rink was opened. This plaque was made to commemorate the occasion. 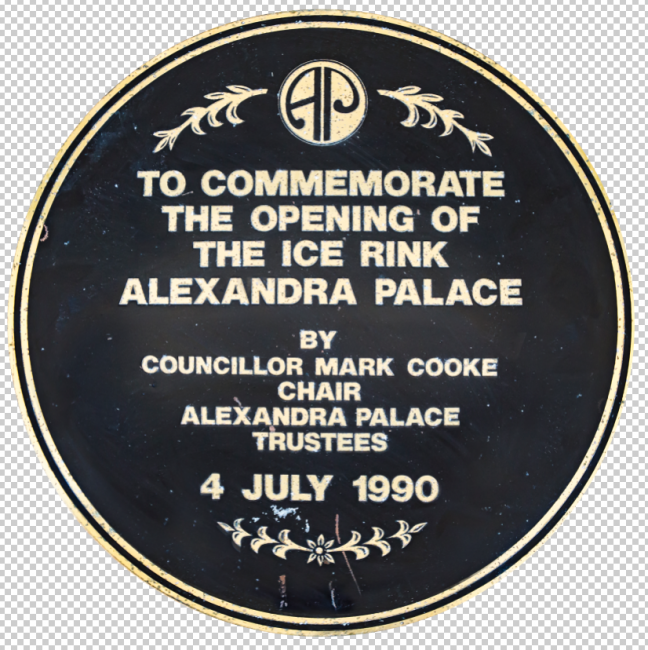 ON THE ICE
Over the years the rink has become loved by thousands upon thousands of skaters. For better or worse, most of us will remember the first times we ventured onto the ice, and we’re proud that Ally Pally ice rink will hold this memory for so many people in north London and the surrounding communities.

The rink’s team of professional instructors cater for ages ranging from two to 90, and people of all abilities. The rink has also served as a training ground for professionals and elite competitors going on to national and Olympic levels, as well as a number appearing in professional shows such as Disney On Ice, Hot Ice and Illusion on Ice.

The mad, fast, hard world of ice hockey has brought a completely different element to the rink in recent years. Again, providing accessibility has been a key, with clubs on offer for novices, juniors and seniors. We’re really proud that since 2017 the rink has been home to the Haringey Huskies, who’s performances have gone to another stratosphere in recent times. Lee Mercer, Haringey Huskies owner, says:

“It’s a great honour and a privilege to play in a building such as Alexandra Palace. You walk in and just feel the history from the brick work! For me as the owner of Haringey Huskies, winning the league title adds to the great achievements of the off-ice team and ice rink staff and management. It’s a great foundation to build on for the next 30 years.”

When the action is back on, we’d urge you to give it a try. 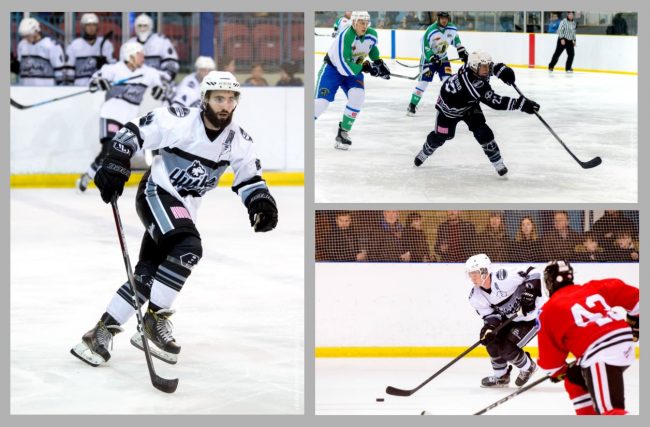 The Christmas Pantos have created a festive tradition, with performances including Peter Pan, The Little Mermaid and Snow White. 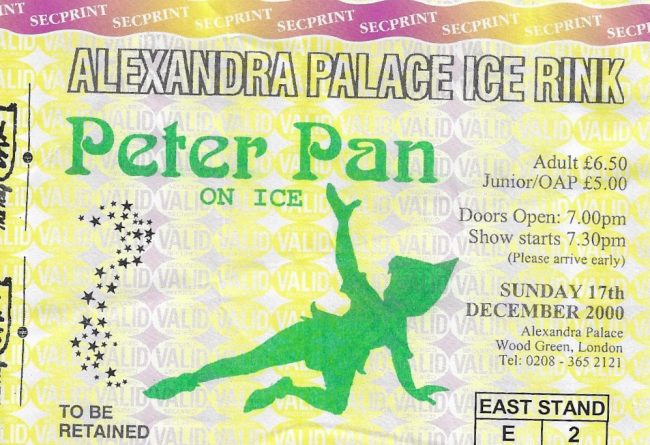 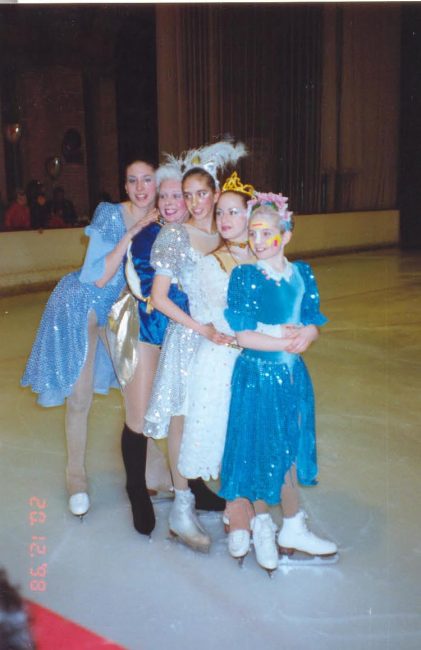 We’ve also welcomed people to enjoy a boogie with our music themed club nights. If you’ve never skated to Bowie or Springsteen, have you fully experienced them?!

And did you know, we’ve twice hosted the World Record for the longest Conga on ice! This has helped to raise money for the much loved Alexandra Wylie Tower Foundation which is close to the heart of everyone at the ice rink. 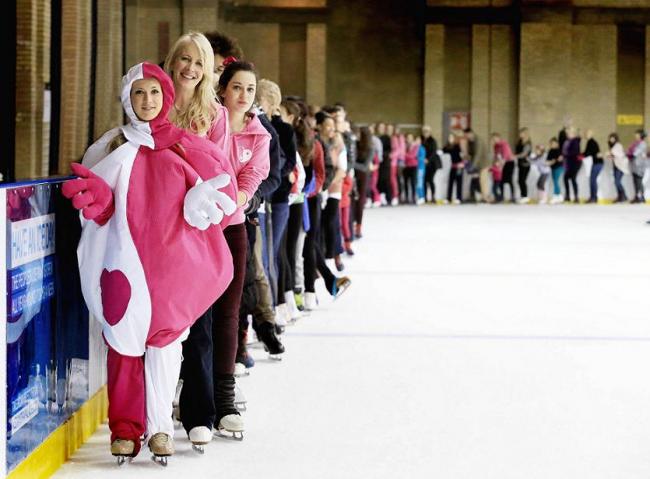 FAMOUS FACES
We hate to drop names, but the Ally Pally rink has welcomed a few famous faces too.

Torvill and Dean have often graced the ice, along with all those celebs daring to take on the challenge of ITV’s Dancing On Ice. 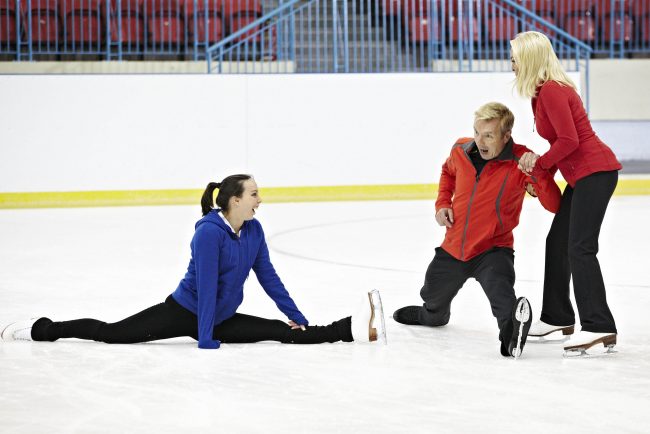 We’ve even had the Mother of Dragons – Emilia Clarke – filming here, albeit in a slightly different role, in her film Last Christmas.

Ally Pally CEO, Louise Stewart, recently gave an update on when the ice rink could be reopened. We’re certainly looking forward to getting people back on the ice as soon as we can. In the meantime, do share your ice rink memories with us as we start imagining what the next 30 years on the ice holds.

In the words of David Carter, Ally Pally Ice Rink Manager: “Ally Pally Ice Rink has been a home, family and community to so many generations. We hope to continue to be this for our regulars and new comers. Thank you for your support and we hope to see you again soon!”