Celebrating the 75th anniversary of BAFTA and the Palace’s place as the birthplace of BBC television in November 1936, the Palace welcomed 1,000 pupils to the first Big Schools Day. The event was attended by 19 schools from across the borough ranging from Year 5 – 7 including 9 schools that hadn’t previously engaged with the Palace’s learning programme. Showcasing careers within television the day was hosted by Ben Shires (Officially Amazing) and Lyndsey Russell (Blue Peter) with pupils attending finding out about presenting, music in programmes and transforming 2D characters into 3D with Microsoft Paint. 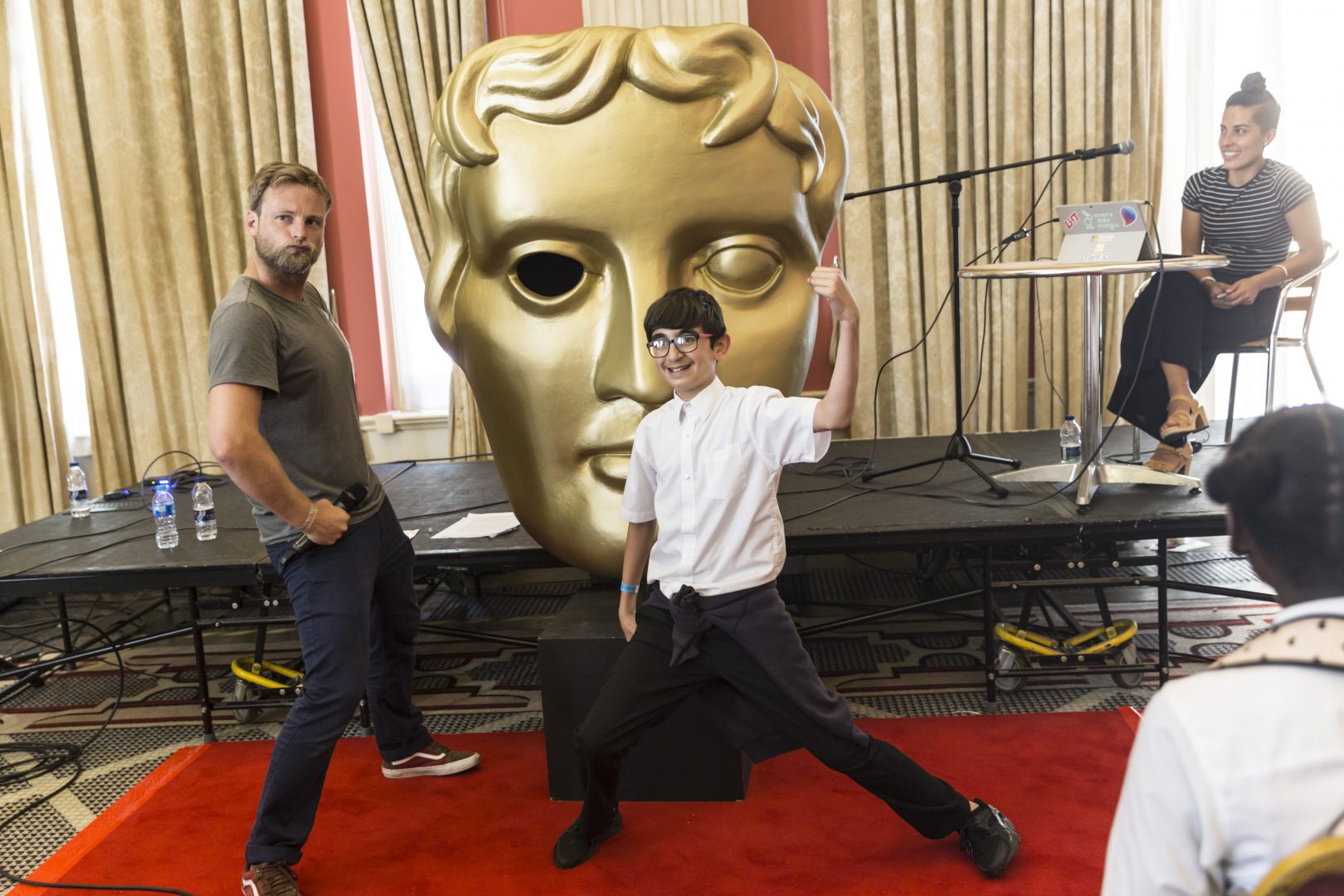 This was the first event of its type and overall we were delighted by how it went, both partners have agreed in principle to running a similar event next year. Feedback was requested from teachers who attended and all suggestions will be considered in the planning stages:-

On behalf of Campsbourne, I would like to say a massive THANK YOU for inviting us on Tuesday. We all had a really great time and the children clearly gained an awful lot from the event. If you are running anything similar in the future, please do make us aware!

I just wanted to say how excellent yesterday’s BAFTA day with you was!  Mrs Moore said she’s never been to anything like it and it was incredible – well organised, stimulating, fun and really original.  If you do this again – can you include us?