We’re blown away to be hosting the finale banquet of the BBC’s Great British Menu 2022.

The banquet theme celebrates 100 years of British broadcasting, with the Palace selected because it was where, starting in 1936, the BBC made the first regular public television broadcasts, inventing modern tv as we know it.

Throughout the centenary year of the BBC we’ll be shedding more light on the stories behind this truly pioneering time. But the Great British Menu has also given us the chance to delve into another story that weaves through the history of Ally Pally – food! Here’s a snapshot from our archive:

A Palace kitchen with cooks and serving staff waiting in doorway, circa 1930. Alexandra Palace had multiple dining rooms and extensive kitchens. The distance between the kitchens and serving spaces meant that guests often complained the food was cold by the time it arrived. 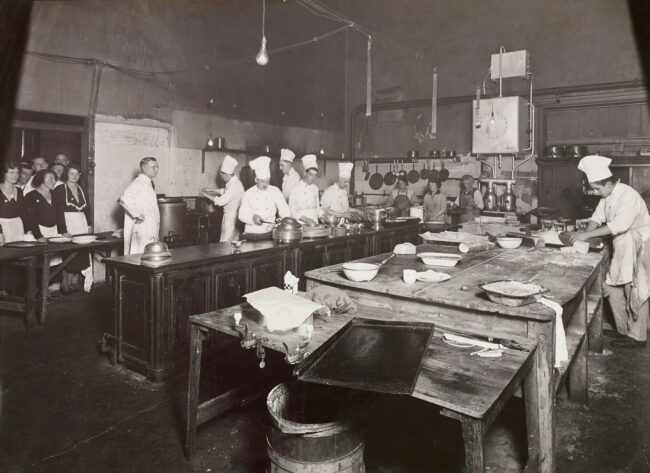 Blandford Hall, also known as the Tudor Banqueting Hall in Alexandra Park. For those of you who know Ally Pally well, this Hall was situated on the east side of the Park, on the route between the Rose Garden and the path to the train station. Menus on the tables read “The Alexandra Palace Ballroom and Skating Rink Menu & Tariff”. 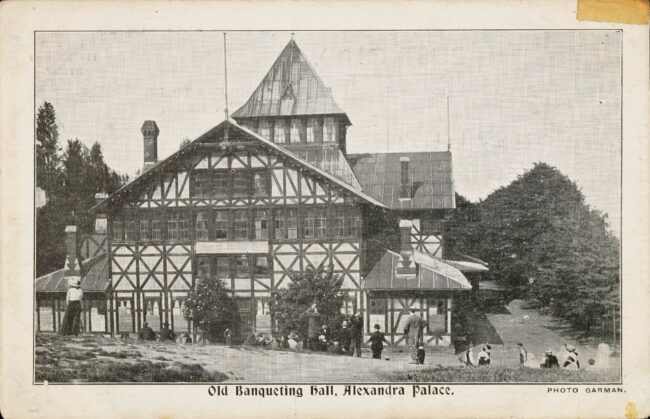 And a peak inside Blandford Hall itself (that flooring is crying out to be danced on!)… 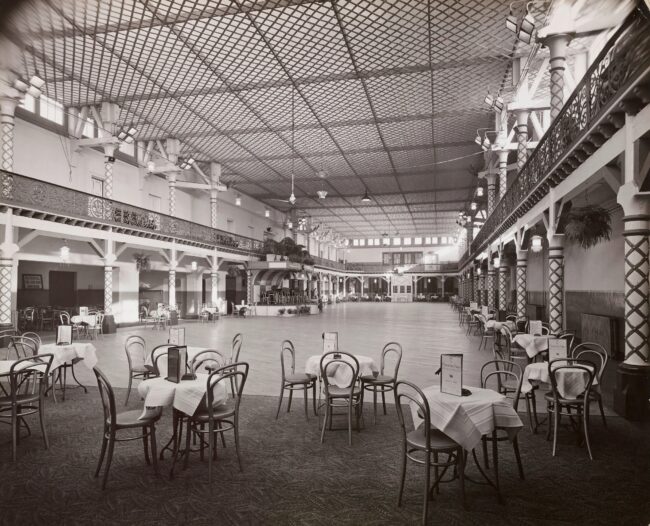 A military banquet in the Exhibition Hall, which is now the ice rink, circa 1920. As well as providing refreshments and catering to visitors to the Park and Palace, in its formative years Alexandra Palace regularly hosted large banquets, including the Balaclava Banquet, first held in 1875 for veterans of the Charge of the Light Brigade. 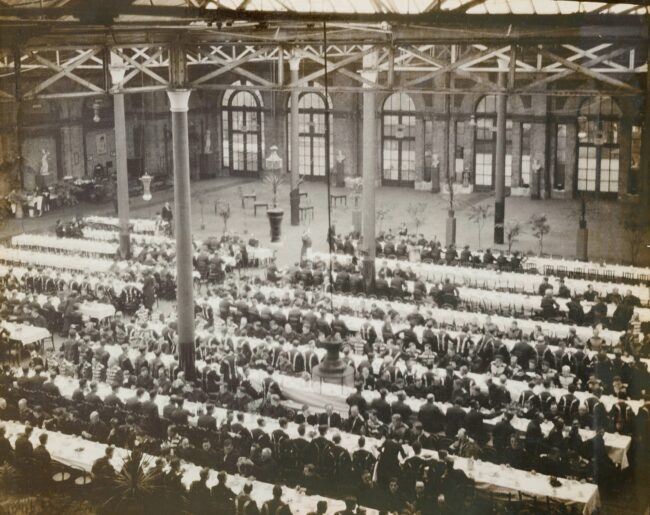 Another example of a banquet set up, this time in the Great Hall under the Rose Window. The Great Hall is now most associated with live music, with artists such as Lorde, Charli XCX and Michael Kiwanuka set to fill this space in the coming months. 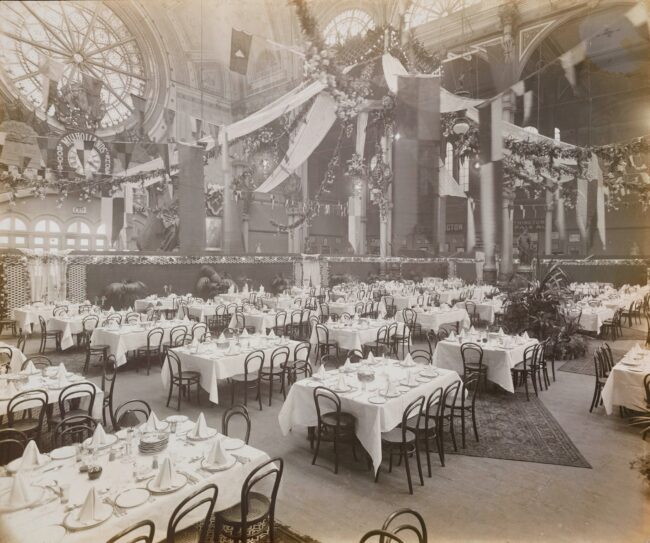 Meals of a different kind. This picture from 1915 shows how food was provided to refugees during the First World War, when the Palace was repurposed as an internment camp. 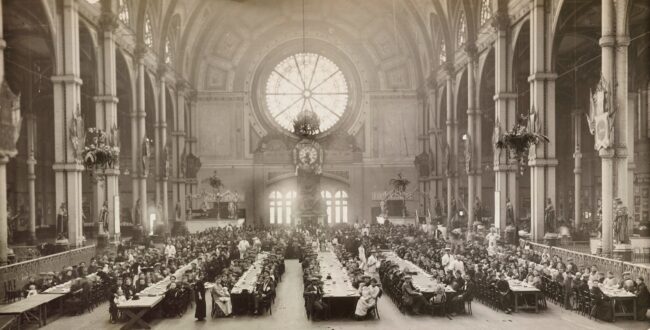 Huge amounts of preparation went into providing meals, for formal occasions and everyday visitors. The below picture, from around 1900, shows vats in the basement dairy/cold room of the Palace, where milk and water were stored before serving in the dining suites above. 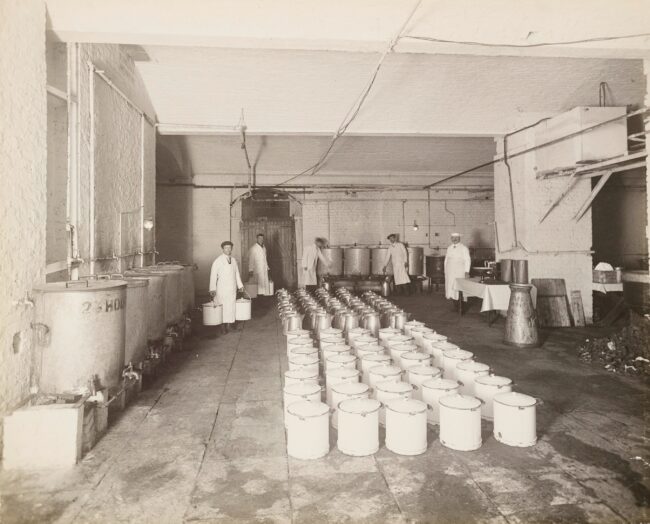 And if you needed another reminder, here are this year’s judges of the Great British Menu setting the scene for the series finale. You can tune into the final on Friday, 1 April at 7.30pm on BBC2.