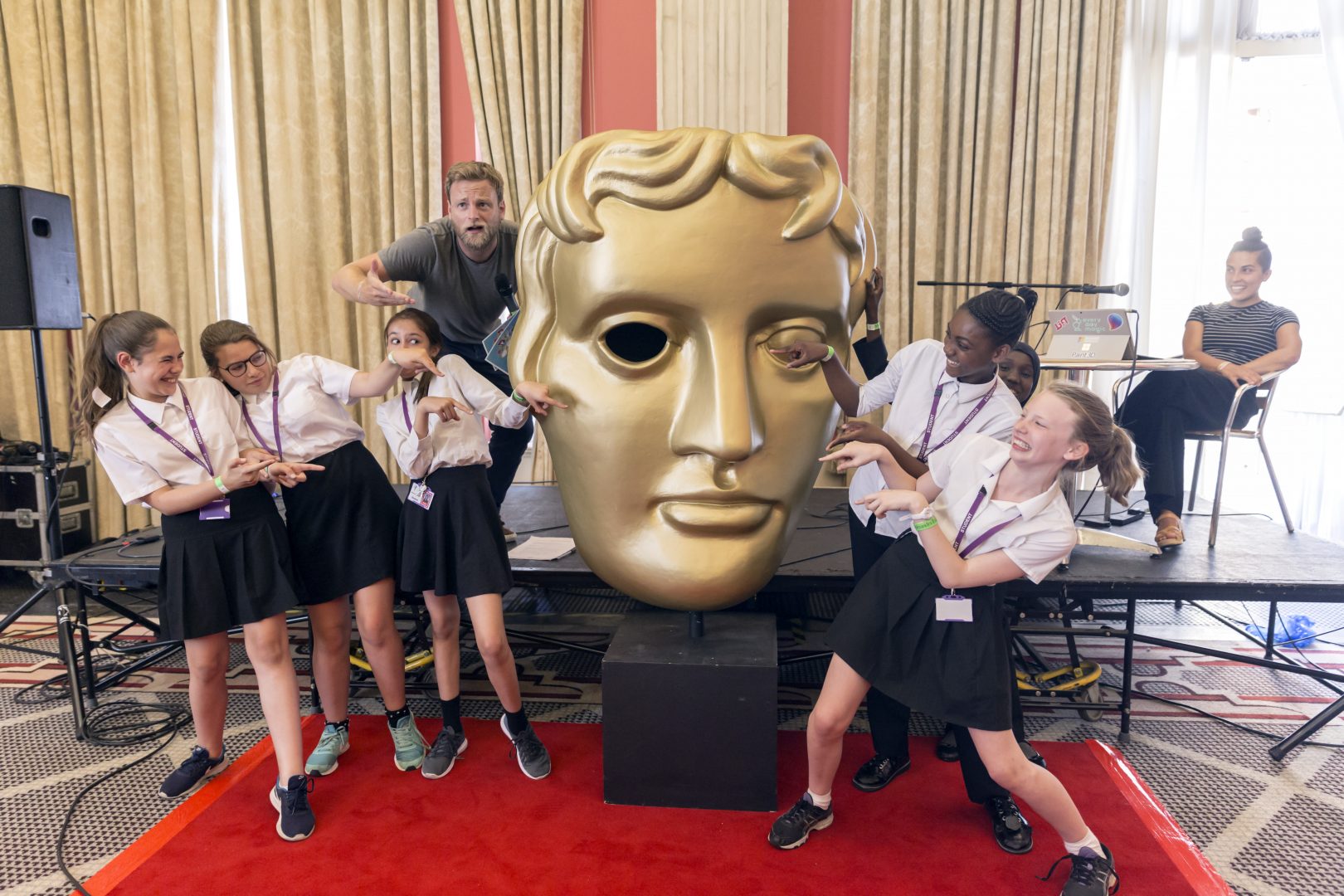 Each year we team up with BAFTA Kids for the Big Schools Day. On 26th June over 1,000 school children will descend on Alexandra Palace for an incredible day of activities. The event is a celebration of the film and television industry as well as showcasing an enormous range of creative careers and encouraging the attendees to reach their full potential.

Throughout our history we’ve celebrated innovation and entrepreneurialism, welcoming creative and talented personalities including Dolly Shepherd (Edwardian Parachutist), Grace Wyndham Goldie (producer and news pioneers), Ann Hogarth and Annette Mills (creators of Muffin the Mule) and most recently HAIM. As the birthplace of the world’s first high definition television service in 1936, Alexandra Palace has been involved with television since its launch in the UK. This relationship continues to this day with as we host film and TV shoots throughout the year.

2018’s event is extra special as we mark the 100th anniversary of the suffrage movement and throughout the day we’ll be highlighting the pioneering women who worked at the Palace as well as hearing from leading figures working in television today. Guests include Naomi Wilkinson and Lindsey Russell.

Another of the guest speakers on Tuesday will be Alexandra Ferguson Derbyshire who has been executive producer on both Paddington films – two of the most successful British films in recent years. Alexandra’s other production credits include Tinker Tailor Soldier Spy and Anna Karenina. Ahead of the event she talked to us about her favourite shows and her route into film.

What were your favourite TV shows growing up?

When I was growing up we watched whatever was on TV as there was little choice. I remember sitting down as a family to watch Dad’s Army, Upstairs Downstairs. Rising Damp, The Good Life. As children we watched Saturday morning TV regularly every week including Swap Shop, Tiswas and Crackerjack on a Friday afternoon. And Screen Test. The animated children’s shows I remember best are Rhubarb and Custard, Paddington. Mr Benn, The Herb Garden. and my favourite was the Magic Roundabout which I still like today.

During Big Schools Day we’ll be celebrating iconic Film and TV shows. What are some of your recent favourites?

I also thought Black Panther was a good story and I really enjoyed the energy. I went with my 13 year old son and was pleasantly surprised. And a female Director of Photography in Rachel Morrison! Great stuff.

What was your first job in film?

I went to film school and in my third year I met someone who had just started directing commercials. I asked him for a job as a runner and said I would work for free. I did one day for free. That led to another job, and another … and now it is 30 years later and I get paid now!

If you could switch roles and do any other job in the industry, what would you do and why?

I absolutely love my role as it spans so many different areas. In film school I thought I wanted to be a screenwriter or an editor. I started off in the camera department on music videos. I like the way that my role is both organisational and creative. I suppose the only role I would like to try out would be directing but definitely not acting, I am far too camera shy!

If you could give career advice to your younger self, what would you say?

I think I did the right thing and it’s the same advice I give to people starting out. Try to get your first job and then become as indispensable as possible. Make the best tea, be really interested in what is going on and always go the extra mile. Be cheerful, that helps too. And if you are good and get noticed then you get another job.

Also, I think humility and patience is key. You are not going to be the boss on the first film. I think that’s what I somehow knew and I was always happy to learn from people with more experience. I still am! I sometimes think it wasn’t completely necessary to go to film school and now there’s the added challenge of student fees. In some ways it would be better to get a job straight out of school or some practical experience as an apprentice. Film work is mostly experience based and the only way to get the real experience is to work on films!

Who inspired you to get into film?

When I was younger I didn’t know it was an option to work in film. It had never crossed my mind. I met someone through a friend whose parents and stepdad worked in film – one as a writer/ director and one as a stills photographer and his dad was an actor. Only then did I get the idea that people got paid to do these things. And their world was so creative and vibrant. They were all interesting people. Once I knew it could be done, I dropped my other plans and focused on getting into film school.