Alexandra Park is teeming with wildlife, with hundreds of species calling the 196 acres home (or a temporary home!). This includes an extraordinary variety of butterflies, for which the Park is an important urban oasis.

Gerry Rawcliffe, a local butterfly enthusiast who has produced studies of the Park’s butterflies for the Friends of Alexandra Park, explains more:

With 27 species of butterfly recorded in 2020, Alexandra Palace Park was already in the premier league of London butterfly sites.

Amazingly two new species have been added to the Park list in 2021. Firstly, on 18 May, a Long-tailed Blue (pictured below), was seen briefly on the meadow below Blandford Hall. The species is essentially southern European, but is also strongly migratory and has been arriving in small but increasing numbers on the south coast in recent years, albeit a lot later in the summer. The arrival of our specimen coincided with other migrants such as Painted Lady butterflies and Silver-Y moths, but as a feeder on the plants of the pea family, it is also possible a caterpillar hitched a lift in a packet of mange tout! We have no way of knowing, so it definitely goes on the Park list. 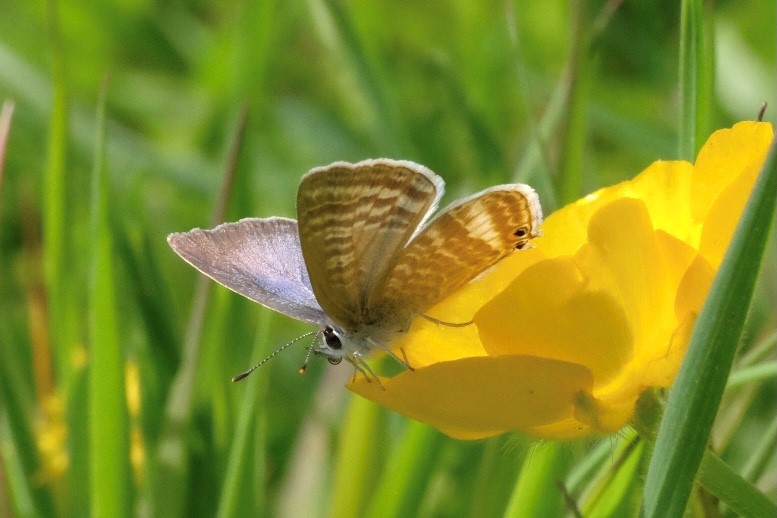 There are no doubts as to the provenance of the second addition: a Green Hairstreak (pictured below), found on 7 June on the main meadow above the Lower Road. Although there are no particularly close breeding sites, the butterfly is a known wanderer and likes the mixture of open ground and hedgerow that the Park offers. 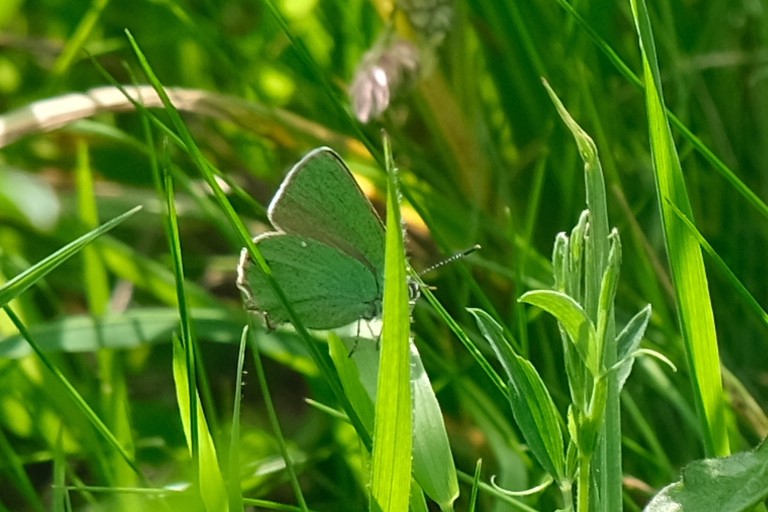 With the list of regularly occurring butterflies in Britain standing at 60 species, nearly 50 per cent can be seen in the Park. Indeed if we were to add in Wall Brown which was last recorded in the Park in 1995, we hit the magic 50 per cent. Unfortunately, Wall Brown has disappeared from most of inland Britain, for reasons not fully understood, to become an essentially coastal species, so we are not likely to see its return to Ally Pally in the near future.

But there are a couple of other contenders that could make an appearance. Firstly, our nearest Purple Emperors are on Hampstead Heath, and the Park has the mix of oak and sallow that they require. They are also a known wanderer, so it’s worth keeping an eye on the crowns of the Park’s magnificent oaks through July, especially those in proximity to sallow bushes like those in the vicinity of the Conservation Pond.

The other contender for new kid on the block is another Hairstreak – this time Brown Hairstreak. This is an uncommon species of woodland edges, scrub and hedgerow on heavy clay. Sounds like the Park! Indeed the Brown Hairstreak has been increasingly recorded making its way eastwards around the north of London and the nearest established colony is at Fryent Part in Brent. They lay their eggs on Blackthorn, of which there is plenty in the Park, some of which has been pruned to encourage the new growth preferred by the butterfly.

Aside from these rarities, butterflies can be seen in the Park in every month of the year if winter sunshine tempts a Red Admiral or Brimstone out of hibernation. Spring and summer are, however, the peak times and we are just seeing our summer butterflies getting going, with the first of our Marbled Whites (picture below) now on the wing. This is another butterfly that has spread strongly from the west and obviously found the Park to its liking.

We are amazingly lucky to have all these butterflies on our doorstep – why not get out there on a sunny day and see which ones you can find. 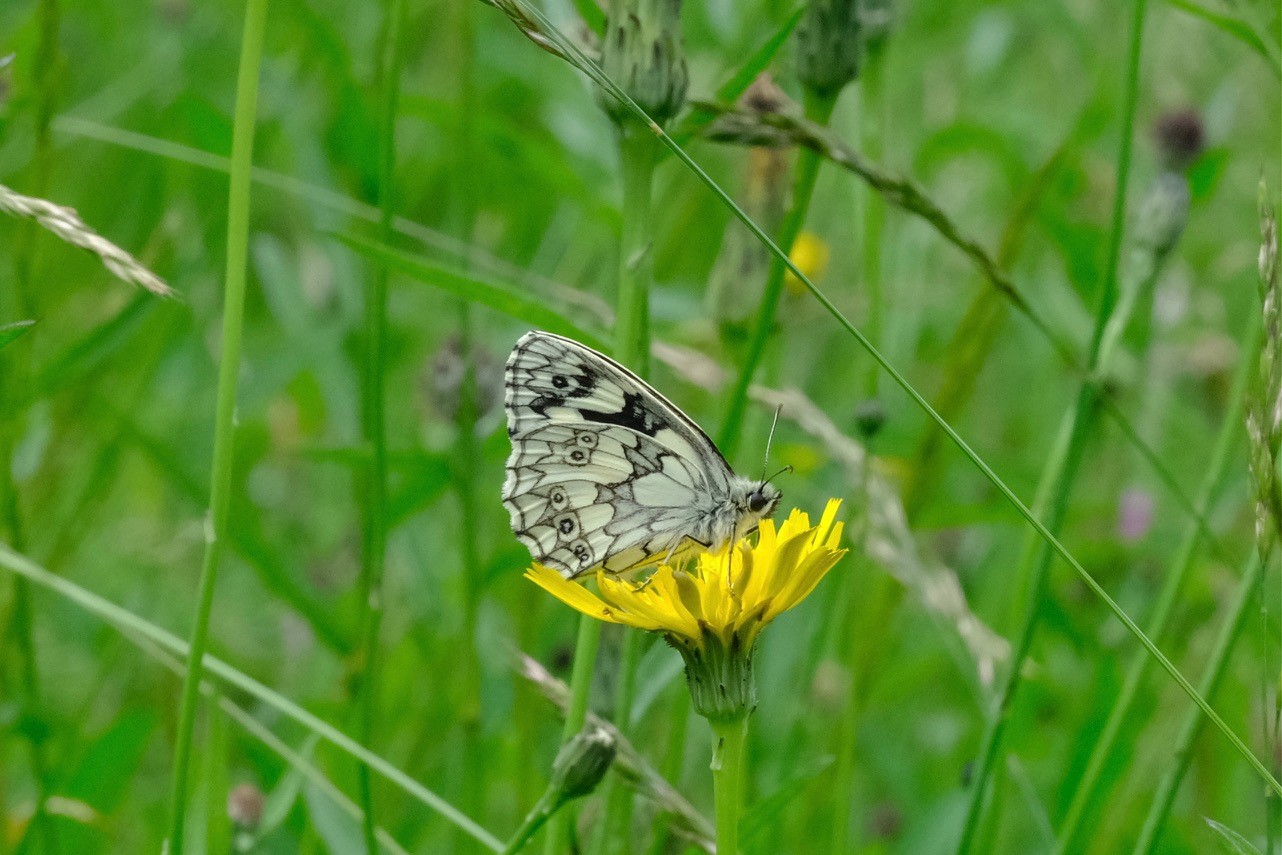