Alexandra Palace has always been attracted to the latest innovation, as evidenced by its extravaganza of theatre stage machinery which added visual trickery to live performances. Elsewhere in the Palace optical tricks were popular sideshows in the pre-film era. A camera obscura sat outside the East Court and dioramas in the Theatre recreated the glamour of foreign travel through moving painted backdrops. Panoramas featured dramatic scenes painted on 360° canvases in dedicated rooms, creating an immersive experience. The London Stereoscopic Company was the exclusive photographer of Alexandra Palace, making it the VR of its day. 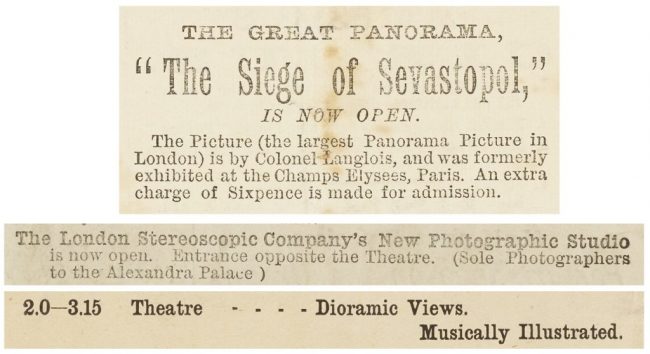 It’s no surprise then that Alexandra Palace embraced the latest invention – cinema. Advertised as “The Marvel of the Age” it was playing regularly at the Palace less than three years after the Lumiere Brothers first screened their films in Paris. These “Animated Picture” screenings took place in mobile set-ups, sometimes called Bioscopes, operating more as sideshows or part of a variety programme. 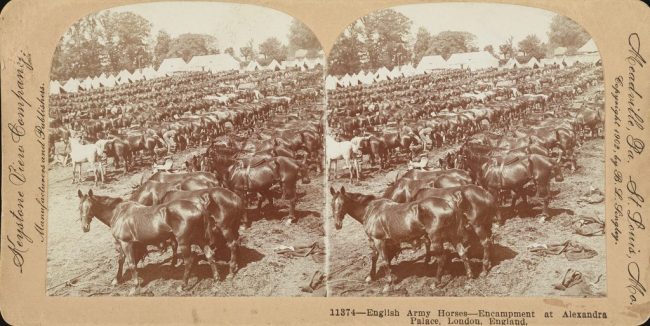 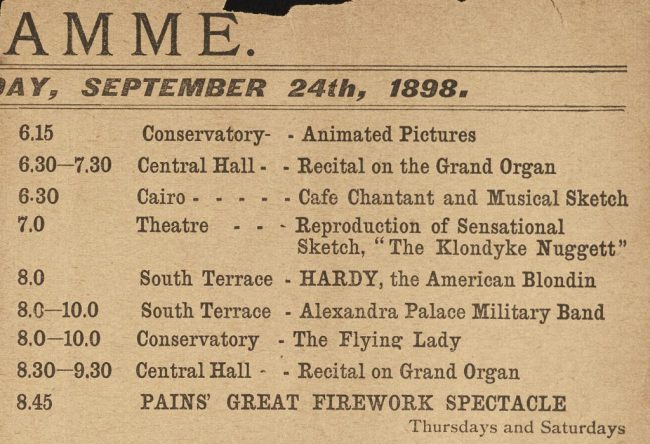 In 1895 the medium was in its infancy when local pioneer R.W. Paul started experimenting with Edison’s Kinetoscope, creating a new camera with fellow inventor Brit Acres. Paul developed both the technology and the medium, using multiple-exposures to create a ghostly effect in the first film adaptation of A Christmas Carol. Paul built the first film studio in the UK at Muswell Hill and in 1898 shot A Switchback Railway featuring the Palace’s rollercoaster just outside the east entrance.

Very quickly cinema became a popular entertainment and by the turn of the century Alexandra Palace was advertising continuous screenings in the Theatre, proudly boasting the addition of heating. 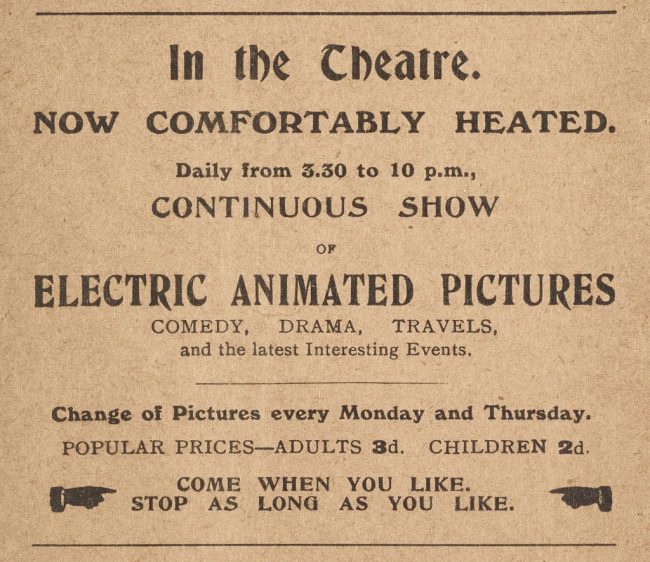 By 1906 film screenings were so popular that a permanent projection box was installed on the balcony as part of a reformatting of the Theatre which removed the upper balcony and added access corridors to the side of the auditorium. The volatile nature of nitrate film, which was extremely flammable, brought in the Cinematograph Act in 1909 to put in place safety measures. The projection box at Alexandra Palace is a rare survivor of the pre-act era and has been maintained through the restoration. 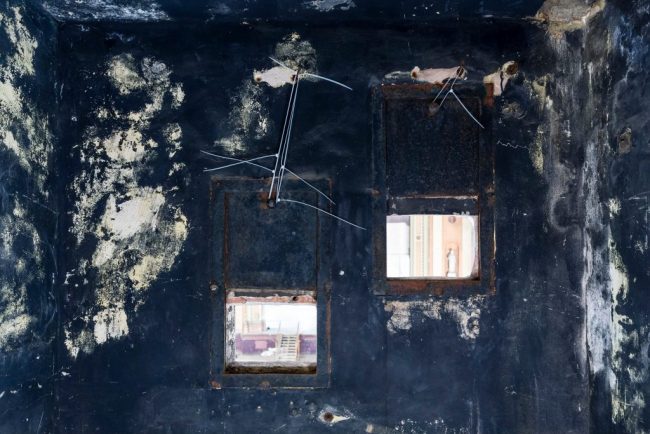 During the First World War the Theatre was used as a chapel but also screened films for the internees. Chaplin films were a popular distraction but digitisation of recently discovered images in the archives has revealed that film footage of conflicts on the continent were screened to the men interned at Alexandra Palace. 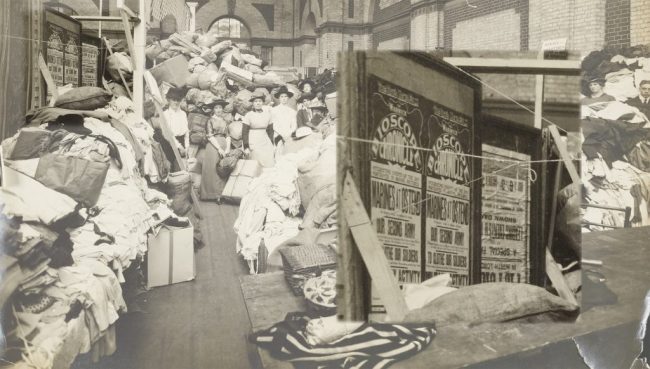 When the Palace reopened in 1922 the Theatre was refurbished for live performances but continued to screen films. In earlier years the films themselves were not advertised as the medium was enough of a draw. A discovery during the current restoration work is the only definitive document of early films screened. In 1926 the films started to be listed, including a western The Golden Goose, comedies Our Dare Devil Chief and Rastus and the Game Cock. The most popular, which was shown at every screening throughout the day, was the Fatty Arbuckle comedy Fatty’s Suitless Day.

When the BBC took over the Theatre in 1935 attention turned to television, a move that pre-empted a national shift that signalled the end of film as the dominant cultural force. Alexandra Palace is now a popular location site for film production and hosts regular outdoor cinema screenings. 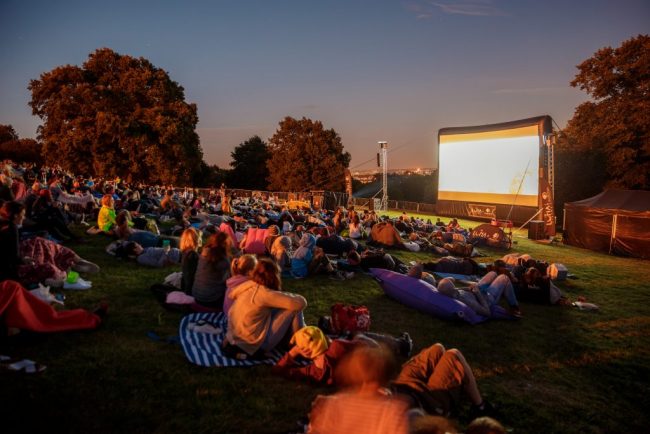