Alexandra Palace is working with Jackson’s Lane on the Heritage Horror Show, combining heritage and contemporary arts to celebrate macabre aspects of theatre.

The Theatre at Alexandra Palace was built at the height of Victorian stage craft and has a rare surviving set of stage machinery that was used to create spectacular special effects. As part of the current restoration and to support the Heritage Horror project we have been investigating the productions in the Theatre to discover the darker performances that took place. 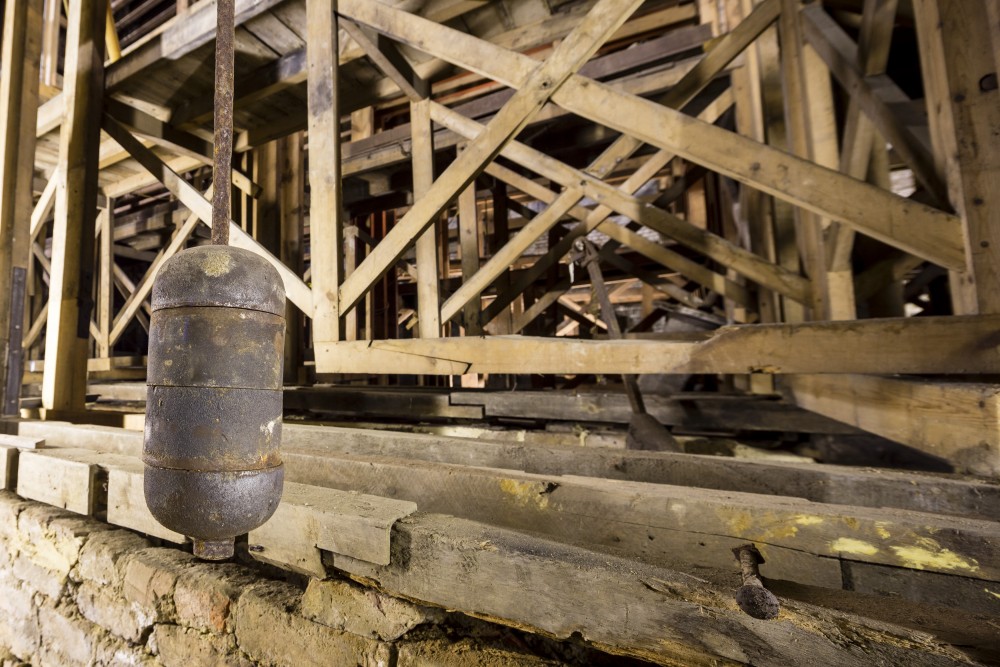 We know very little about the actual performances so we have been looking through programmes in the archive and historic newspaper listings. We know that pantomimes were popular as they exploited the machinery to create quick change sets and magical characters, with fairies and genies. The supernatural story of Faust was performed multiple times. 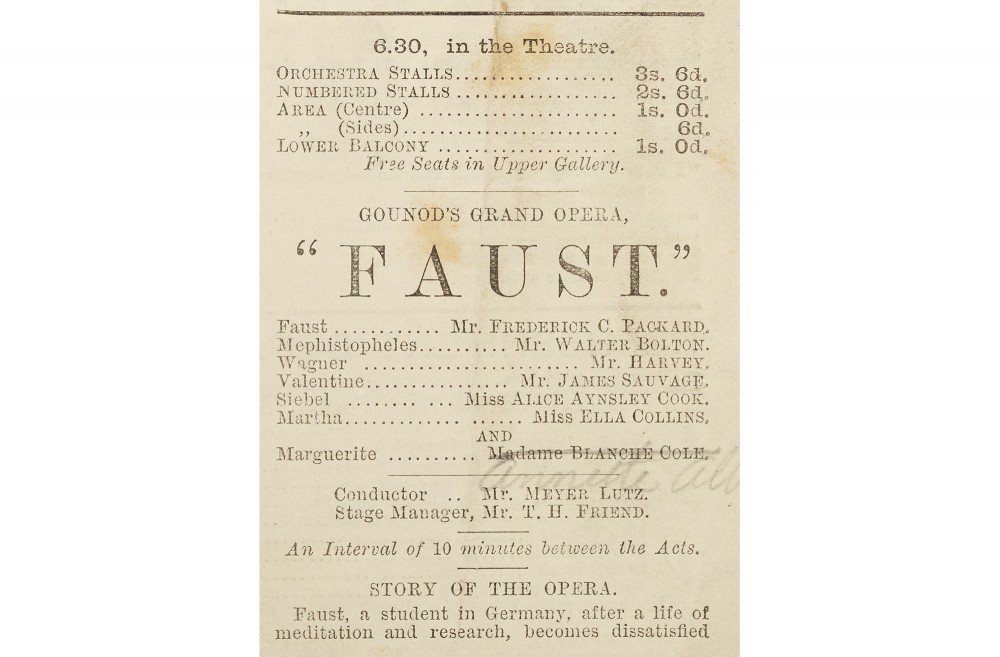 In the story, Faust conjures the evil spirit of Mephistopheles, selling his soul to the Devil in exchange for knowledge and possessions. Spoiler alert – it doesn’t go well!

There have been numerous adaptations of the Faust legend. On stage Philip Marlowe created Doctor Faustus and musical interpretations have been written by Wagner, Berlioz and Liszt. Theatrical productions proved successful, exploiting the special effects of stage craft to produce the diabolic magic.

Popular Victorian actor Henry Irving famously played the character at the Lyceum Theatre in 1885. So popular was it that it was revived four times, and became Irving’s second most performed role. 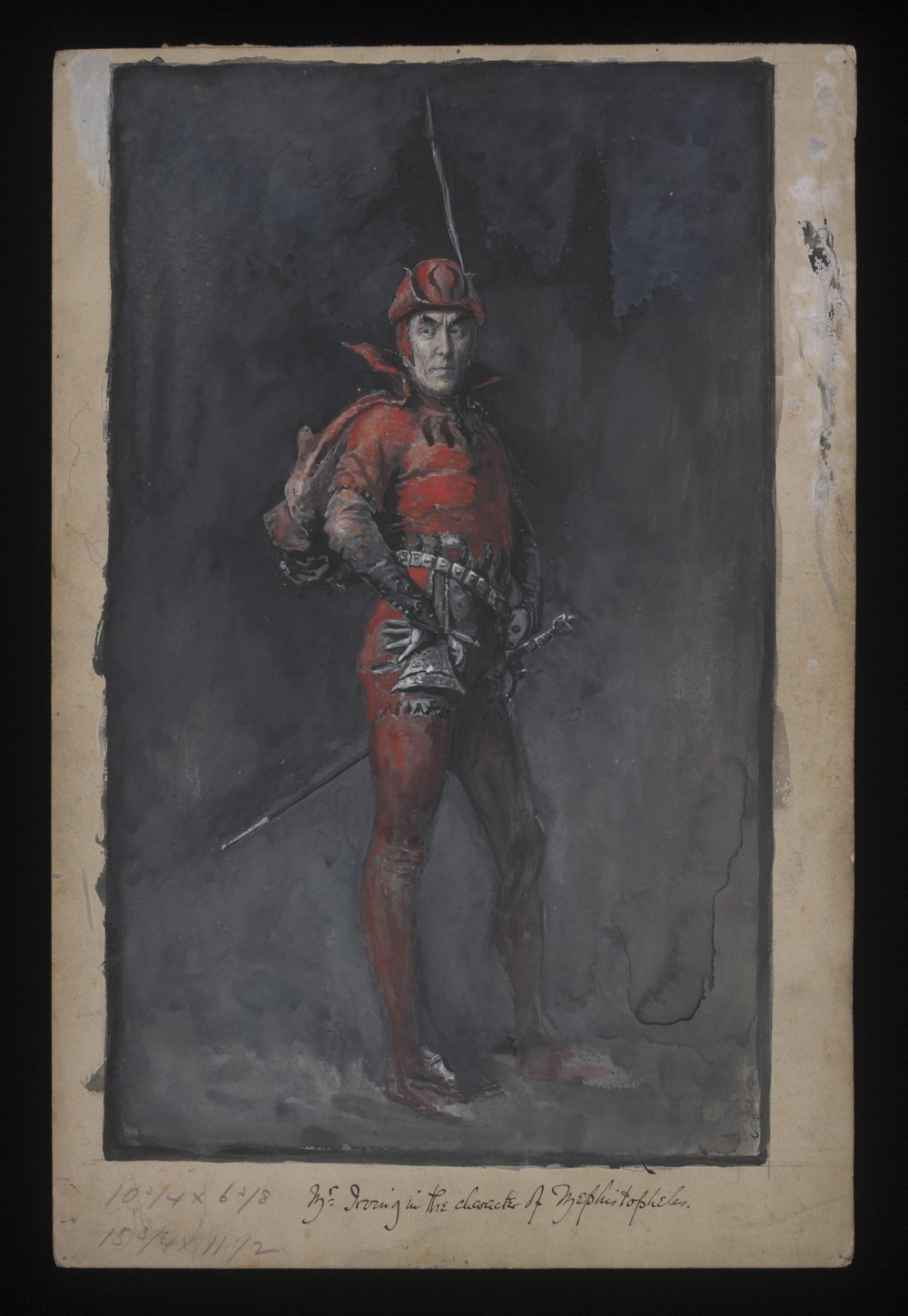 In the Lyceum production the actors carried swords fitted with electric currents, producing sparks that flashed when they clashed. The actors wore insulated gloves to protect themselves from the crude technology.

The Alexandra Palace Theatre is rare for having not adapted, updated or removed its original wooden Victorian stage machinery, however it did bring in electric lights. We do not know whether electricity was used for special effects during performances. 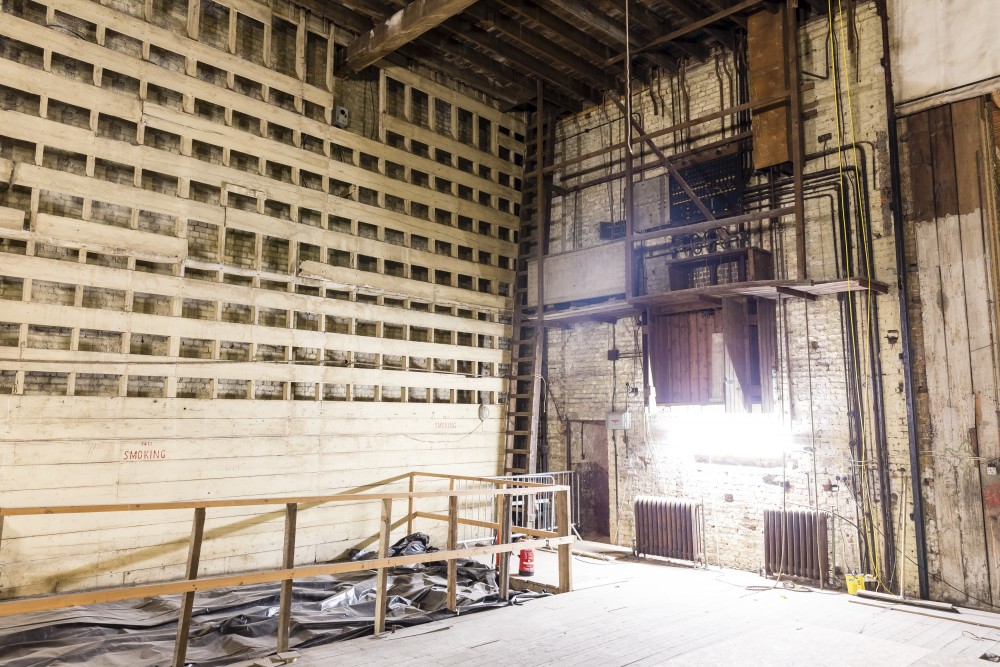 Another Alexandra Palace production is advertised as Little Doctor Faust, on Easter Monday 1878. What separates the Alexandra Palace Theatre from others is that it operated within the bigger context of the Park and Palace. It was one of the many entertainments on offer on any given day. Alongside Faust that day visitors could see circus, ballet and bands, as well as more unusual fare such as Baldwin’s Working Bees, Indian snake charmers, and Mons. Thiodon’s Mechanical Theatre of Arts, which reproduced many theatrical effects in miniature. 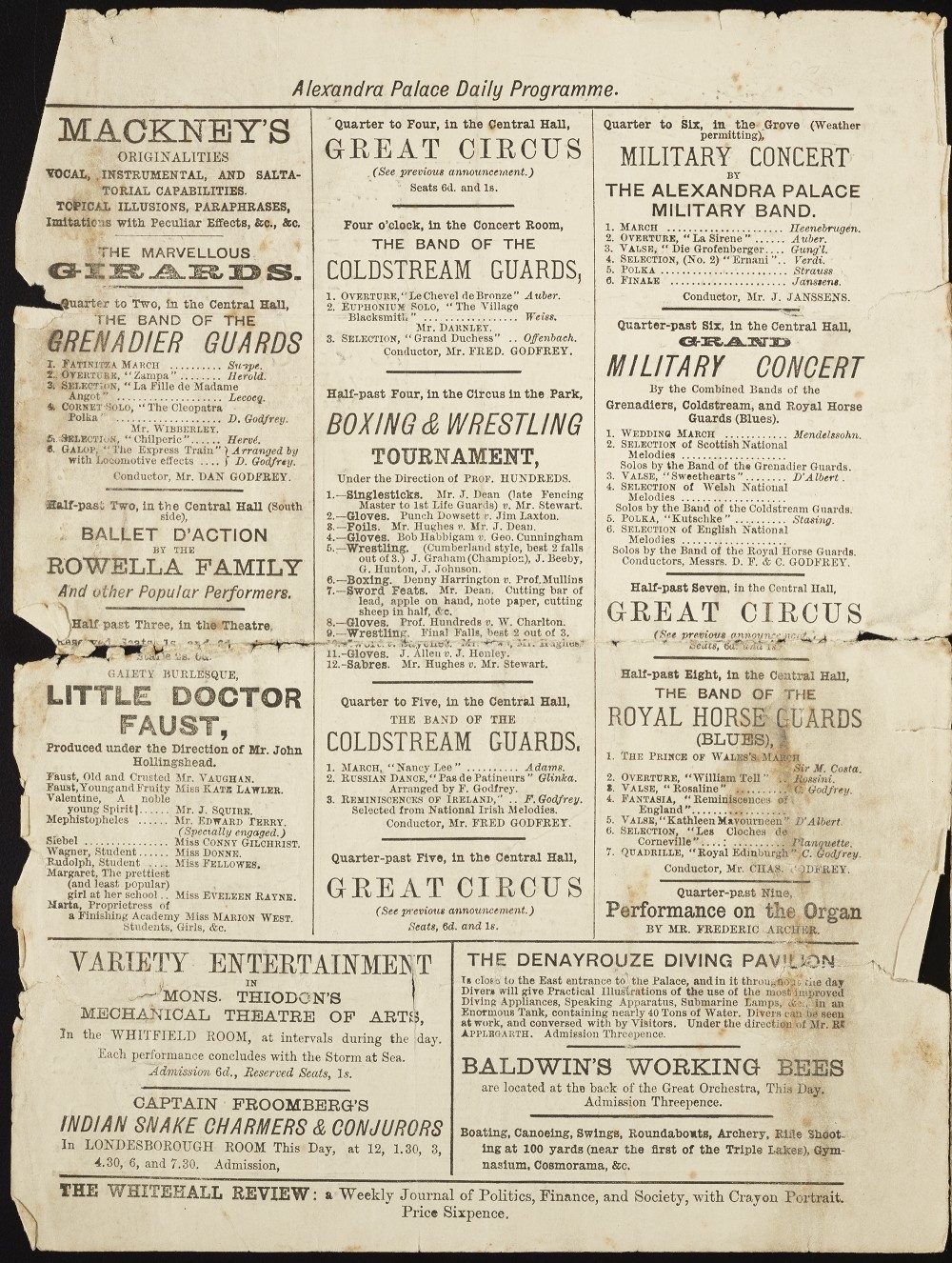 Supernatural and horror performances took place around Alexandra Palace. One of the more frequent was Dr. Holden who would perform seances and ‘Oriental and Occidental Necromantic Mysteries’. His performances include Albamazar’s Stygian Surprise, the Blade of Excalibur and ‘Mystic Drawing or Music, performed by no other artiste living’. It was common to blur the line between science and entertainment. Such was the popularity of this form of entertainment that Dr. Holden performed before Queen Victoria at Balmoral.

Another repeat performer was Cagliostro who brought along his ‘living skeleton’, the automaton Althotas. As with the stage machinery, the automaton uses technical trickery to produce magical effect, an early form of robotics. 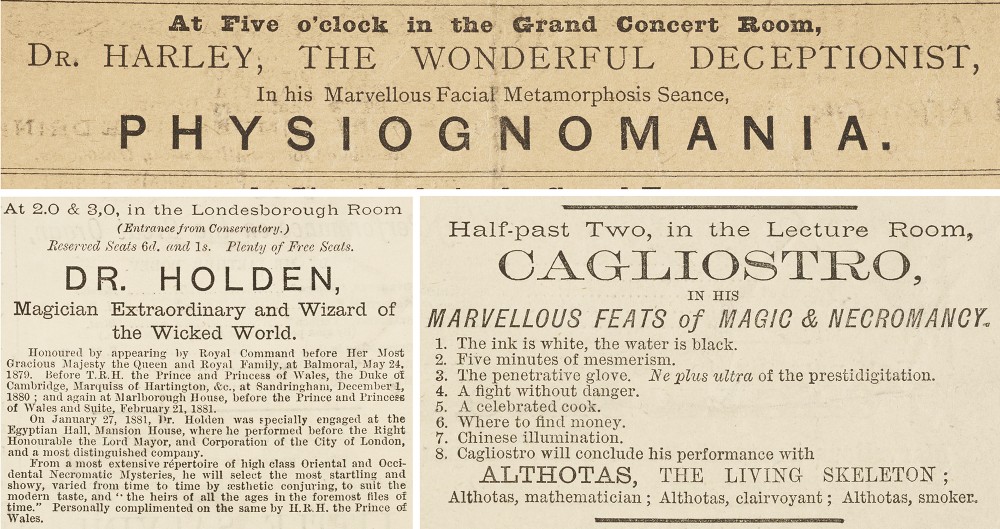 The eclectic programme of Alexandra Palace over the past 145 years means there are thousands of events we have yet to uncover. Follow the blog as we discover more about past performances and the special effects of the Theatre, and to follow the Heritage Horror project.