The team are now working hard on final preparations for the 2017 Fireworks Festival – one of the undisputed highlights of our year.

For many people, Alexandra Palace is synonymous with fireworks. When I joined the organisation, Haringey Council would pay for the annual fireworks display – and when funding was withdrawn, it felt like we had lost an important and much-loved community event. 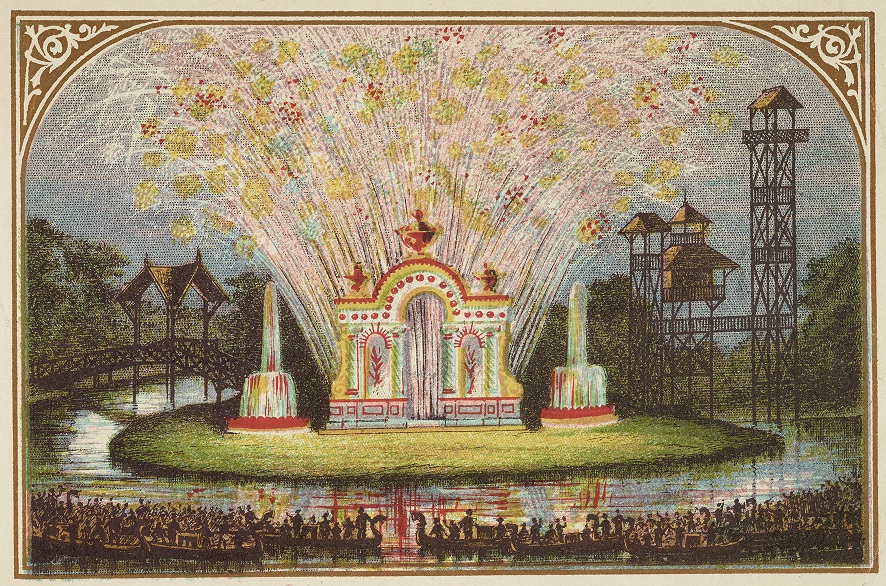 A drawing by Owen Jones, who came up with the original concept for Alexandra Palace

Bringing the fireworks back was therefore a big priority for us, but we knew that it had to be done in a different way. A really good fireworks display in itself is not cheap, and there are so many other responsibilities for us as a venue: from security and stewarding at the event itself, to infrastructure and derigging. As the crowds disperse after the event, a small army of cleaners will cover the park to pick up litter and put the park back into a presentable state.

A major event like this, with large crowds, requires a lot of work to get it right.

So in 2013 we brought the fireworks back, this time as a paid-for event. Our commitment then – as now – was to keep ticket prices as low as possible, while making sure that we could fund the budget for the event properly, without requiring any additional funding from Haringey Council. 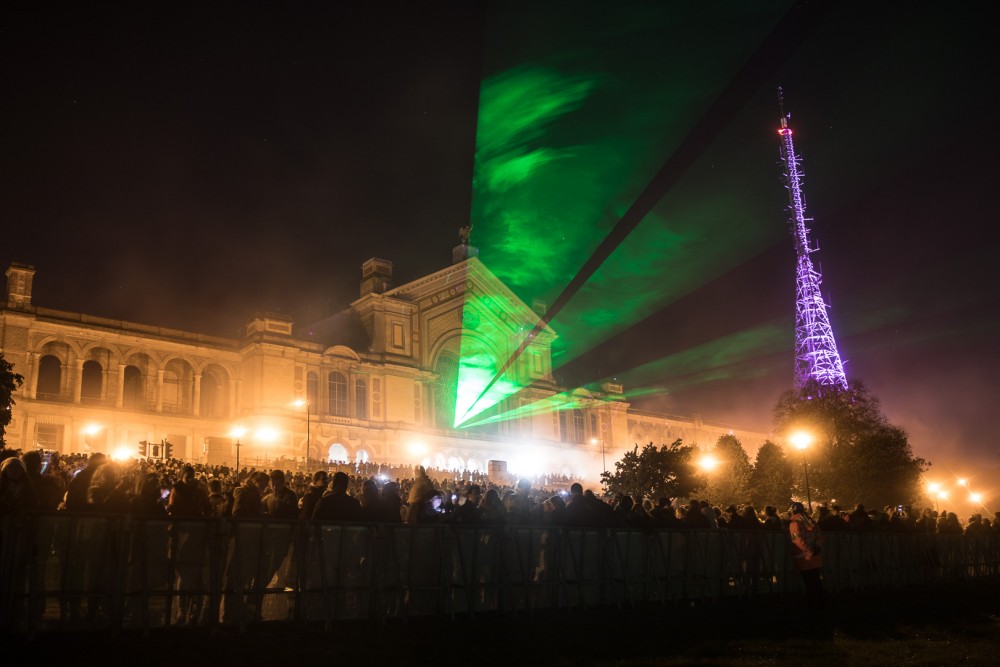 Laser show at the 2016 Fireworks Festival

Last year, we expanded the Fireworks Festival to two nights… and it was enormously successful, with over 80,000 people on site over the two evenings. So we are doing the same again this year, on 3rd and 4th November.

Calling it the Fireworks Festival feels justified, because it is so much more than a fireworks display. This year, our procession is themed ‘March of the Phoenix’, and our audience will be able to enjoy it along the parade route or at the bonfire site, where performers will invite our younger audience to participate in the story. The main display will be proceeded by a laser show and the fireworks soundtrack is curated by DJ Yoda. 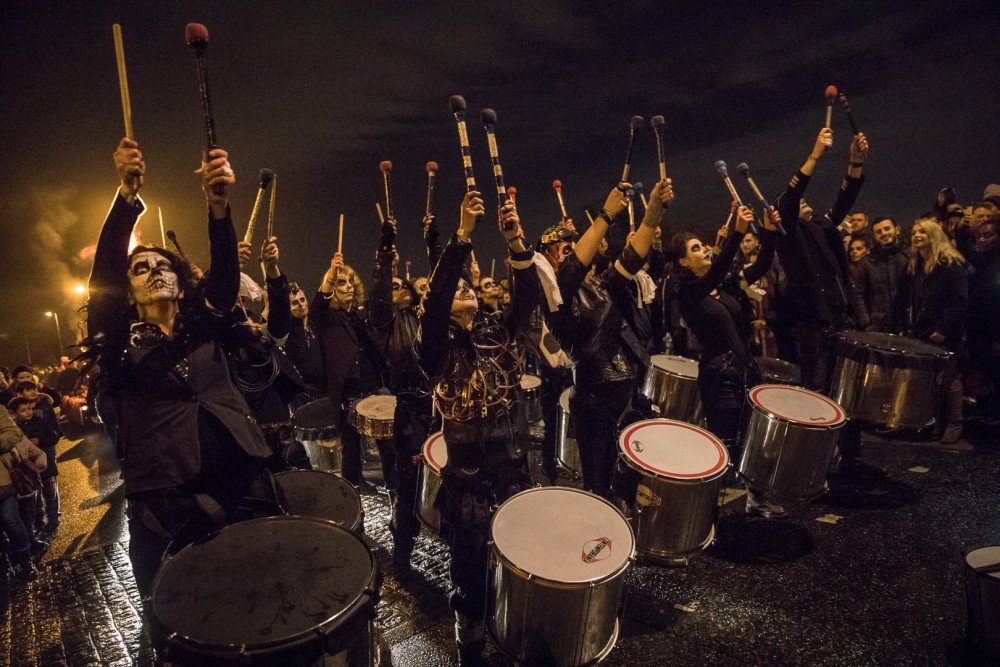 Day of the Dead Parade at the 2016 Fireworks Festival

We also have a children’s funfair and festival tent, street food market (with Jazzie B DJ’ing on Friday night), ice skating and, for the adults we will be hosting the UK’s largest German bier festival in the Great Hall.

The Fireworks Festival is produced in-house by Alexandra Palace, and is sustainable. It does make us money, though probably not as much as people assume, and – as always – proceeds are reinvested back into the organisation, helping us to pay for the ongoing restoration and improvement of the building.

We hope you can join us this year.

To book tickets and find out more about the event, visit: