Ahead of their upcoming gig, lead singer James Veck-Gilodi talks about his thoughts on the band playing Ally Pally Theatre:

As a north Londoner, how does it feel to headline your own show at Alexandra Palace? It feels great to be honest, I have lived in North London for many years now and genuinely consider it my home. Also Ally Pally has become a regular gig venue for me to go to as a punter yet I have never actually been on the other side of that and played it as a musician before, so this will be a special night for me.

What made you decide to play Alexandra Palace Theatre? Well I heard about the venue right after if got refurbished then my manager and I went to see the premiere of the Liam Gallagher documentary and I was stunned by how beautiful it was and also how different it was to the main room! I thought it would be a great place to host our next London show and I’ve always preferred places that are characteristically different and have individuality.

What were your first impressions of the Theatre? I pretty much answered this in the previous question but I was blown away really, mainly because I wasn’t aware of it for so many years that I was going to shows in the main room. I just think it’s a very striking venue and doesn’t really look like anywhere else in London. The unfinished walls are my favourite part I think, very classy.

For people that haven’t ever been to Alexandra Palace Theatre can you describe to them why it’s so special? I would say it has the general layout of an old English theatre but the plaster work and texture of the walls are pretty unlike anything else, also it’s in North London which obviously makes it better than any other venue in London haha

What are your memories of Alexandra Palace? If I’m totally honest, my main memories consist of getting particularly intoxicated in the guest bar downstairs with friends haha all good times though! 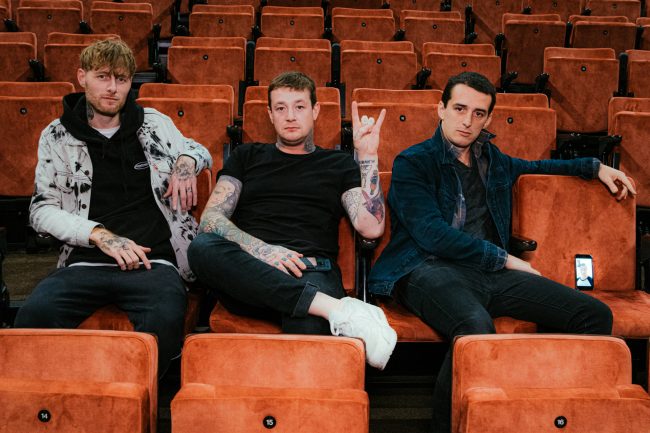