This Summer, the sensational true story of World War II’s Greatest Escape is to be told at Alexandra Palace – which was an internment camp itself for Germans and Austrians during WWI.

Co-written by Andrew Pollard, Michael Hugo, and Theresa Heskins and brought to the stage by the producer of the worldwide smash-hits The Play That Goes Wrong and SIX the Musical, book now for an extraordinary theatrical adventure.

Top tip: under 16s go half price with every full paying adult when you use promo code SUMMERFUN22 at checkout 😉

What to expect from this version of Tom, Dick and Harry?

1943. A prisoner of War camp in Nazi-occupied Germany. A group of serial escapes begin a dangerous game of cat and mouse with their captors. Hiding their covert activity in plain sight with gymnastic exercise, choir practice and cabbage growing, the men tunnel deep into the ground beneath the camp and begin their exhilarating journey to escape to freedom.

Tom, Dick and Harry (the names of the three escape tunnels) recounts the true events surrounding the escape from the infamous Stalag Luft ||| prisoner of war camp. Based on once classified, top secret information, the play looks to debunk the myths, celebrate the people involved, and tell the true story of one of the most daring escape attempts in World War II’s History.

With physical performances, floor projections, sound and music to evoke places and audience participation, book your tickets now and come experience a new take on history. 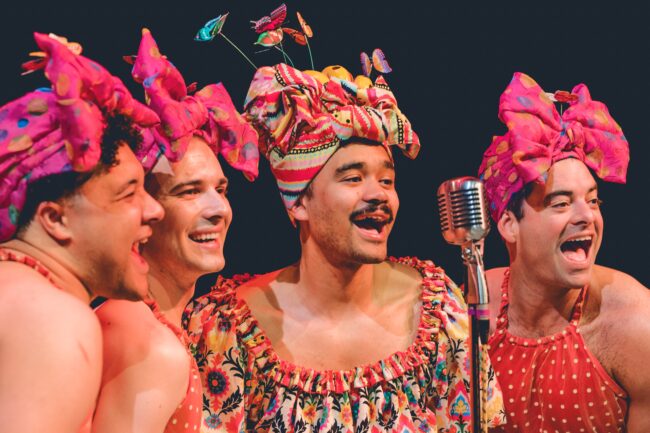 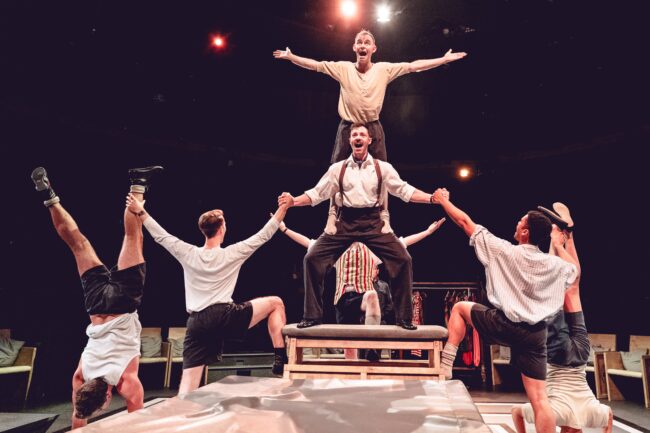 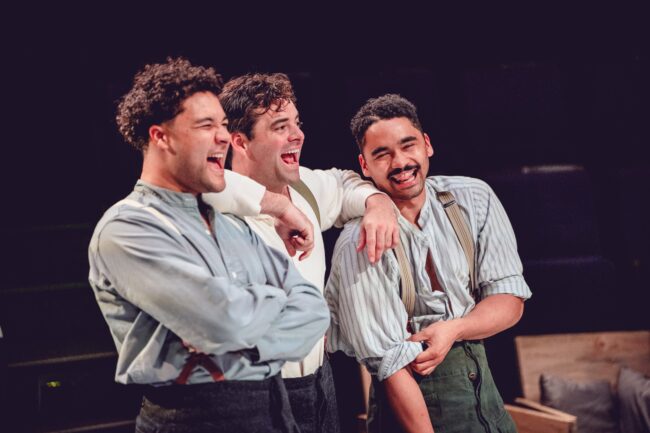 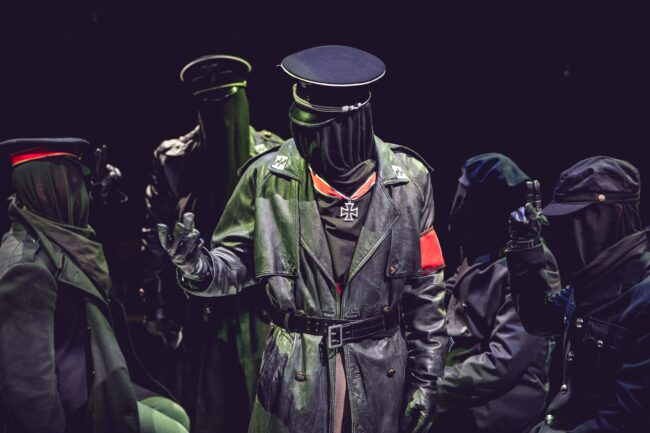 What do the reviews say?

⭐⭐⭐⭐ ‘Entertaining, inventive, thought-provoking, this tunnel caper has it in spades.’ – Hamhigh.co.uk

⭐⭐⭐⭐ ‘In this new, spectacularly imaginative version, we don’t so much just watch as seem to live alongside the prisoners. The production, like the escape itself, is daring and inventive.’ – Observer

⭐⭐⭐⭐ ‘A dizzying level of stage craft on display in this irresistible tale of derring-do.’ – The Stage

⭐⭐⭐⭐⭐ ‘Interactive, engaging. One of the most intelligent pieces of original theatre I’ve ever seen’. – Beffshuff.com

Spectacular evening watching @tomdickharryuk at Ally Pally tonight. Huge congrats to the company on such a daring show. To teeter on the line between punchy caper and emotional epic with such ease is no mean feat… and that VENUE?! 😍Can’t wait to see it again! pic.twitter.com/iTA4z5IeBd

Ironic that after watching @tomdickharryuk (a play about escape) I didn’t want to leave @Yourallypally at the end! An absolutely brilliant show by an exceptional team from @NewVicTheatre. Dig your way IN, quickly! Well done to all.

Delighted to have seen the @NewVicTheatre & @Kennywaxltd production of @tomdickharryuk tonight at @Yourallypally. An incredible true story told in a thrilling and inventive way. Bravo @TheresaHeskins and co. Go see it! Dig a tunnel if you have to. 💥

When is it on?

This spectacular adaptation of Tom Dick & Harry is taking over our beautiful Victorian Theatre until Sunday 28th August.

There will be a captioned performance on the 25th August.

How do I book tickets?

Tickets are available from £19 (plus fees) here.