The historic BBC studios at Alexandra Palace are the site of ground breaking innovation, not just in the launch of television on 2nd November 1936, but in decades of experimentation that grew the medium to become a power-force of communication and entertainment throughout the 20th century. When we rescoped the East Wing Restoration Project we considered the best way to tell this rich story in the original spaces. With so much heritage to choose from and with our wonderfully diverse audiences, we wanted to find some way of representing these stories for everyone in developing potential future plans.

Our driving force was to tell the story of innovation through innovation. With that in mind we worked with Fracture who are leading the field in mixed reality. The only dedicated, Microsoft-approved, HoloLens developer in the UK, Fracture helped us explore the potential of vintage technology to develop emerging technology.

Little remains of the original technology infrastructure installed in the studios, though the power of the original spaces is still palpable. We knew audiences would want to see original equipment but all that remains are the studio cameras and television sets for viewing. Our challenge was how to reanimate these dormant objects, make them interesting for our visitors and have them hold the many stories we wanted to tell?

We experimented with a particularly difficult object, a replica of a television from 1936. Though important to show how viewers watched those first shows, it does not communicate the significance of the events at Alexandra Palace, nor does a large wooden box look much like the flat screened televisions recognisable to audiences today. 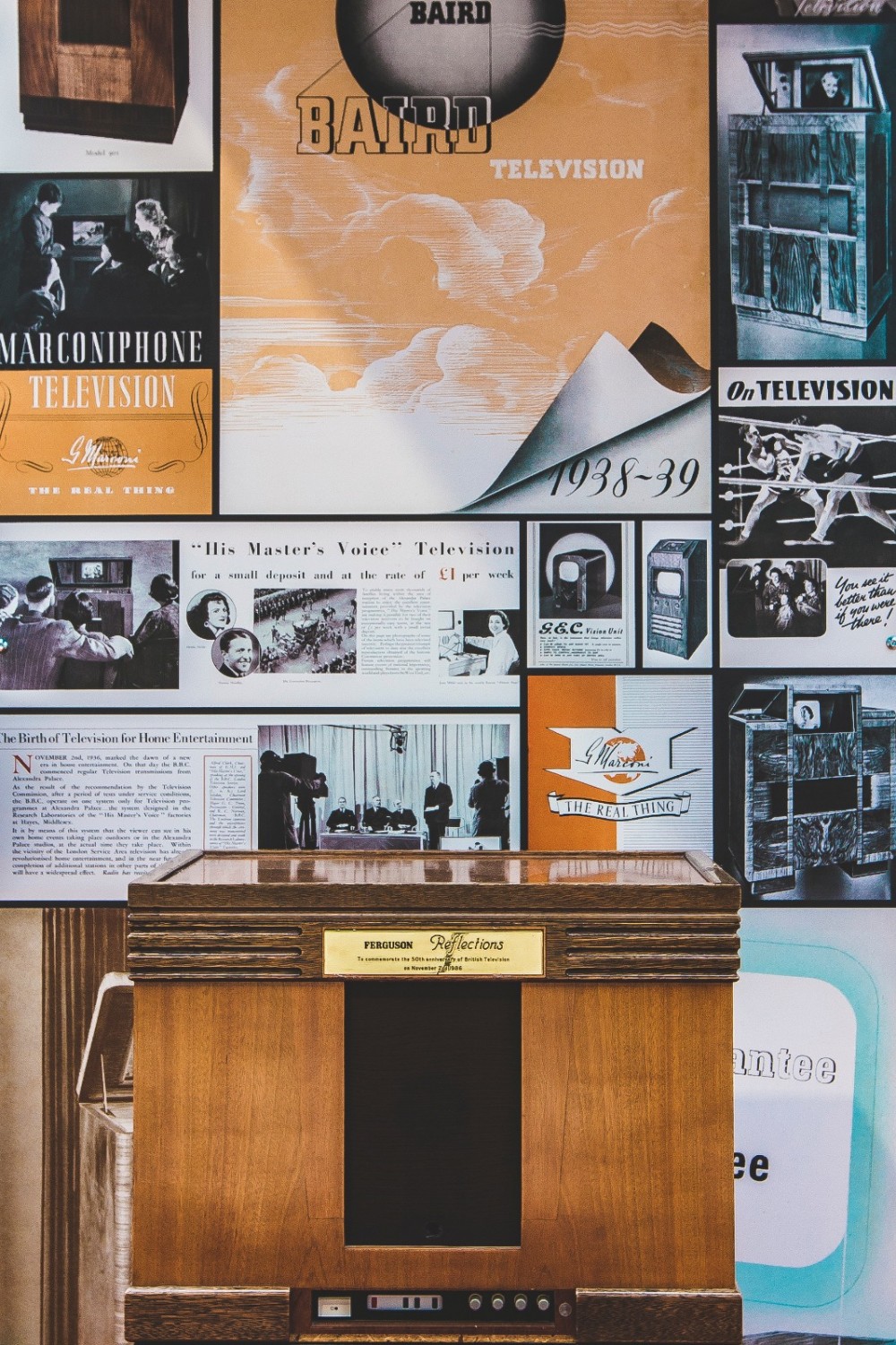 Mixed reality allowed us to create a digital layer that does not distract the visitor from the object or space but instead allows them to interact with both. Conservation of these valuable items prevents visitors from touching them directly but the digital layering allows for the TV to switch on and come back to life.

Beyond showing the television in action we are able to take that further, pulling the images off the screen, and explaining what people are seeing and how that relates to the space they are standing in. We can pull the insides of the television out and explain what is going on, hidden from view. The holograms are fully rendered in 3D so visitors can walk around the digital cathode ray tube, and even stick their head inside to see the electrons bouncing around to create an image. It allows a level of engagement totally unimaginable when staring at an object in a display case. 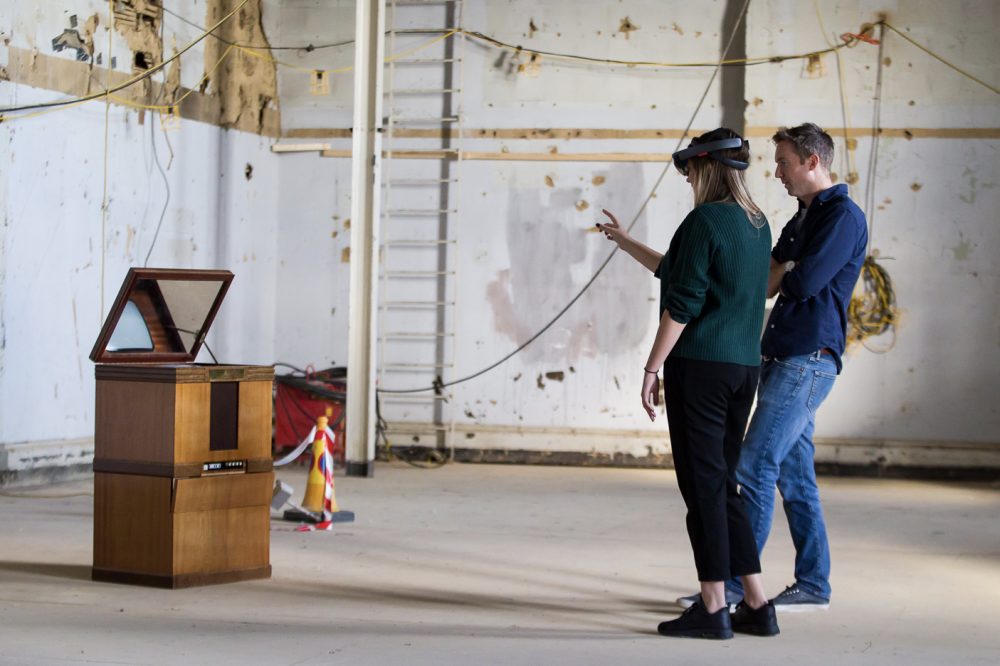 After breaking the barrier to the object itself we wanted to breakdown how people understand what they’re looking at. Text panels in museums can often come across as ‘dry’ or ‘boring’, either too confusing or patronising depending on your knowledge level. Augmenting the object digitally, we are able to provide different levels of access on the same content, so visitors can choose whether to hear a concisely explained overview or a technical breakdown for experts. Providing both of the options within the same set-up allows us to democratise the experience.

Lastly we wanted the visitors to be in control. Alexandra Palace was conceived as the Palace of the People, a venue for entertainment and education for all. Visitors are in control of what they see, whether they want to understand how the TV worked or hear from those who worked behind the scenes to bring the shows to air. There is no right or wrong route and plenty of content available to explore. Looking ahead to how this could be used across a space with multiple objects provides for almost unlimited routes for engagement and the opportunity to regularly refresh the content. This non-linear approach is something we took forward when we conceived our structure celebrating Alexandra Palace heritage and identity in the newly restored East Court. 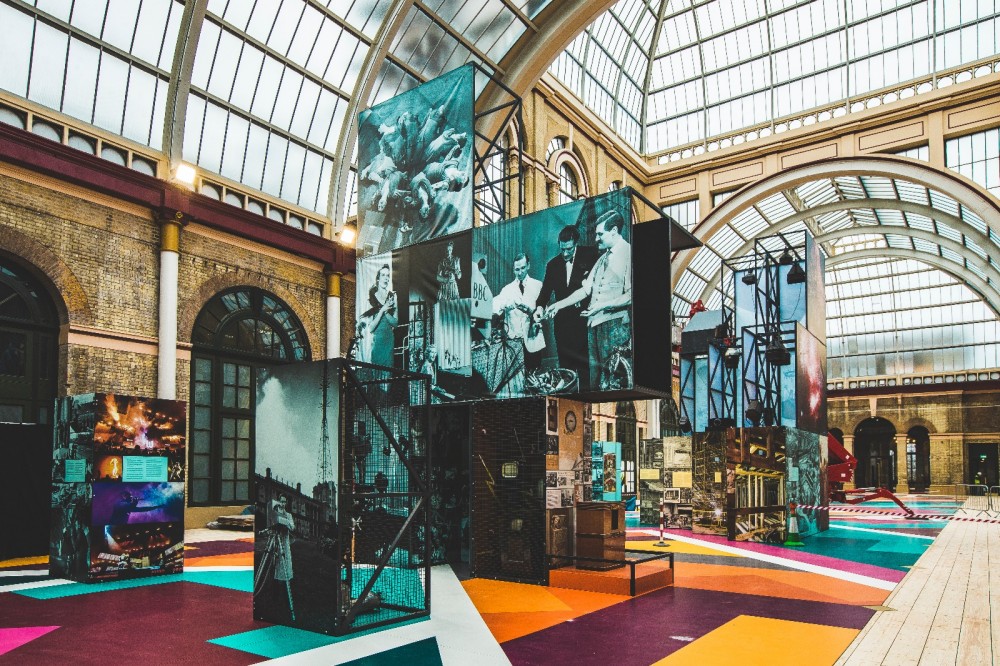 For a site with such historic significance as the BBC studios at Alexandra Palace, removing text panels is important to declutter the space, allowing visitors to appreciate the object and environment independently. Our work with VR explored similar possibilities in augmenting a physical space and the point of creating these tools was as much about the continuing process of experimentation in the spirit of those television pioneers, than completed tools. 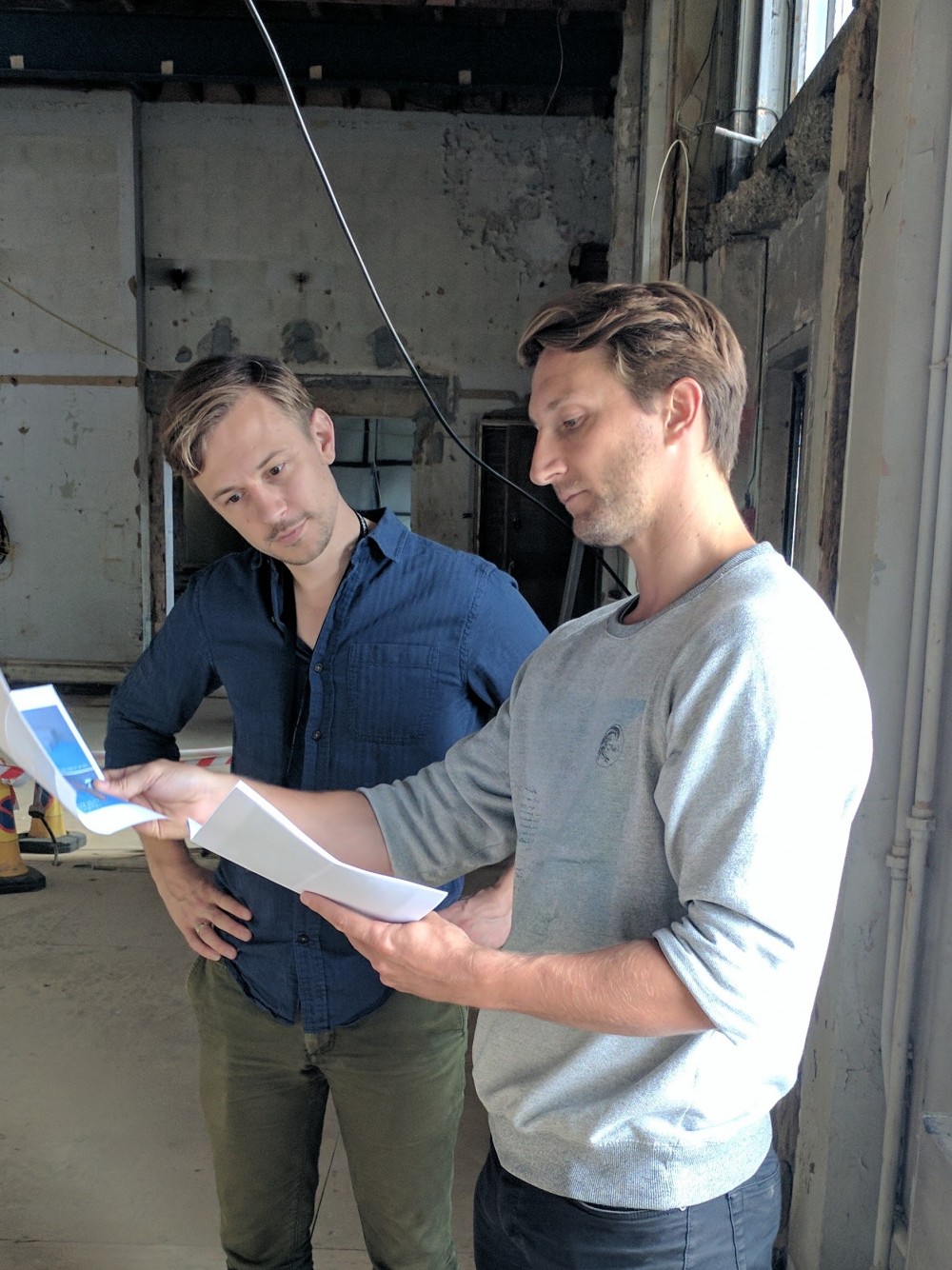 Working collaboratively Fracture was essential to help push the boundaries of this emerging field of technology. Mixed reality has huge potential across numerous industries and combining their expertise in design and experience of the technology with the unique stories and visitors to Alexandra Palace, allowed us to investigate new applications and routes to explore. Our 1936 television is now installed in the East Court and we look forward to taking these trials forward as we consider the exciting potential of the historic BBC studio spaces.