Fireworks have a long history at Alexandra Palace. As a site that specialises in spectacular entertainment for all audiences; there is nothing bigger or brighter, nor as accessible for a single large group of people in one go as fireworks. The displays at Alexandra Palace have become an integral part of the site’s identity.

The opening season in 1875 had displays by Mr. James Pain, who remained the chief fireworks creator for decades. His spectacular shows were advertised prominently in programmes, with each exciting new firework and stunt described.

In 1878 the fireworks were accompanied by the Palace Military Band, and this year the show’s soundtrack has been curated by DJ Yoda. Then, as now, Alexandra Palace was more than just a display of aerial fireworks. Long before our current laser show, there are intriguing descriptions of ‘Balloons, carrying Magnesium Lights and other pleasing Fireworks’ and the baffling ‘Mammoth Silver Fire Wheels with newly devised intersecting Centre, flanked on either side with Illuminated Danish Devices’.

This year’s Fireworks Festival features the March of the Phoenix Parade, telling the story of the Phoenix’s rebirth from the flames. Following on from last year’s parade inspired by the Day of the Dead. Mr. James Pain took inspiration from the destruction of Pompeii, and in typically extravagant Alexandra Palace fashion, reconstructed the waterfront of Pompeii and Mt. Vesuvias on the shores of the boating lake. The dramatic display involved a cast of adults and children, who would run screaming from the burning and falling debris of the city under fire. All of this nightly throughout the season. 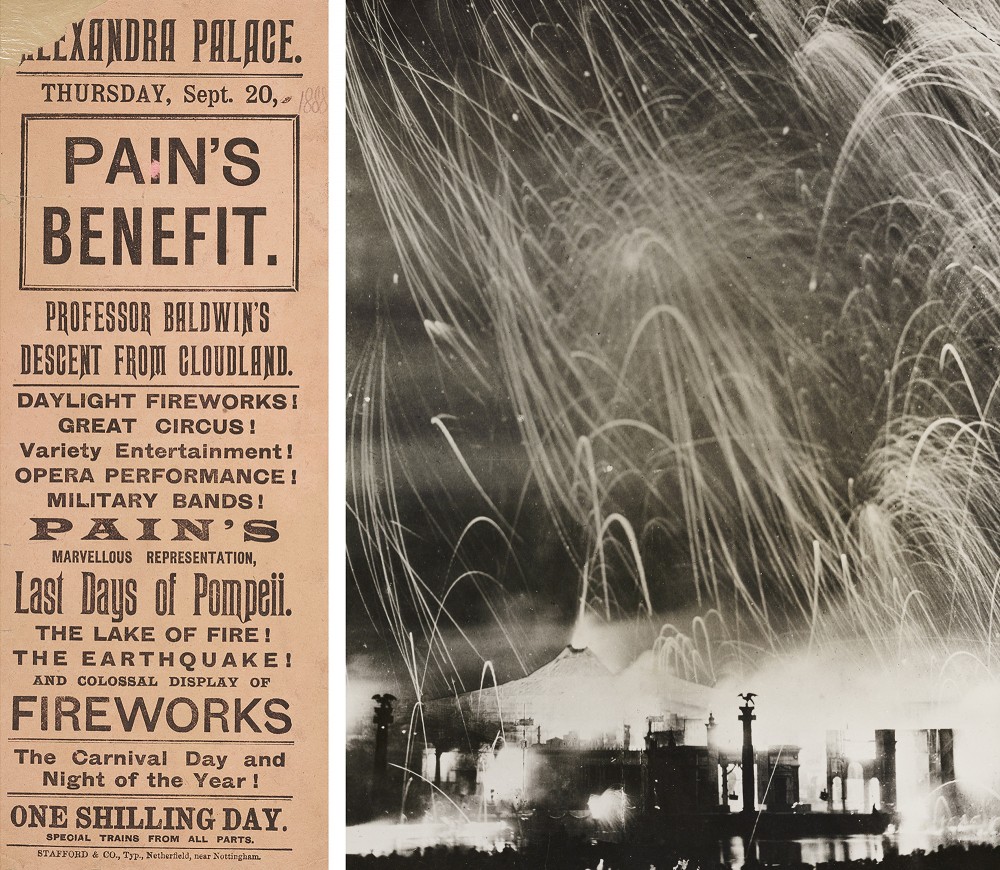 Mr Pain followed up his success of the Last Days of Pompeii with destruction of the Spanish Armada, also on the boating lake. Fireworks were not just limited to November but would run throughout the year and remained a popular fixture well into the twentieth century.

The annual November display has become a much loved tradition, continuing in the 1980s, despite much of the site being a construction site. Back then the temporary Alexandra Pavilion hosted a Bavarian Band. This year our Bier Festival caters for 6,000 revellers each night! 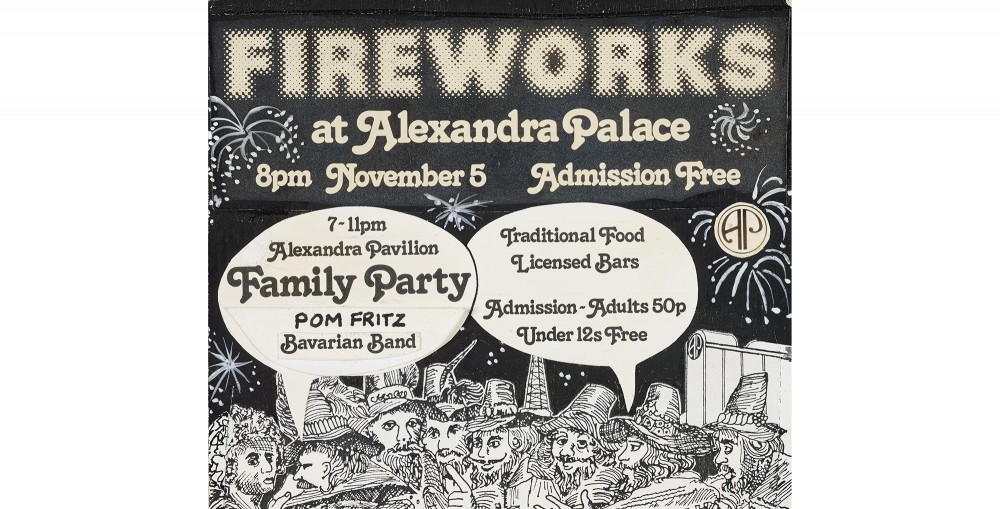 Having fallen victim to reduced funding the Fireworks Festival made a triumphant return in 2013. It is now one of the biggest nights of the year, and in the spirit of Mr. Pain encompasses much more than fireworks alone.

Join us this year for a seminal Alexandra Palace event. To book tickets and find out more, visit: