To get you clued-up before the big day, we spoke to PROGRESS co-founder Jim Smallman about the promotion and what you can expect. Tickets for the unmissable event are available here.

If someone hasn’t been to a PROGRESS show, what can they expect?

You can expect an incredibly loud atmosphere, making loads of new friends and some of the best wrestling on the planet. It’s the most fun you can have in the afternoon. 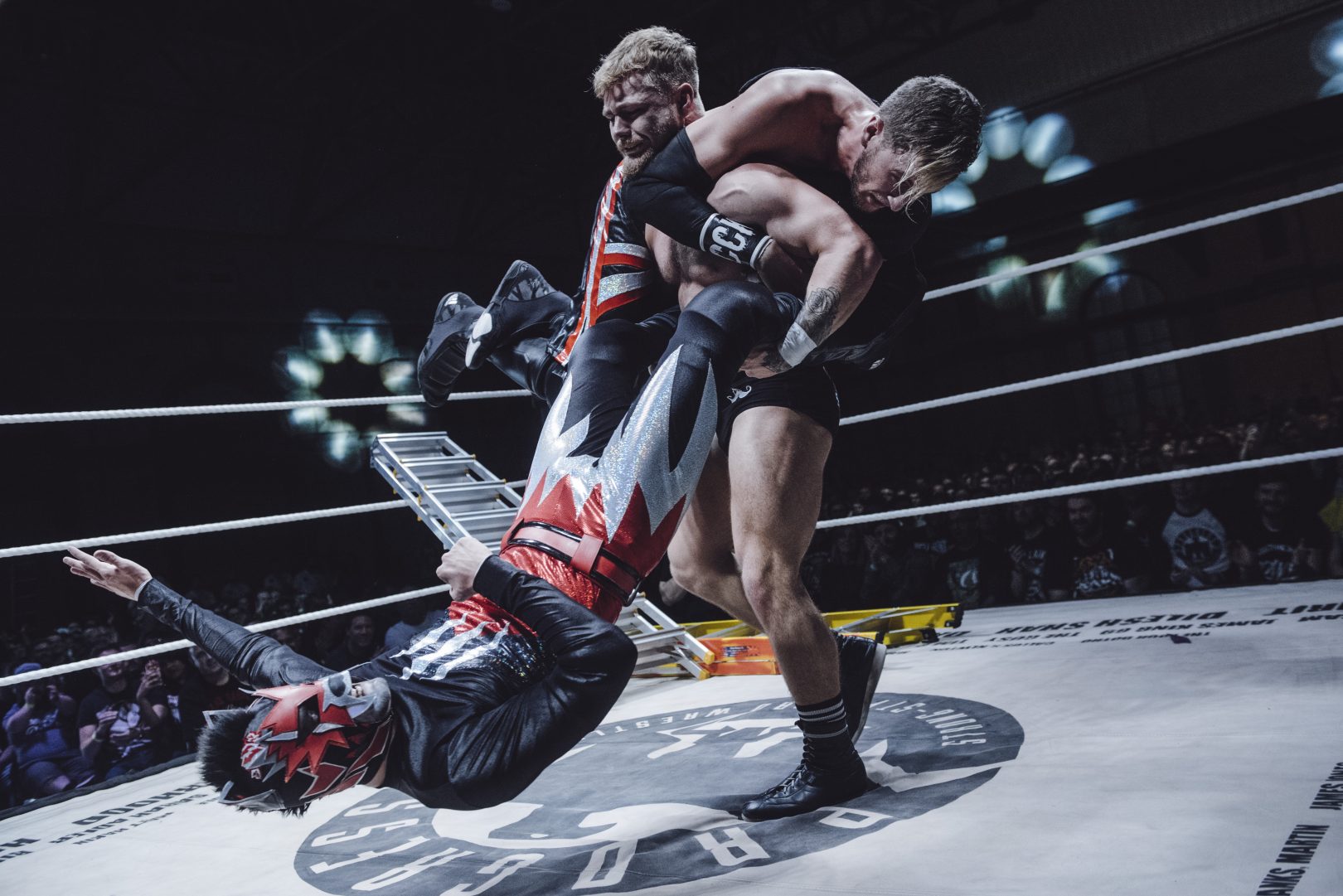 The atmosphere at wrestling shows, PROGRESS in particular, is like nothing else. What makes the audience so special?

Our fans are the reason that wrestlers from all around the world clamour to compete for us; we’ve got the most loyal, inclusive, enthusiastic fans in the wrestling world. Everyone is welcome and everyone wants to make noise and be part of the show. You can’t help but get caught up in it.

How has professional wrestling grown in the UK? Are the profiles of UK-based wrestlers growing with the popularity?

When we started our company, just over six years ago, it was hard to be a full time independent wrestler in the UK. Now, we’ve got dozens of brilliant full time grapplers as well as talent like Pete Dunne, Tyler Bate and Will Ospreay heading overseas and spreading the word about how amazing our scene is. Around the time that we started up, things just started kicking off in a big way with the internet helping spread the word about us and other companies that have grown at the same time. It’s a very exciting time to be a wrestling fan in the UK.

Furthermore, for our SSS16 weekend we have fans travelling from many different countries to come and see one of our showcase events. We’ve got fans coming from the USA, Canada, Australia and from all over Europe. That shows you how popular British wrestling is. 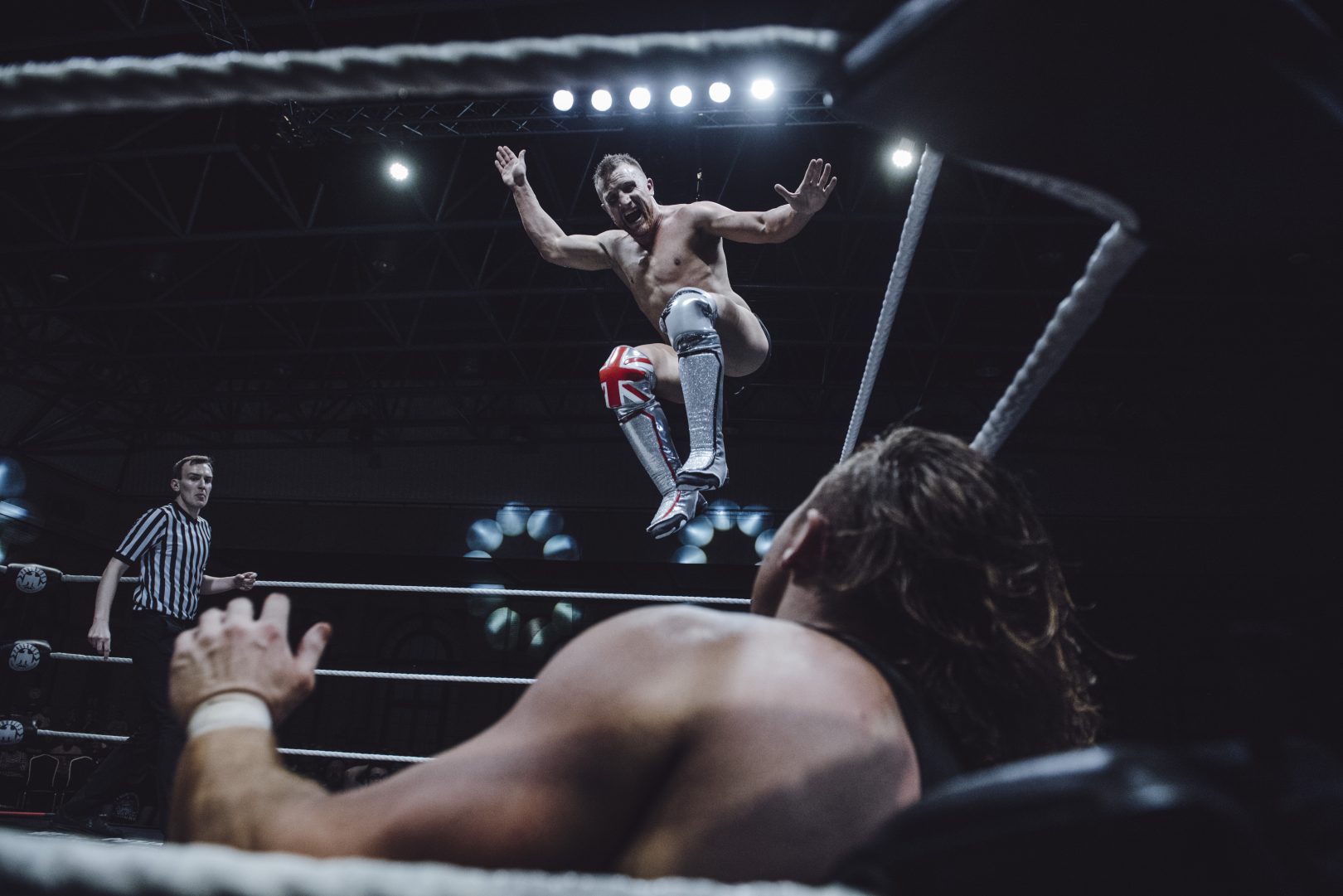 How did PROGRESS come about? What made you want to set up your own promotion?

Myself and Jon Briley just decided to have a go at doing a wrestling show when we were sat around during the Edinburgh fringe in 2011 (I’m a comedian and Jon was my manager). We did our first show in March 2012 in front of 350 people, gained our third partner Glen Joseph and we’ve never looked back. We’ve all been wrestling fans for our entire lives and just wanted to put on shows that we, as fans, would enjoy. It’s the same now, just with lots more shows and much bigger crowds!

This weekend will be the Super Strong Style 16 – to the uninitiated, how does this work?

We started SSS16 in 2015; it’s a tournament held over three days where we take 16 of the best wrestlers in the world and put them into a knockout tournament, with the eventual winner getting a future shot at the PROGRESS title. Past winners include Will Ospreay, Tommy End (now Aleister Black in NXT) and current PROGRESS champion Travis Banks. The line-up this year is the biggest ever, and we also have some amazing non tournament matches too.

Sports and entertainment are two central parts of Ally Pally’s history and PROGRESS blends the two. What does it mean to the promotion to tour venues like this one?

It’s amazing for us to be able to do Ally Pally. When we first did it last September it was one of the most memorable shows in the history of the company; we’re delighted to be back over three days so we can hold our biggest tournament yet. Based on current numbers, this will be the best attended multi-day tournament in independent wrestling history, which is pretty awesome!

This weekend we’ll see super talented professionals in the ring but backstage how much work goes into putting on a show like this?

Which up-and-comers should we be keeping our eye on?

Literally everyone in the tournament is a well-established star; we’ve got former finalists in the mix like Zack Sabre Jr and Tyler Bate, overseas independent standouts like Keith Lee, David Starr, Angelico and Joey Janela, WWE U.K. champion Pete Dunne and many more. But names that may not be as familiar to newcomers to PROGRESS would be Chris Brookes, who I love watching, and Jordan Devlin who has had a couple of matches for us in the past but I know is keen to really get noticed over this weekend. I’m proud to have the PROGRESS name next to all 16 guys in the tournament.

PROGRESS wrestling is at Alexandra Palace from 5th to 7th May. To buy your tickets click here.