Alexandra Park & Palace Charitable Trust is delighted to confirm receipt of a grant of £100,000 from the Garfield Weston Foundation towards the East Wing Restoration Project. This support comes with restoration works fully underway, with both the Victorian Theatre and East Court set to re-open to the public in September 2018. 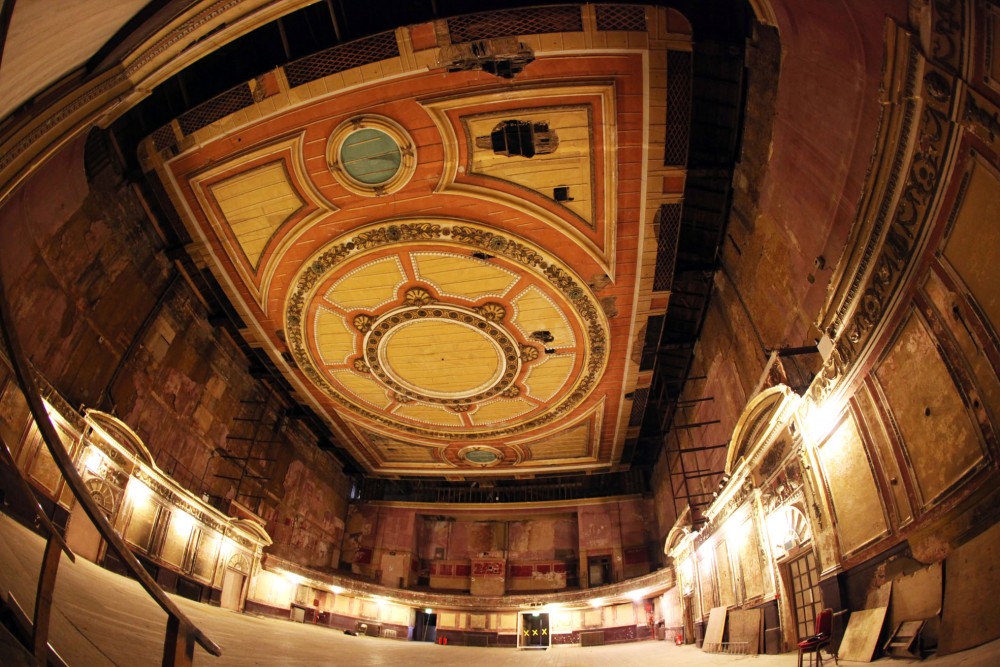 Damage to the ceiling

Representatives from the Foundation visited the site earlier in the summer, and saw for themselves the extensive works being carried out to repair and restore the cherished historic fabric of the building.

The Alexandra Palace Theatre had lain empty for several decades, and significant water damage plus a lack of maintenance allowed the space to fall into disrepair and dereliction. The East Court had also fallen into disrepair.

The East Wing Restoration Project, led by major funders Heritage Lottery Fund and Haringey Council, is bringing these spaces back to life. The site is now a hive of activity as our main contractors Willmott Dixon work to complete the project on time. 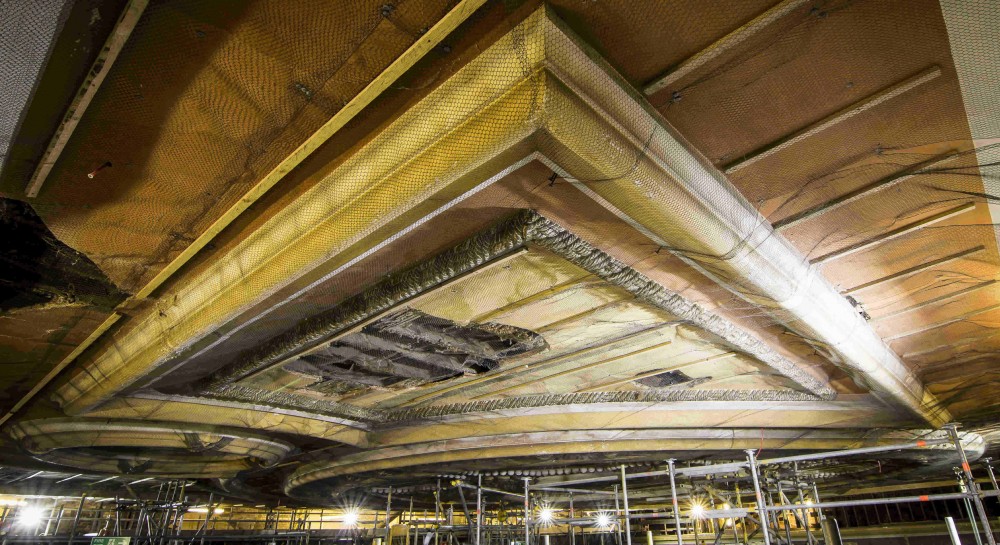 Alexandra Palace is building partnerships with world class organisations and inviting supporters to help realise the full potential of this project. From in-kind support, to naming rights and partnering with the learning and participation programme, there is a huge range of opportunities to get involved. Individuals can name a seat in theatre, and every donation over £25 will be credited on the donor board in the restored East Court – visit our Support page for more information.