In July Alexandra Palace worked with Ambitious College learners to the palace to build giant festival puppets inspired by our heritage.

Ambitious College is a day college based in Tottenham for young people with autism and complex needs. It is London’s first Ofsted College for learners with autism, and currently works with 36 learners of the ages 19-25.

Partnering with professional puppeteer and set designer Jenny Dee the learners built four giant puppets which were exhibited on the People’s Stage as part of the Ally Pally Summer of Love Festival on 22nd July 2017.

Alexandra Palace has a rich puppetry history with the first children’s television show, Muffin the Mule, aired from here in 1946. Punch and Judy was often performed in the park. 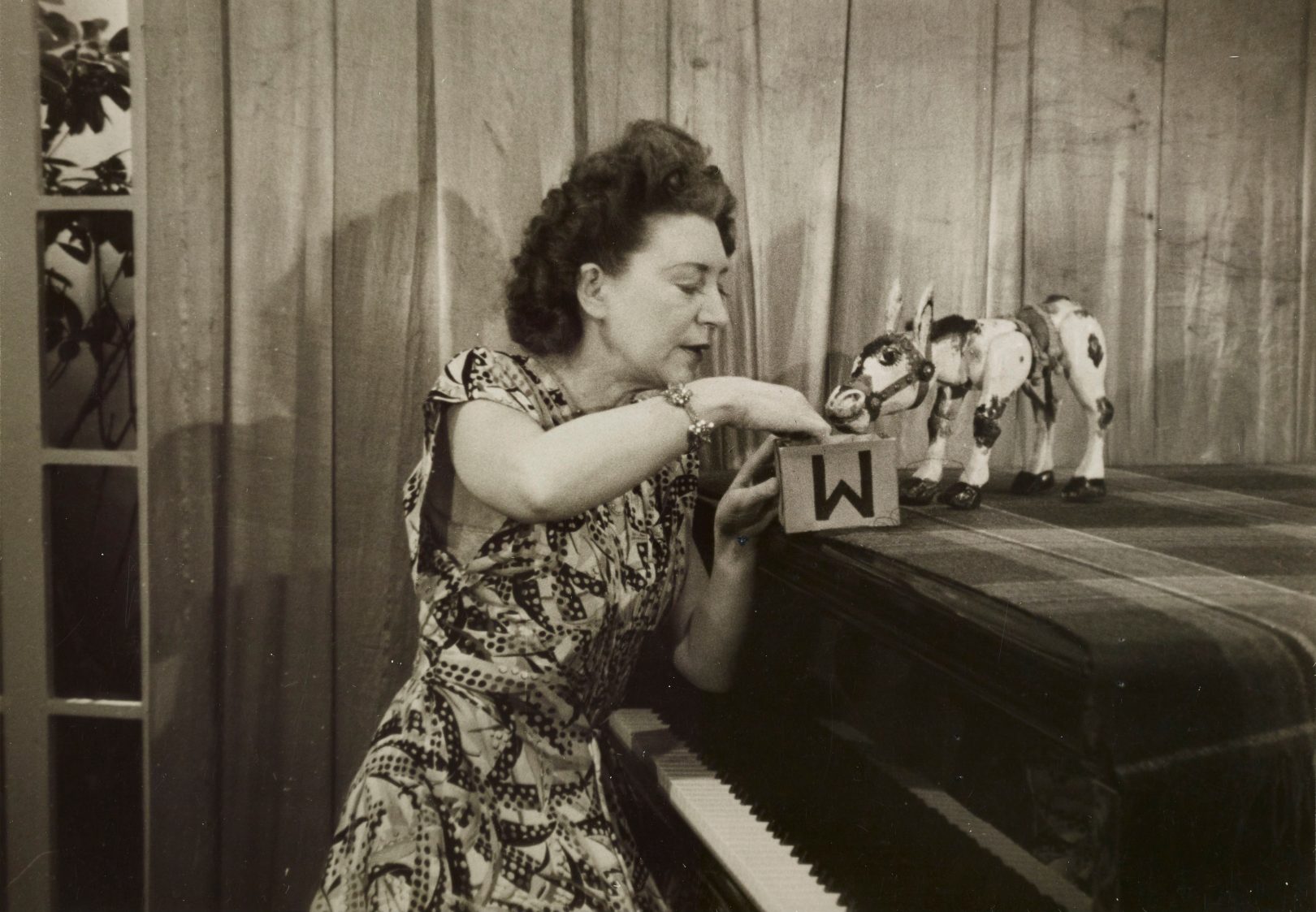 This year marks the 50th anniversary of the 14 Hour Technicolour Dream hosted at Alexandra Palace. The 14 hour Technicolor Dream was a seminal event in the 1960s Underground scene. Pink Floyd played as dawn broke through the Rose Window into the Great Hall; the sunlight bounced off Syd Barrett’s mirror-disc Telecaster bathing the spaced-out crowd in pink light. Two stages hosted the bands of the era – The Move, The Crazy World of Arthur Brown, Soft Machine, The Purple Gang. Poets and performance artists gave eclectic shows. Yoko Ono had the audience cut pieces of fabric off a model’s dress, John Lennon watched on with his friend John Dunbar.

We celebrated this by having our annual Summer Festival themed around the ‘Summer of Love’. 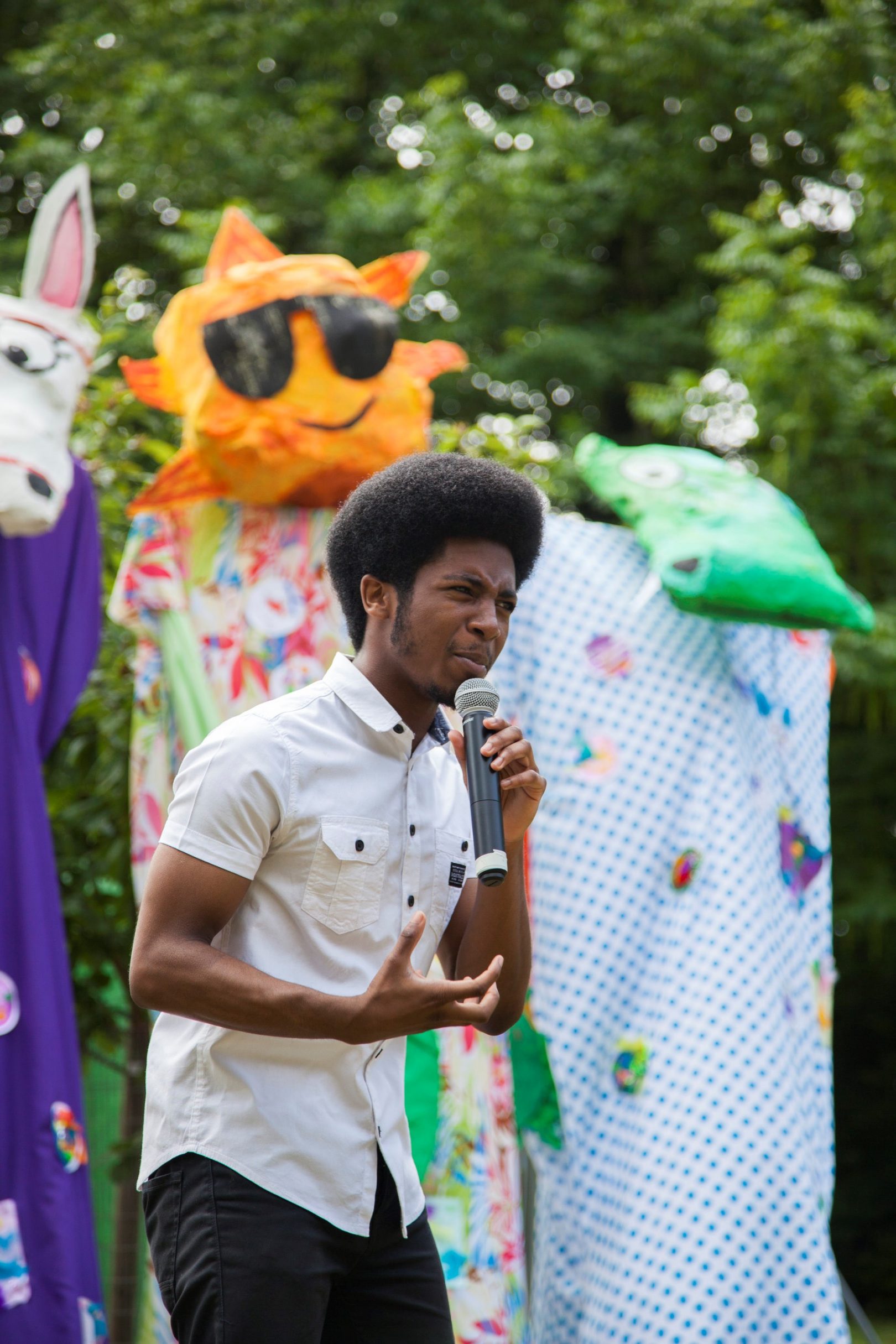 The puppets made during these workshops brought together our puppetry heritage with the ‘summer of love’ theme. A giant Croc, Sun, Muffin the Mule and the two heads from Pink Floyd’s album ‘The Division Bell’ were collaboratively created over two weeks. 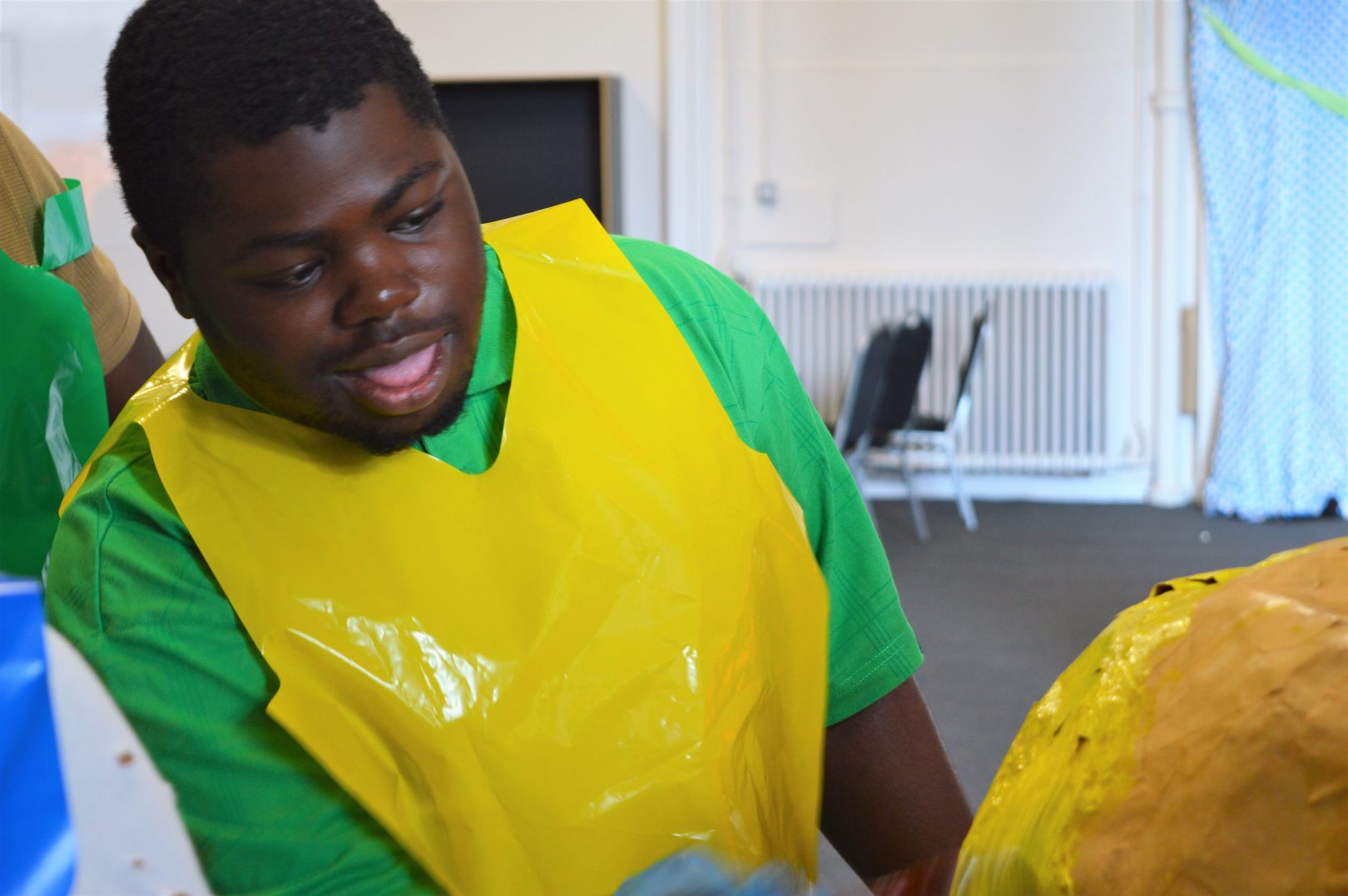 The Transmitter hall was the ideal space to host this group due to the access ramp and size of the room. Some learners found great pleasure in running and dancing in the room. The project was designed using a flexible structure wherein the learners were able to dip in and out of stations throughout the two-hour period. The collaborative and collective nature of the project provided opportunities for the learners to work together and support each other. The use of bright colours and different textures was appealing to a lot of the learners and the different stations such as papier mache, painting and fabric decorating meant that everyone could participate 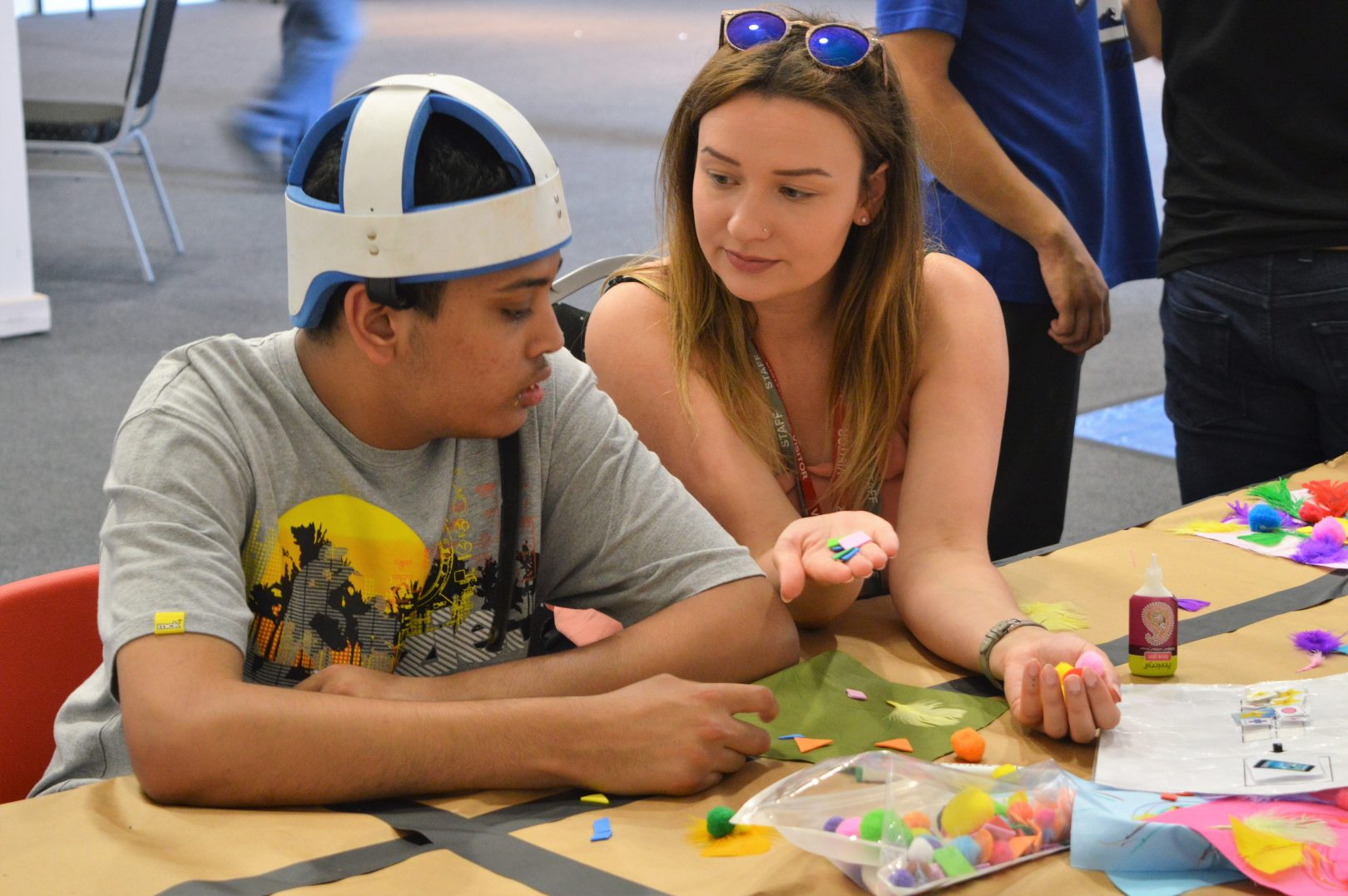