To celebrate International Women’s Day, Alexandra Palace’s Curatorial Interpretation Manager, Kirsten Forrest talks us through a selection of the women who have shaped the history of the venue:

One of the unexpected pleasures of my role at the Palace, which involves researching and developing exhibitions on the heritage of Ally Pally, is discovering more about the lives of some of our history’s most amazing characters.  For me, a top-drawer star of our entertainment heritage is Dolly Shepherd ‘The Edwardian Lady Parachutist’. Dolly, christened Elizabeth, but nicknamed as a baby because of her doll-like look, became famous for jumping out of balloons and floating back to earth in front of crowds of admirers. She was a daring performer who made her first and last jumps here in the park at Alexandra Palace but unlike many of her aerial pioneer friends survived this career and went on to serve in the First and Second World Wars as a driver and mechanic. Clearly, she was a tour de force of a woman who knew no fear and continues to be a huge inspiration to all who come across her story. I was lucky enough to track down the archive of Dolly Shepherd in Ashby de la Zouch following a lead from a fan blog about seeing 100 year old, original artefacts and memorabilia which have been preserved by Trustee Ken Hilliard. I am enormously grateful that Ken allowed me to borrow and digitise these precious items including audio recordings of Dolly’s memoirs – snippets of which can now be heard in the display at the East Court of the Palace.

Of course, the Palace’s history of broadcast particularly BBC television is peppered with female firsts. On the 2nd November 1936 the first song ever performed on the brand new medium of television was sung by well-known radio and musical theatre star Adele Dixon. First-hand accounts of this historic moment, relate how wardrobe had to come up with a floral addition to Adele’s dress to conceal the décolletage – how times have changed! 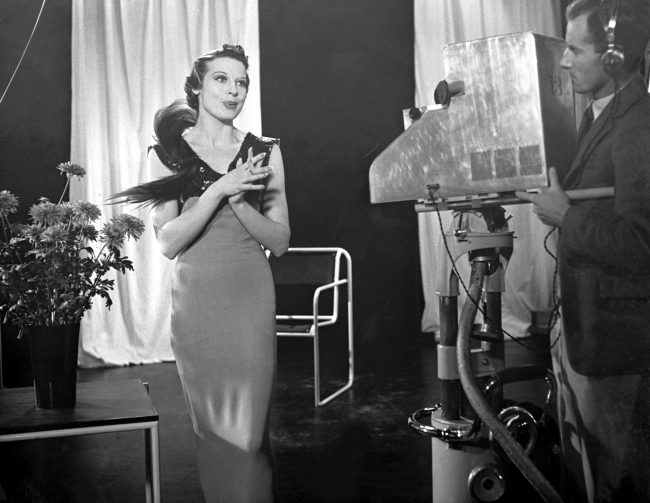 Sadly for us, very little early television survives, as even when it was recorded it was not saved forever. When it launched, television went out live and there was no way to record shows. More like theatre, if a show was to be repeated the cast had to perform again even in extreme circumstances. However, by 1947 technology had progressed enough to capture the television signal on film and Adelaide Hall an American Jazz singer, who was a leading figure in the Harlem Renaissance with a successful career in the US and UK was the first performer to be ‘telerecorded’. Adelaide performed on Variety in Sepia, a television special dedicated to black talent, which was the first show recorded for repeat broadcast.

One of my favourite behind the scenes personalities from Ally Pally’s television history is pioneering producer, Grace Wyndham Goldie – an early devotee of television who revolutionised the electoral process in 1950 by broadcasting results in real time, as they came in. Controversially, for the first time in British history, the public learned the results at the same time as the politicians: “The privilege of the few had once again been extended to the many.” A hugely influential producer, and formidable woman Grace went on to create the current affairs television format. Her thoughts on witnessing early television broadcast tests in 1936 sum up her spirit and foresight: “the whole thing was terrible, the reception was awful …and I was convinced this was going to become one of the most influential things that had ever been created”. 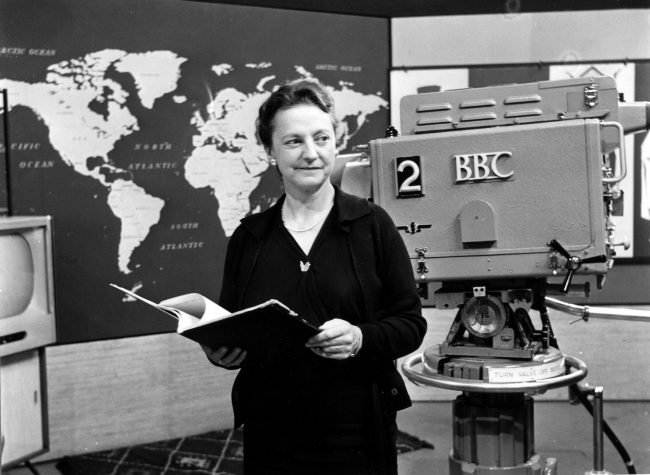 A major influence for me in the post-punk musical wasteland of the 1980s, was the phenomenon which is Madonna – a recent visitor to our newly reopened Theatre (she was here in June, 2019 to launch her latest album)! I watched her with awe on TOTP in December 1984 lip synching ‘Like a Virgin’ and dancing wearing a pink wig. The whole effect was an epiphany of female emancipation for this wee lass. And at the end of the decade when I was studying in Northern China, Madonna cassette tapes along with Richard Clayderman ironically were the only decadent western musicians represented in the local Xi’An markets. Not sure how they got Madonna’s lyrics past the sensors!

Tuesday, 17 December marked one of the most talked-about nights in recent Ally Pally history. Fallon Sherrock became the first woman to beat a man at the PDC World Darts Championship, with a 3-2 victory in the first round over Ted Evetts. She didn’t stop there, progressing through her next round a few days later. Her every dart was cheered to the rafters by the raucous 3,000 crowd and the aftermath saw her become a national celebrity. Fallon’s achievements have sent shockwaves around sport and the country as a whole, and along with a number of female contemporaries she is continuing to push the boundaries in a once male-dominated sport. She joins an ever-growing list of incredible women to shape the history of Ally Pally. 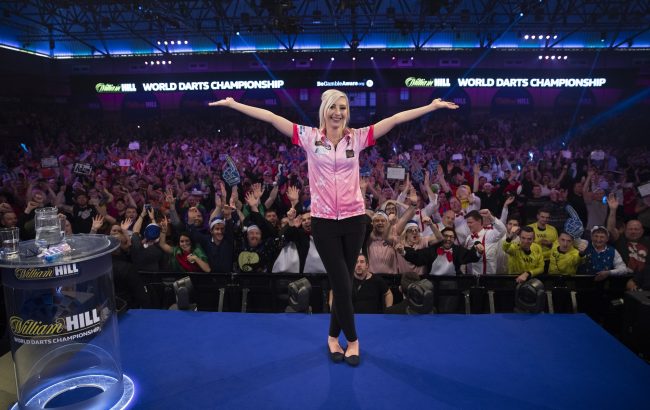