In January 2015 North Londoners awoke to a blanket of snow covering Alexandra Park as part of Land Rover’s experiential campaign Hibernot, encouraging us to embrace winter and get outside.

Launched by pop star Pixie Lott, Land Rover welcomed Londoners to enjoy a free winter wonderland experience, including sledging down our famous (and now snowy) hill on branded rubber rings, all topped off with hot chocolate and toasted marshmallows by a fire pit. There was also the opportunity to race mini remote control cars on a challenging miniature course.

The team at Ally Pally worked alongside agency The Event Business on this 7 day booking which consisted of 3 days set up, 1 event day and 3 days break down. Together we created a 80m x 25m sledging slope, with 200 tonnes of snow, 100 branded snow-rings and 3000 marshmallows – all on the warmest January day in years! When looking for a venue, the agency needed a slope first and foremost but Ally Pally’s enviable location, overlooking all of London’s skyline, was ultimately the deciding factor. 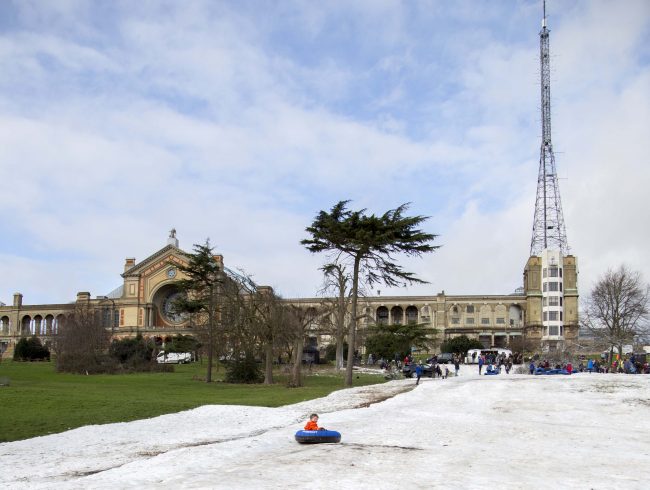 The brief was to create a one off event that would attract media coverage and launch Land Rover’s second phase of their iconic Hibernot campaign which focussed in on special events that inspired ‘Hibernot’ behaviour. This brand activation event, which coincided with the launch of Land Rover’s Discovery Sport, was also key in garnering content for Land Rover to share on its digital channels. 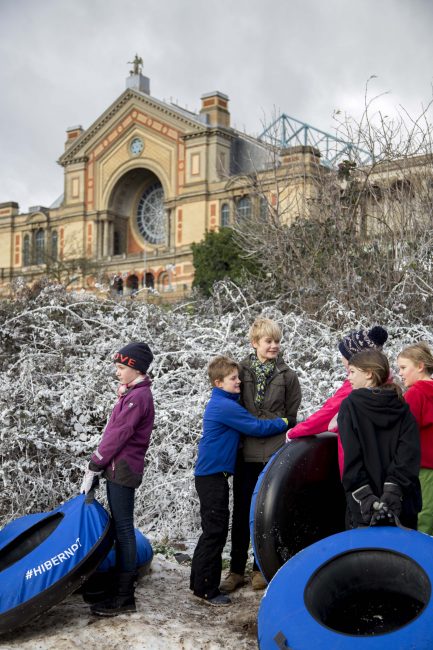 “It was a pleasure to work with the team at Alexandra Palace to create this unique experience for Land Rover. The snow day was a great challenge, but with the help of the venue, we created an event which was received incredibly well by the guests and media alike.”
Ben Milton, The Event Business 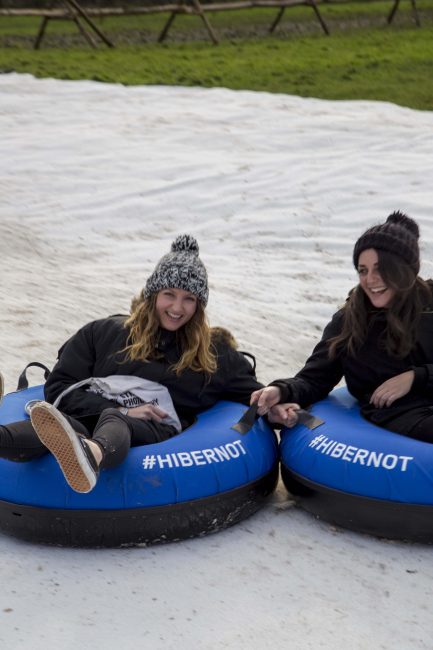