During June, Live Music Now made a resounding return to live performance, presenting over 60 concerts across the England, Northern Ireland and Wales, as its 250 musicians got back to performing in schools, care homes and community centres across the nation.

In London, it’s first concert was presented at Priscilla Wakefield House in Haringey in conjunction with Alexandra Palace’s Creative Learning team and their Little Windows Therapies initiative. Singer song-writer Zoe Wren took her guitar and her infectious energy to the residential nursing home for people living with dementia, where she was warmly welcomed by the residents as well as the teams of staff working with them.

Zoe admits, “I was a little nervous before arriving, but once I was at the care home it didn’t even feel like I’d had a year’s break!”

The concert took place in the home’s sunny courtyard, with one member of the team commenting that Zoe’s “performance really connected everyone and lifted their spirits. Zoe engaged the audience superbly.”

Zoe recalls: “I was reminded of how important the little things are, like chatting to the audience beforehand and hearing about their favourite music, and what a difference it can make to have eye contact with all the individuals as you move around the space while performing.

“Everyone reacted with delight and I had an overwhelmingly positive and engaged response during the concert. People certainly became animated, and were joining in, which was lovely to see. When I sang my last song – Que Sera Sera – some even got up and danced. It felt like a really special moment.”

Marine Begault from Alexandra Palace’s Creative Learning Team, said: “We were delighted to see how residents and staff at Priscilla Wakefield House responded to Zoe’s performance – it was a really emotional and enjoyable afternoon, and Zoe’s performance was fantastic. It was great to work with Live Music Now, with whom we have a shared goal of bringing music and entertainment to people throughout the community, so that they can benefit from everything the performing arts offer.”

Having spent more than a year running a whole range of digital projects, Live Music Now’s army of professional musicians can now return to their vital role working with those experiencing challenging and difficult circumstances, live and in person. This includes people living and working in care homes, those living with dementia, children facing disabling barriers and school children who have all been missing out on vital creative stimulation throughout the pandemic.

Janet Fischer, Live Music Now’s CEO summed up: “The whole team is fired up and ready to get back out in our communities, entertaining and collaborating with audiences from babes in arms to octogenarians. It’s time for us to all reconnect with our musical lives. Let the music start!” 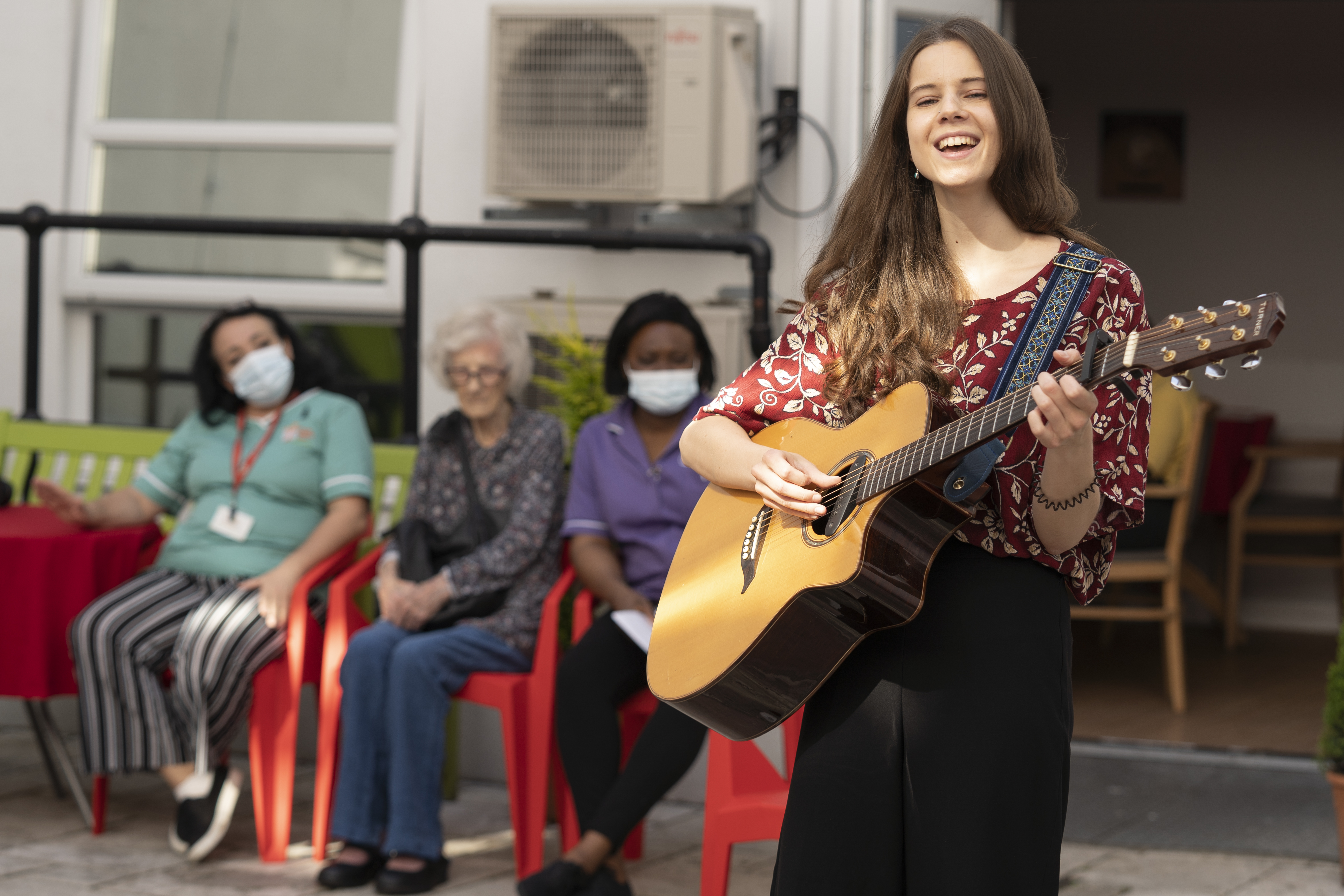 Tree of the month: July