In June and July Melody VR took up residence in our Theatre. They joined forces with the team behind Wireless Festival to create Wireless Connect, a virtual festival with performances streamed live in 360° virtual reality on the MelodyVR app.

What is your role at Melody VR?

I am Head of Production. I manage the production team and oversee production and operations on site for captures and events.

To the uninitiated, what is Melody VR?

MelodyVR is a virtual reality music platform that allows fans to experience live gigs and original content in 360 from the best positions in the house.

What artists/performers have you been working with during your time with Melody VR?

We have worked with so many! London Symphony Orchestra, Wiz Khalifa, Panic at The Disco, Kiss, Jamiroquai, Khalid, Kelly Clarkson to name a few…a lot of artists in my time. 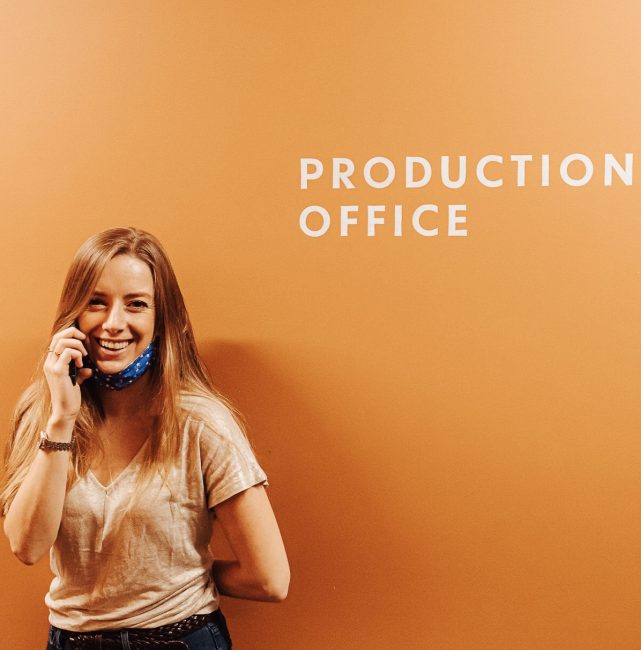 You started out at Alexandra Palace, what did you work on here and what have you gone on to do?

My first day working in the music industry (post various label internships) was working for David Guetta as his Tour and Production Assistant. It was just over eight years ago. He played two huge shows in The Great Hall. It was an incredible start to my career, being in such an iconic venue with an artist like Guetta whose team was leading the way with incredible production designs at the time. I worked for David for over four years and also Chvrches, who I also did a show with here in Ally Pally. Funnily enough, that is where I met some of the MelodyVR team for the first time…they were here capturing the show in 360.

What have you been doing back at Alexandra Palace?

I was overseeing the production for Wireless Connect, which is a three-day virtual music festival. We’ve been here for over a month working with tonnes of artists, including people like Stefflon Don and Ray Blk, capturing them in the beautiful setting of Ally Pally Theatre.

What’s the best thing about your job?

I absolutely love live music, so being able to work in a gig environment is amazing. I particularly love working in production, working hard to pull various elements together to produce a stunning show or exciting content.

How has it been working under covid-19 lockdown restrictions?

It has been a challenge but one I think we’ve risen to successfully with the help of venue staff and a commitment from everyone to follow the measures we implemented. I feel extremely grateful to be working during this difficult period and hope that we continue to provide a space for musicians to create fan experiences and opportunities for people working in the music industry.

What are looking forward to most in the future?

I really miss the moment just before a band comes on stage…the atmosphere is electric and everyone is connected for a minute, excited for what’s about to happen. I can’t wait for those moments again – both as a fan and someone working backstage.