If you are following the restoration of the East Wing project, although you might not recognise my name, hopefully you will have seen some of my work.

I’ve been an amateur photographer for many years, interested mostly in landscape and architecture and like many people I would take photos, show them to a small circle of friends and then store them on a hard drive never to be seen again.

In October 2016 the Chartered Institute of Building (CIOB) were holding their Photographer of the Year competition and one of my managers at Willmott Dixon – where I was at the time employed in the IT Department – suggested I should enter.

So it was in early November 2016, having being granted permission by both the Charitable Trust and the site project manager, that I made my first visit and fell under the spell of Alexandra Palace.

I will admit that on that first visit my main objectives were quite selfish – find something that would give me a strong image for the CIOB competition and to gain access to what remained of the BBC Studios from 1936. 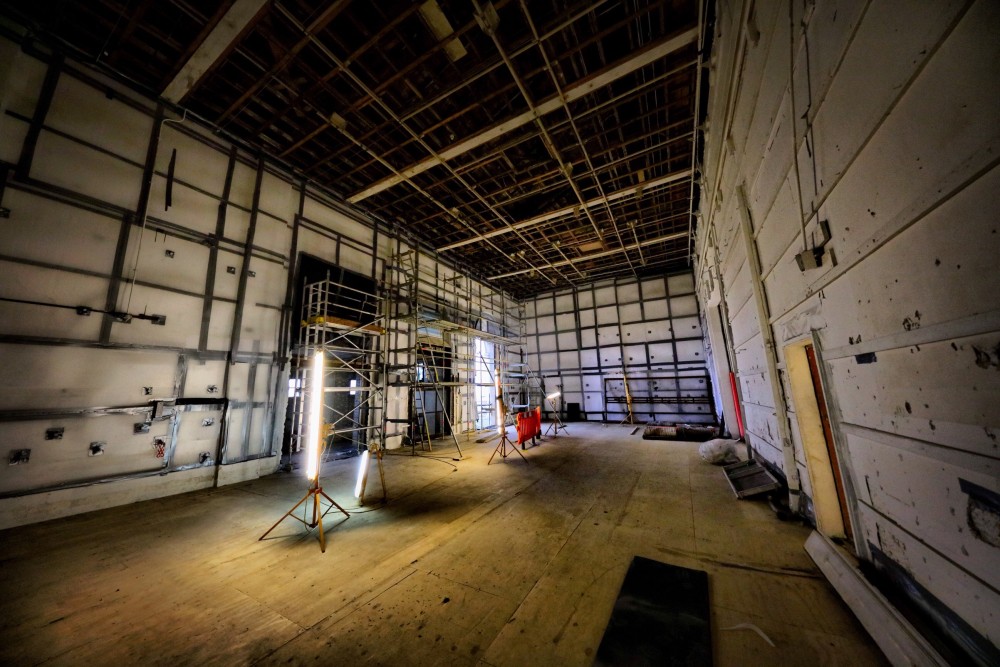 My guide on that first tour took me to the stage of the theatre – how to best describe that first view – a cross between Dickens’ Miss Havisham and Sleeping Beauty. It was probably at this moment that I realised that there was a great opportunity for me to be part of the recording of the restoration project’s progress. The luxury of a full-time on-site photographer was not part of the project scope so it seemed like a good partnership – I would be able to access the site on a monthly basis, and I would share a selection of my images with the Trust.

Like most people when I go on holiday I will simply point and shoot when the opportunity presents itself – recording the restoration of the different spaces, all with their own project milestones would require some planning.

I wanted to record two main things – the first, a record of the completion of significant milestones – for instance the laying of the concrete decking in the theatre auditorium; the second objective being to provide “before” and “after” and hopefully “during” shots of the work as it progressed. 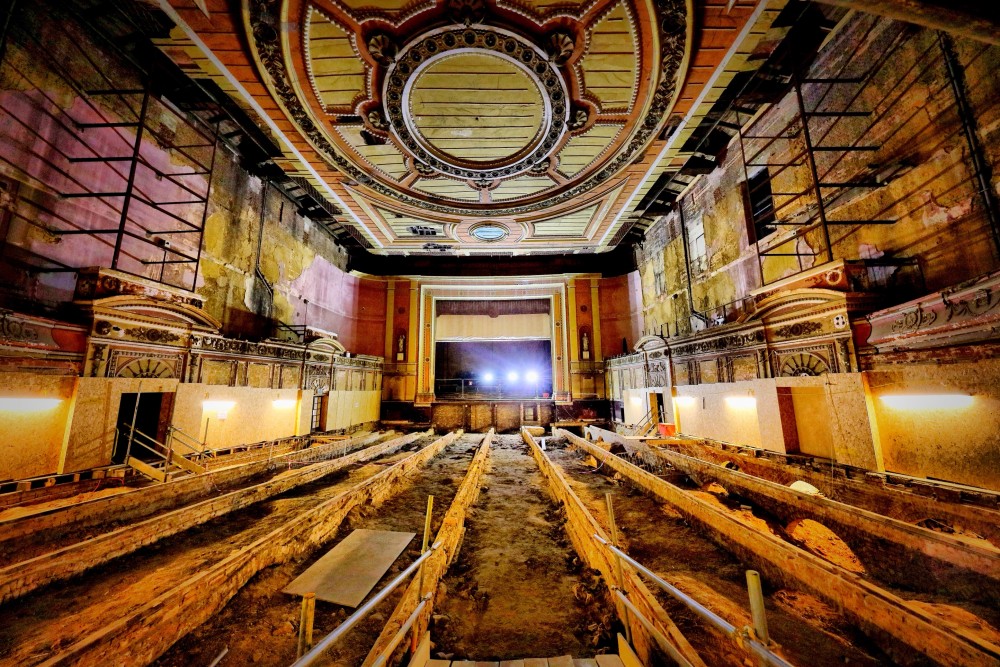 So when I turned up for that first visit to hopefully find a winning entry to the CIOB competition, I knew enough to be able to take some establishing shots of what would be impacted later and as a record of what was happening around the site on that day.

I think in total I took around 200 photos – in the two or so hours I’m on-site, I always seem to take around that number of photos at Alexandra Palace – it’s not a number I aim for, it just happens.

It was as I set foot in the Stage House that very first time that I realised what a special place this was – the dimly lit Stage with the low level temporary lighting flooding in from the auditorium – like a phoenix rising from the ashes. 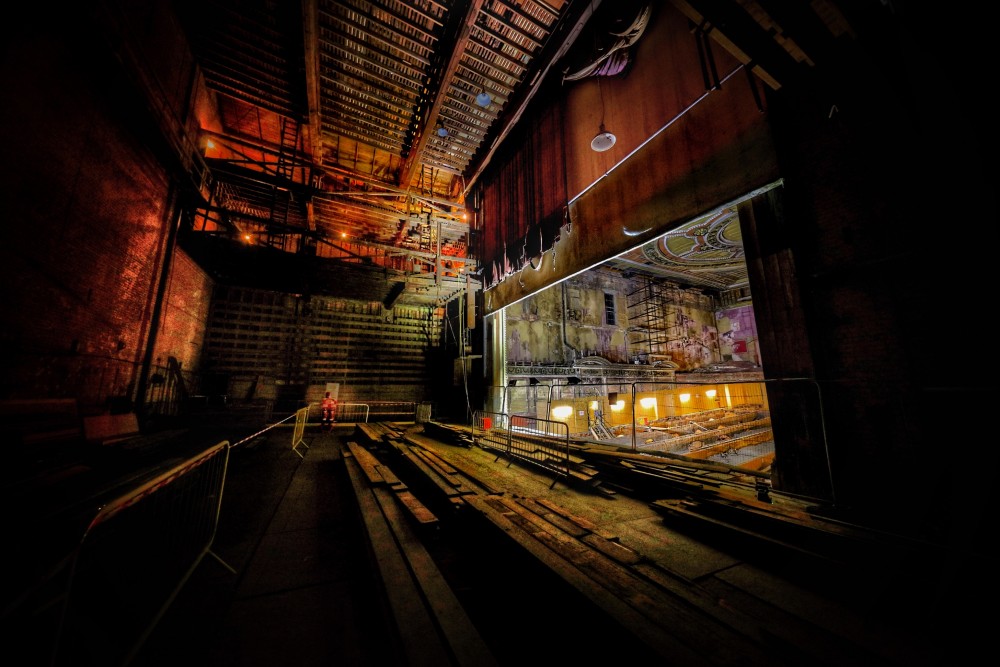