In the first six months, through to April 2017, what I recorded probably showed very little progress in terms of moving the project forward; however the work that took place in the first six months was vital in allowing the main construction phase to move forward as planned.

The project was split into two phases – Enabling Works and Main Works. The Enabling Works consisted mainly of decontamination and the removal of redundant plant and materials, making the site safe for the Main Works.

During those early visits one thought that was constantly going through my head was as a Project Manager, where on earth do you start when pulling together the right teams at the right times to bring all the different areas with their own unique issues into a combined programme of works, with the same end date, but different outcomes? The East Court to become the new social hub of the East Wing giving access to the Theatre and learning centre; the Theatre, restored as a fully functional venue while still preserving the listed Victorian theatre machinery.

Walking around the site in those first six months it seemed as if it was some bottomless pit of work that would never reach completion. I even remember at the time when deciding how often I should be attending whether once a month was too frequent. However, as we came to the close of the first twelve months of my visits and the first six months of the main construction phase, I felt once a month was just about right for keeping up with the pace of progress. 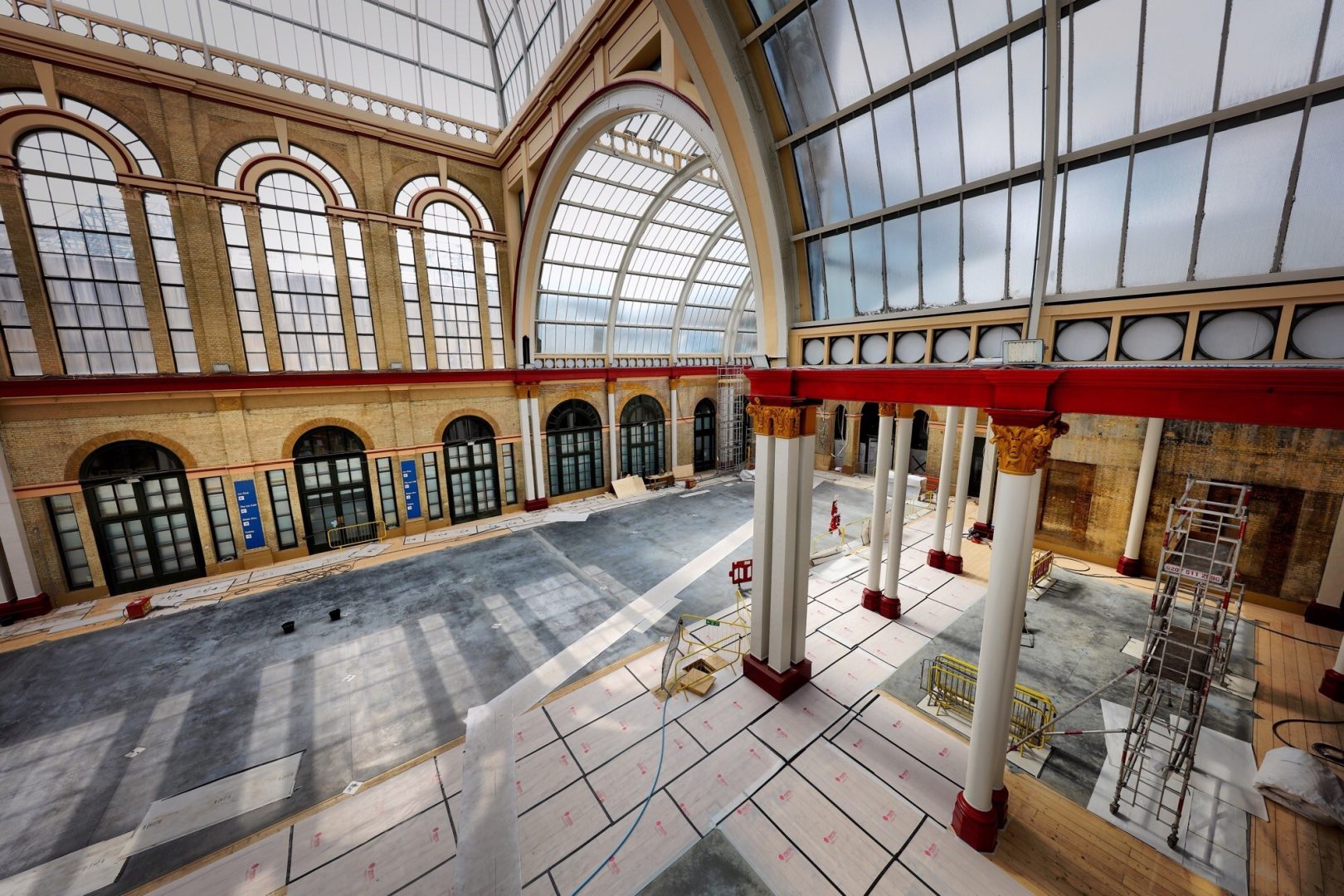 There is a lot about Alexandra Palace that makes her photogenic – she was in a bad way – new builds don’t have that stage in their construction – most of the work is taking place inside with low level lighting, giving the sense of being inside a very large cave with exaggerated shadows and light bouncing off the scaffolding.

Every visit holds a surprise – one month, the concrete base had just been laid in the auditorium; the next time, the space was half-filled with scaffolding from floor to ceiling; after that, somehow they managed to get a huge crane into the remaining space to lift the new supports for the balcony. 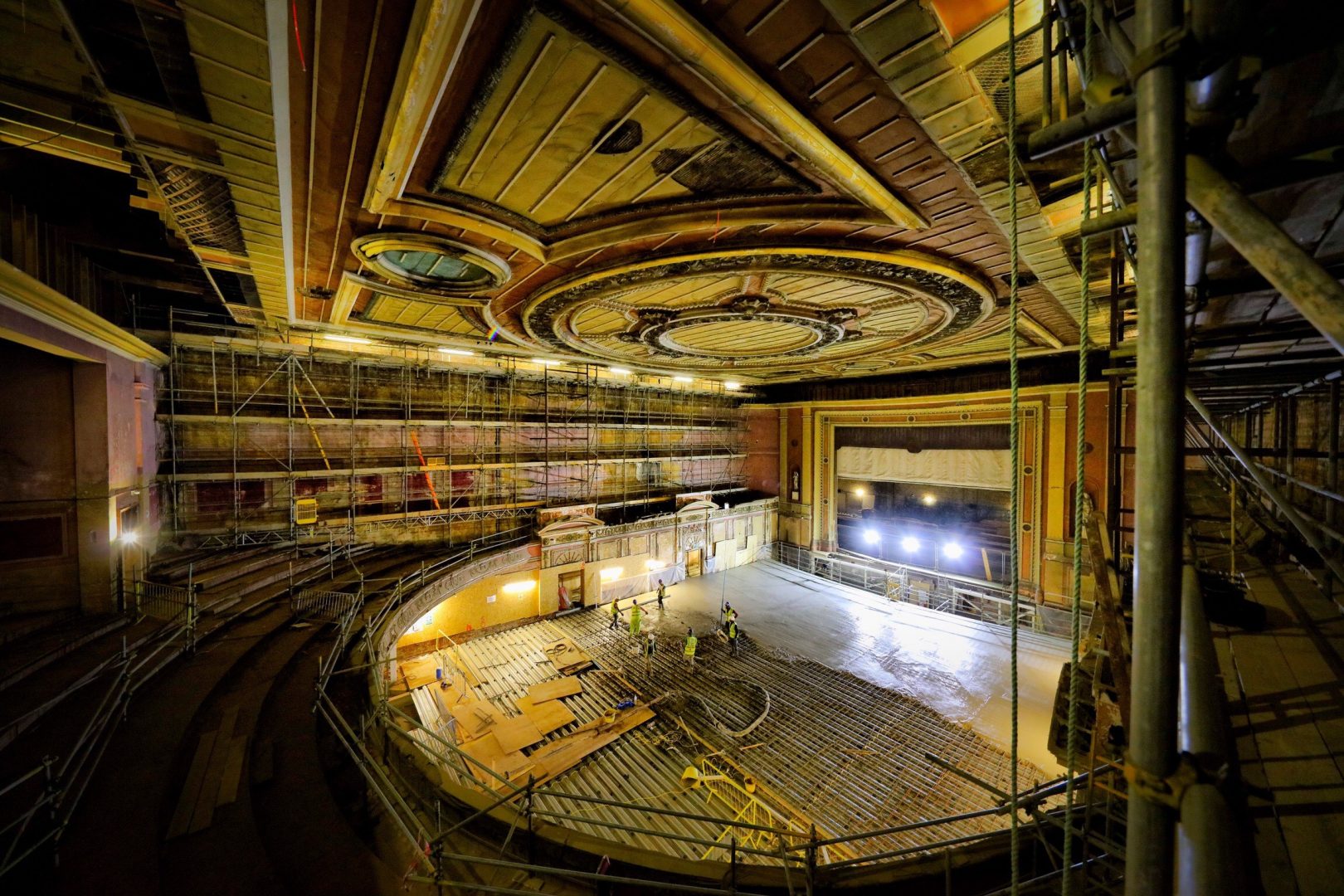 To be able to record the concrete pour from almost at the height of the ceiling was amazing; conquering my fear has paid off many times over the months as I have been able to record work in the roof space, the restoration of the plaster ceiling and I have climbed to the roof of the theatre via the scaffolding along the north exterior wall of the theatre. As grateful as I am to Harry, the Willmott Dixon apprentice who escorts me around site, I’m sure deep down he also got some enjoyment out of seeing me face my fears.

The one question I kept getting asked was have I thought about a book – and the more I thought about it, the more attractive the idea the idea became. With the Trust and Willmott Dixon’s blessing, over the past year I have been slowly compiling a Photographic Journal, documenting the construction project, from the very first visit back in 2016. Keep checking back for the final instalment of my Alexandra Palace story including details of my forthcoming book!

Alexandra Palace Theatre and the East Court has open to the public in December. To support us  click here. Find out more about Keith Armstrong’s book here.