In my previous blogs I related my journey in recording the restoration to the point where the possibility of a book became more of a certainty – around January 2018.

At this stage the reopening was a very closely guarded secret – I certainly didn’t expect that another full 12 months of photography lay ahead or that I would beat my own lifetime record and take over 1200 photos in a single visit.

I had been producing my edits of the photos on a monthly basis since November 2016 – giving me a back catalog of around 900 images.

As I played with various layouts the trick was going to be getting the correct balance between image size, image quantity and space for the journal entries – sort of footnotes but not.

With the layout sorted there was just one other issue to be addressed – the inclusion of people.

From the beginning there had always been the intention to include people in at least some of the images.

A list was compiled, and in a number of cases, releases obtained.

However, that method wasn’t going to work for larger groups especially if sought after the event – so for the final year I minimised the number of shots that included people or at least made sure I took alternatives without people.

No sooner had I made that decision than I was there to record the first of a number of special events all of which would have a very person-oriented focus.

The first of these was a “Hard Hat” session – more formerly a test of the auditorium acoustics.

The structure known as the “birdcage” had largely been removed by the end of April, so members of The BBC Concert Orchestra set up in the auditorium and played a selection of excerpts. The twist being, that as still a live construction site, the musicians would need to wear high visibility vests, protective footwear and hard hats – hence the name.

I turned up to record the event with some distant hope that I might find a way to include even just one of the images in the book.

This was, however, a professional orchestra with an amazing reputation and image to protect. 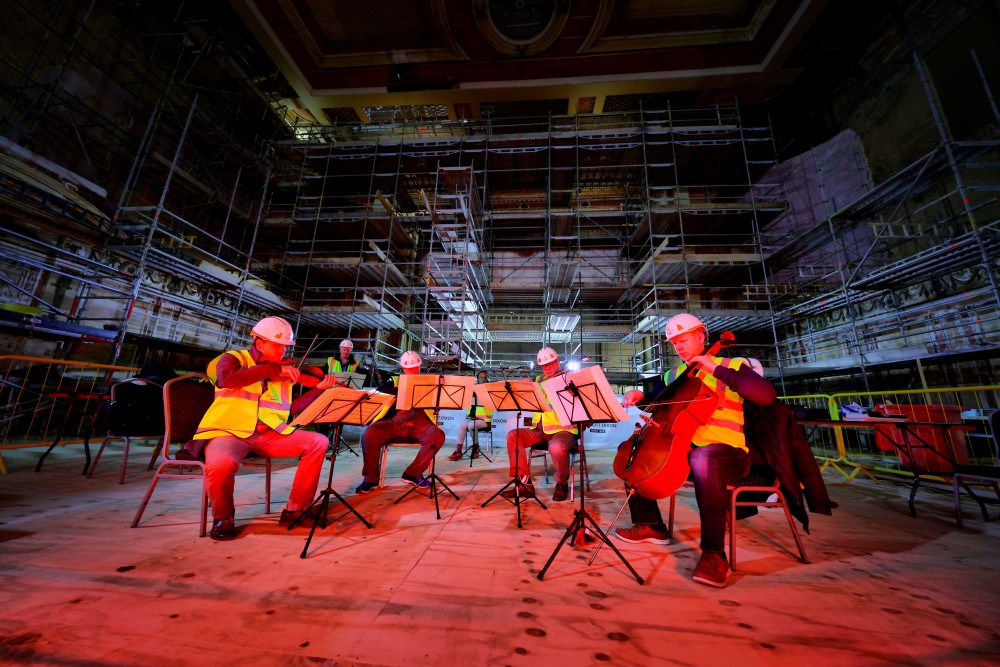 What I did know was that I wanted to record the orchestra against the backdrop of the theatre and the remains of the “birdcage”; I also wanted to record the passion with which the musicians played; what I didn’t want to do was to put what they were wearing centre stage.

I took the photos not knowing if any would see it through to the book.

So when the Charitable Trust’s communication manager offered to approach The BBC and the Orchestra on my behalf – I wasn’t going to say “no”.

Another four months passed and I was back to record an even more public performance – The BBC Proms- I’ll let you wait and read the book to find out what happened there. 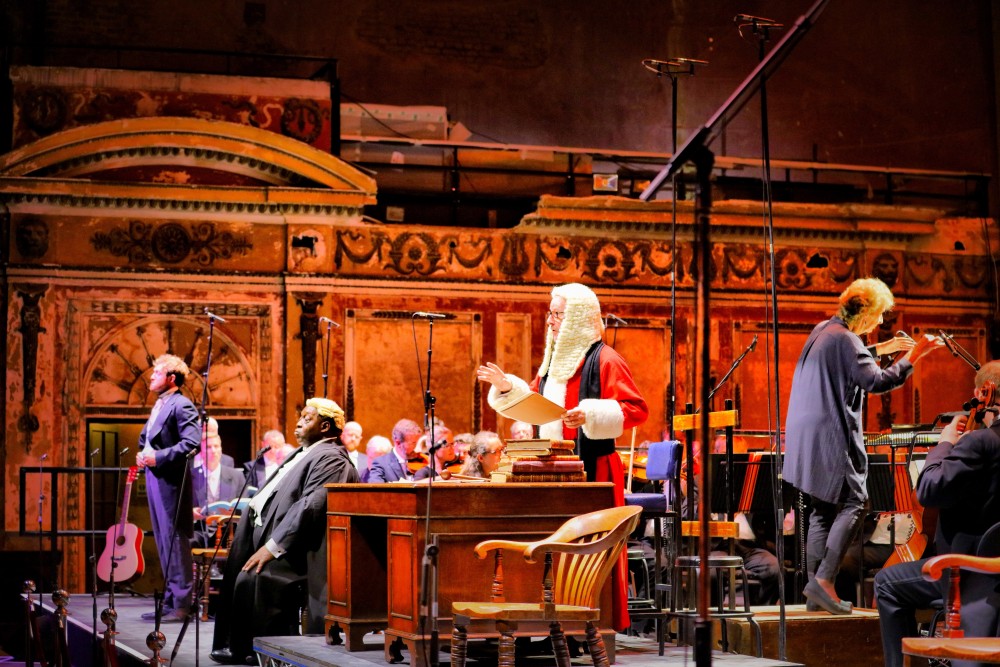 As I write this blog, it is now mid-October and next week sees my first visit to the project since the prom – apart from a very surreal half hour when I was asked to be one of two guest speakers at The Friends of Alexandra Palace Theatre Annual General Meeting.

This was the culmination of the first round of publicity for the book that had seen two newspaper articles together with various first mentions on a number of Facebook pages.

So now six weeks from the opening weekend and I’ve given myself something of a challenge:

3 Attend the opening weekend events, edit the photos and write the accompanying text

4 Coordinate the second round of publicity for the launch weekend.

All of the above will have to be complete and uploaded by close Sunday December 2, to ensure the book can go on sale the following day Monday December 3.

If not to make things worse the book will be available not only as a traditional hardback through Amazon and the publisher’s own book store but also as an ebook via Kindle and iBooks.

If you would like links for ordering the various versions of the book together with information on discounts follow the link to the books microsite.

Just as I’m writing this and just to add a little more to the pressures – the opportunity to enter the CIOB Photography competition has arisen again – so after three years I really am back where this all started.

I hope you have enjoyed my personal journey through the restoration of The East Wing of Alexandra Palace or at least the accompanying photos.

If you want to know more – there is a book – sorry couldn’t help myself.

Finally, a big thank you to The Charitable Trust and the Project Team – for even though I just happened to be the right person at the right time – without their ongoing trust and cooperation- this would never have become what it has. 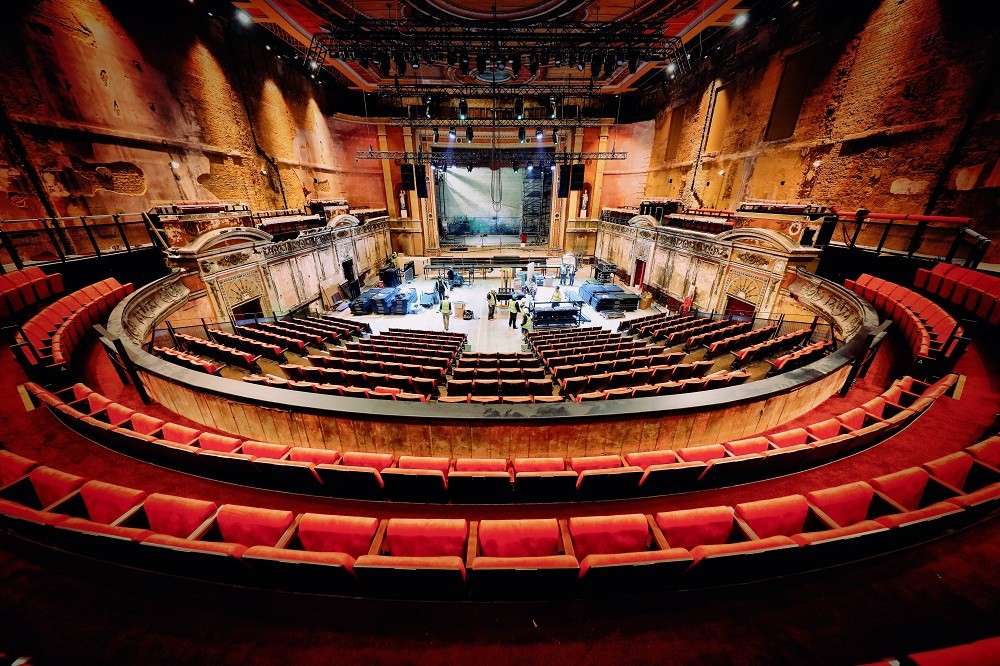