Ally Pally has been entertaining the masses since the Victorian era. When our doors closed in March, it was a rarity to see the shell of the building standing empty and there was real uncertainty of what the future held.

The project with Nick Cave began in the early stages of lockdown with the brief developing organically through various site visits and conversations between teams.

Cave joined forces with cinematographer Robbie Ryan, sound man Dom Monks and Editor Nick Emerson to ultimately create a unique performance that was to be shared with fans across the world.

The film begins with a walk through several of the empty event spaces of Ally Pally including the Palm Court, Palace Suite, Panorama Room and the Great Hall before arriving in the West Hall where a grand piano sits in the centre. On the accompanying soundtrack Cave recites an amended version of Spinning Song, a quasi-allegorical track from his most recent album, Ghosteen.

Instead of trying to conjure an artificial intimacy, Cave and his cinematographer Ryan drew deliberate attention to the eerie emptiness of the building in which he was playing: a powerful analogy of the impact the pandemic has had on certain sectors including the essential supply chain which brings these shows to life.

The result, a beautifully eerie, cinematic response, which captured a moment for us as a venue.

We worked closely with ATC Management and became a title partner – ‘IDIOT PRAYER: Nick Cave – Alone at Alexandra Palace’ which further emphasised and responded to this moment in time. It also provided us with a wealth of exposure to new audiences as the stream was viewed globally.

The film was meant to be a one off exclusive stream but it had such an incredible response that a global cinema release was planned on Thursday 5th November 2020. We were due to host the screening in our Victorian Theatre but unfortunately the UK went back into lockdown on that very day, and the release was postponed.

This was a real collaboration, with the team at Ally Pally working closely with ATC Management to ultimately achieve Cave’s vision. He puts it better than we ever could:

“We worked with the team at Alexandra Palace – a venue I have played and love – on securing a date to film just as soon as they were allowed to re-open the building to us. We had an amazing production team and crew, and what they did within this extraordinary situation was a marvel. Surrounded by Covid officers with tape measures and thermometers, masked-up gaffers and camera operators, nervous looking technicians and buckets of hand gel, together we created something very strange and very beautiful that spoke into this uncertain moment, but was in no way bowed by it…It is a prayer into the void – alone at Alexandra Palace – a souvenir from a strange and precarious moment in history.” 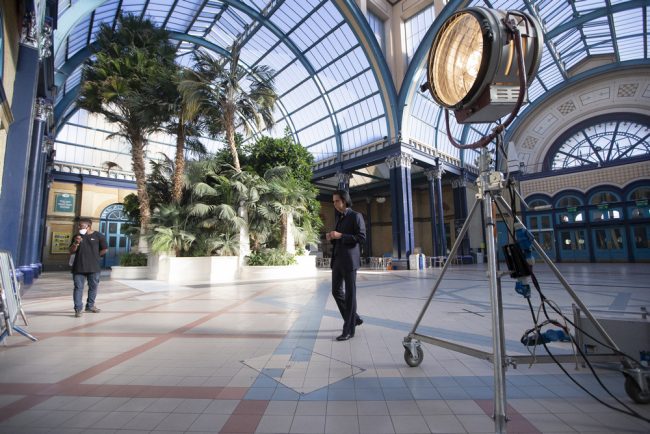 5 stars from The Guardian

4 stars from The Independent