10th JULY 2020 marks the 40th year since the devastating fire that almost wiped the Palace off the map.

Thanks to recent uncovering of archive material, work is underway to compile the definitive account of the rebuilding of the People’s Palace through contemporaneous photos, footage, plans and eye witness accounts.

Much has been written about the “Monster of Muswell Hill” but few people know of the scale of the challenges and the extent of the work that was taken on by the Development Team. It is a story of optimism, passion and faith in the significance of the Palace.

The below gives a snapshot of the day and the subsequent aftermath. The reconstruction work took eight years in total, with the Palace reopening in 1988 to great acclaim.

Our Curatorial Team, with the help of volunteers (and with thanks to Dr. Peter Smith), are continuing to work on the archive, which we hope to make publically available in the future. 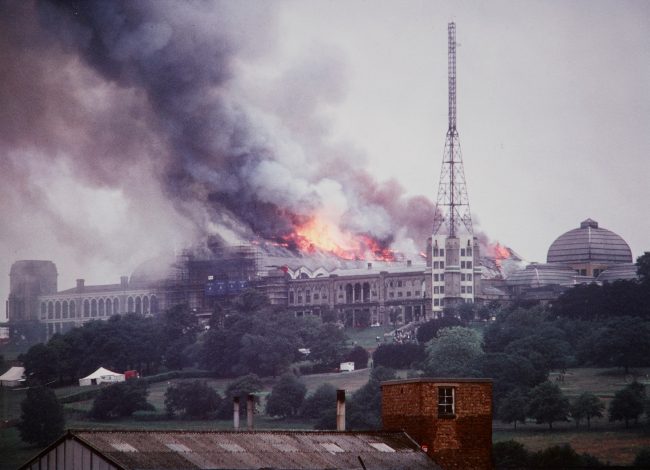 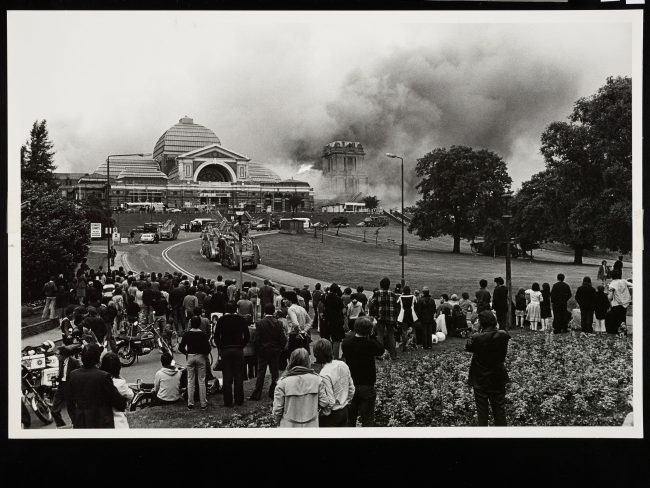 The fire service waged a long battle to get the blaze under control. 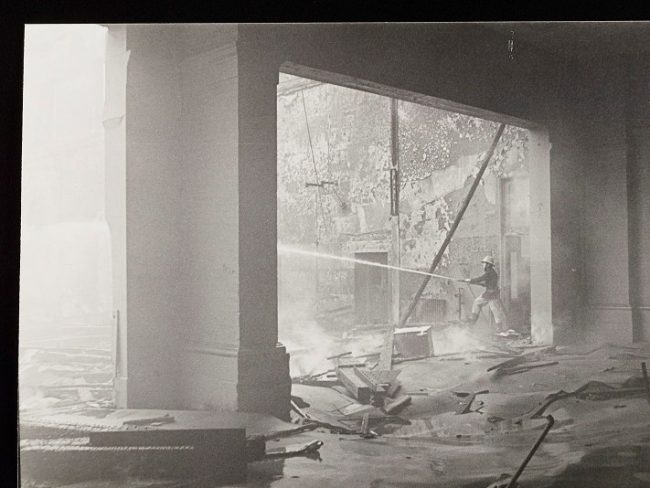 This film footage, taken for TV news at the time, shows the drama unfolding.

The fire is believed to have started behind the historic Willis Organ in the Great Exhibition Hall, before spreading through the roof. In total around one third of the building was destroyed, including the Great Hall (pictured below), Banqueting Suite and former roller rink (now the West Yard). The Palm Court and area occupied by the BBC – including the theatre and transmitting tower – escaped damage. 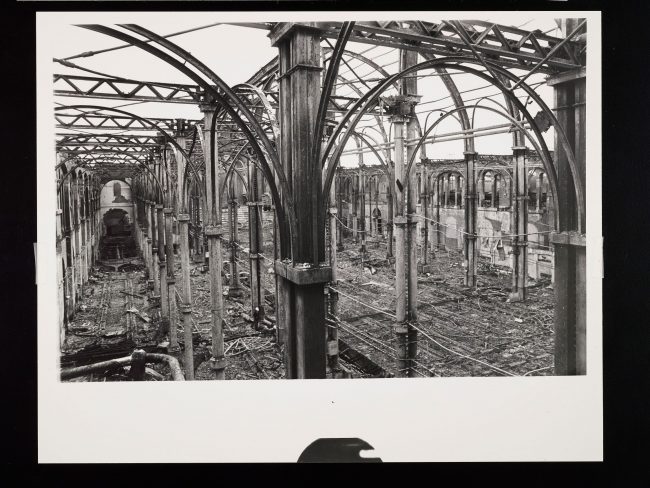 The reconstruction operation was huge. The picture below displays the extent of the work, it shows what is now the Great Hall with no roof. 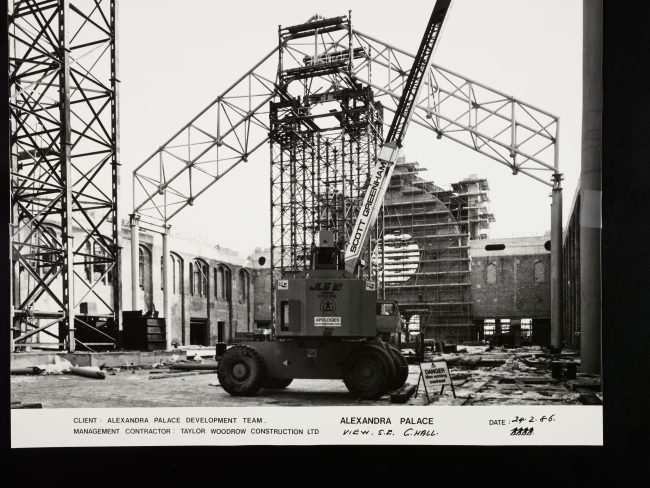 The construction team designed a new silicone roof, coated in fibreglass material that had never been used in Britain before. The rebuilding work also offered the opportunity to build the Rose window, designed by Maria McLafferty