Alexandra Palace’s ambitious East Wing Restoration Project began following the publication of the charity’s masterplan in 2012. The plan identified six key areas for phased regeneration across the Palace, to define the optimum long term use of the Palace for public benefit and commercial value and to underpin the vision for the regeneration and development of the site.

Opening up the derelict spaces, one of the six big ideas, proved a popular choice, so in autumn 2012 the Trust applied for funding to restore some of the most historically significant parts of the site. With 40% of the building derelict, this project marks the biggest investment in the building in a generation. 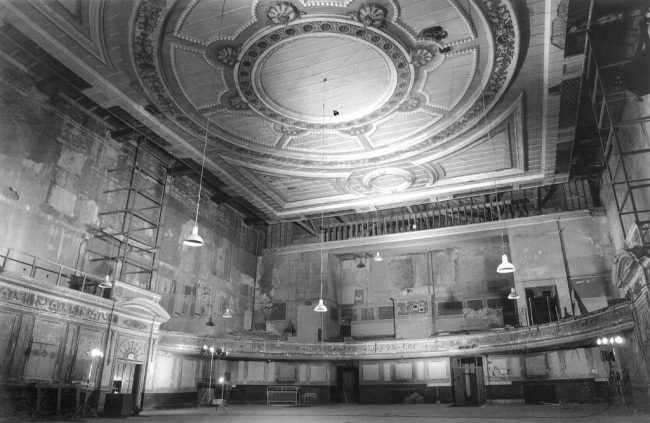 In 2013 the Heritage Lottery Fund (HLF) awarded the Palace an initial £844,800 in development phase funding to further develop the project’s designs and business plan. This phase included a six-week public consultation which saw over 2,000 local residents, stakeholders and community groups pledging their support for the project.

In 2015, the Palace secured a further £18.8m in HLF funding, one of the largest ever grants for a heritage project, to repair and restore the Victorian Theatre and renovate the East Court to create a new entrance and public space. Haringey Council pledged a further £6.8m towards the project. Ultimately the plans received the backing of a range of stakeholders including the Theatres Trust, the Friends of Alexandra Palace Theatre, the Friends of Alexandra Palace Park and the Victorian Society.

The challenge faced by the design team, led by award-winning architects Feilden Clegg Bradley Studios, was to preserve the character of the Theatre while making it safe for the public and addressing the historical design defects – allowing the space to be configured in ways not envisaged by its 19th century designers. This meant a more flexible auditorium capable of hosting productions in a variety of configurations such as a traverse stage or in the round. 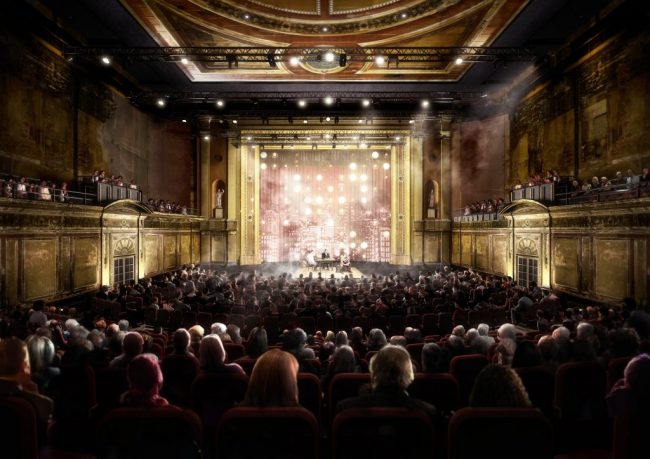 This would require the introduction of a number of contemporary interventions including a flattened floor in the stalls and a new modern seating system with just over 300 seats on a retractable platform, which will sit under the existing balcony when not in use. The restored Theatre will also feature a number of seats introduced along the wings, while the balcony will be strengthened and re-raked to allow for improved sightlines. The maximum seated capacity when re-opened will be just over 900. 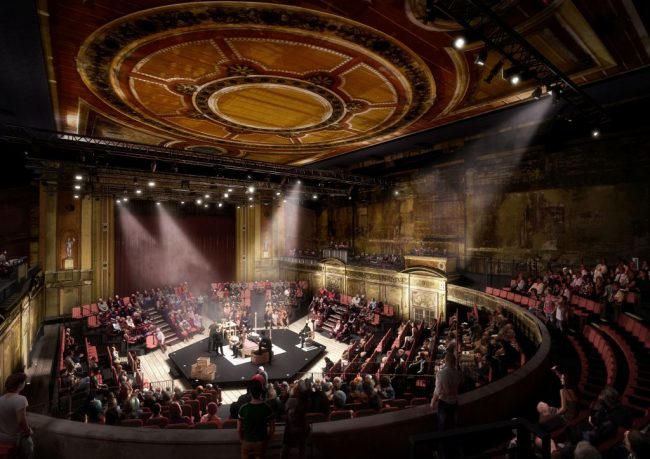 Early on it was established that the approach and ethos for the reimaging of the space was to be understated and sympathetic – to breathe new life back in, whilst retaining as much of the existing fabric and integrity of the space as possible so as to avoid the dilution of its unique character.