Enabling work began on the project in 2016 with the removal of redundant cables, pipes and plant as well as decontaminating the site.

First the floorboards had to be carefully lifted numbered and stored away. The original floorboards will then be re-laid at a later date, giving audiences the chance to tread the same boards as our Victorian forebears. This work was made possible thanks to funding from the American Express Foundation.

As the floorboards were lifted we came across a number of items that had slipped through the cracks during the Theatre’s history and had lain buried for decades. Most of the discoveries came from the Victorian era and early 20th Century – from lightbulbs and sweet packets, the usual theatre detritus, to shoes and medicines. One of the more recent relics discovered was the storyboard from Penélope Cruz’s shoot for Schweppes. You can find out more about that story here. 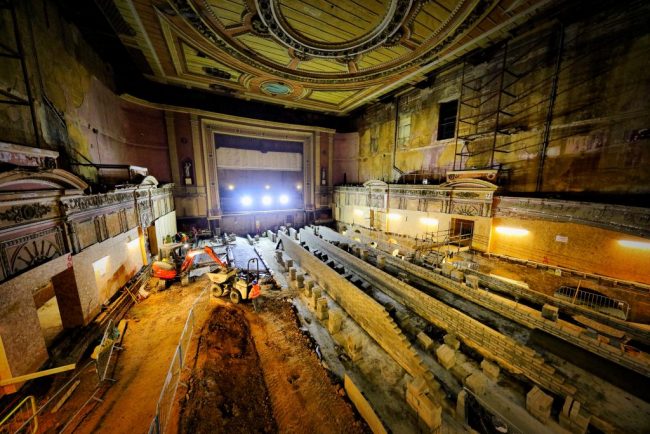 On further inspection the small brick walls (known as dwarf walls) that were supporting the floorboards were in much worse condition than previously thought and with much shallower foundations. During the Development Stage, a limited number of trials had been carried out to try and estimate the condition. However, until all the boards had been lifted, it was extremely difficult to get a true picture. 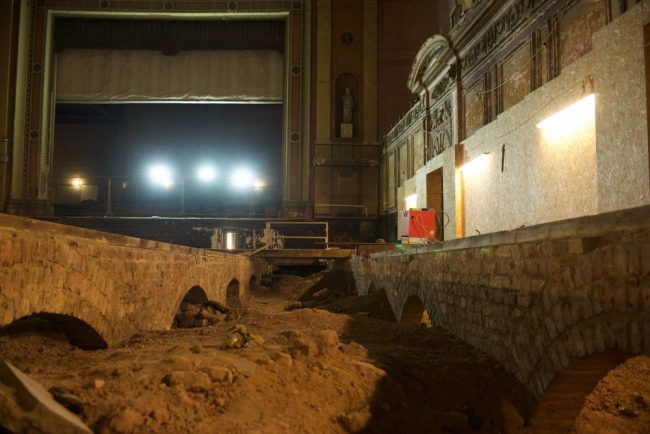 The dwarf walls had been constructed using Victorian common brickwork and in some areas the mortar had degraded so much that it could be crumbled by hand. In other locations brickwork had been removed to allow for the passage of services but the work had been undertaken with little care or attention, history having taking its toll on the impressive structure. 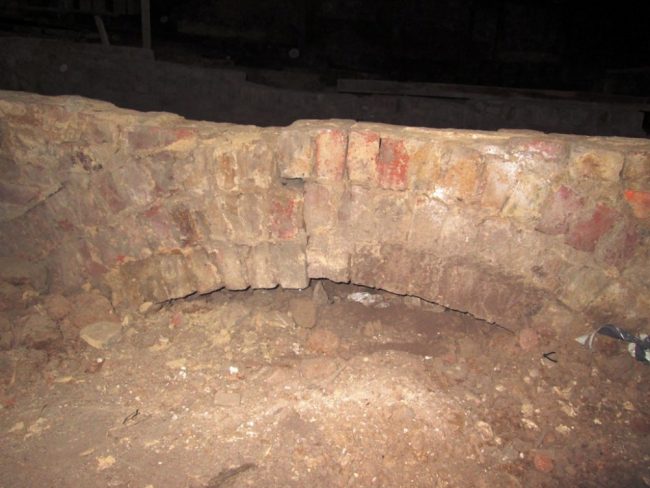 It was concluded that the dwarf walls were no longer compatible with the current design and would not be able to support the new floor sub-structure – the design of the Theatre called for the removal of the rake in the stalls to be replaced by a flattened floor.

Following consultation with Haringey Council and Historic England, Alexandra Palace submitted a new Listed Building Consent application to remove all of the dwarf walls apart from the north wall and the 3 arches of the adjacent wall – the only walls that remained in good enough condition. 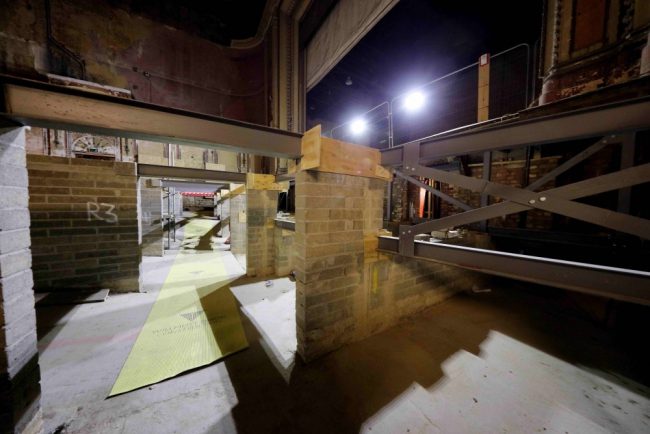 Work on securing the floor included the introduction of over 10,000 meters of steel reinforcement, the laying of 15,000 concrete blocks and over 800m2 of decking. With the floor secured, work could begin on the rest of the theatre as well as creating space for the planned natural air ventilation and heating system.