After work was completed to secure the base of the building, the next major area of the construction project was work on the balcony, ceiling and repairs to the roof structure.

In September 2017, contractors Willmott Dixon began erecting a large birdcage scaffold in the auditorium. The birdcage, comprised of thousands of pieces, took a month to install. The scaffolding granted access to areas of the Theatre that had been out of reach for a generation.

Strengthening work was required on the balcony as well as work to improve sight lines and access. This work included a new timber structure to support the circle balcony and steelwork for the new technical balcony. The restored balcony and side balconies have been designed to ensure that there is level access from the stairs and lift area in the North East Tower, allowing wheelchair accessibility. The balcony itself has been re-raked to ensure the sight lines down to the flat floor are greatly improved. 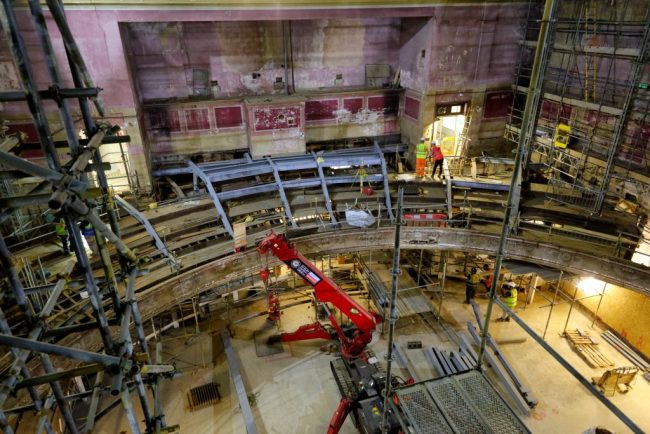 Decades of under-investment and water ingress had left the ceiling in a very poor state of repair; although an emergency ‘temporary’ roof installed 15 years ago had solved most of the damaging leaks from roofs and gutters. 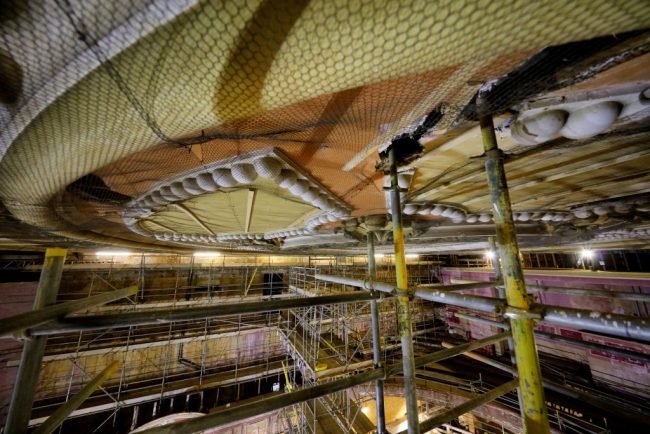 The decorative ceiling is constructed of fibrous mouldings and flat lath and plaster and is suspended from the roof trusses. The large mouldings were a later 1920’s addition to the original flat panel ceiling and were fairly secure, but large areas of the original Victorian ceiling had disintegrated or de-bonded from the timber laths. 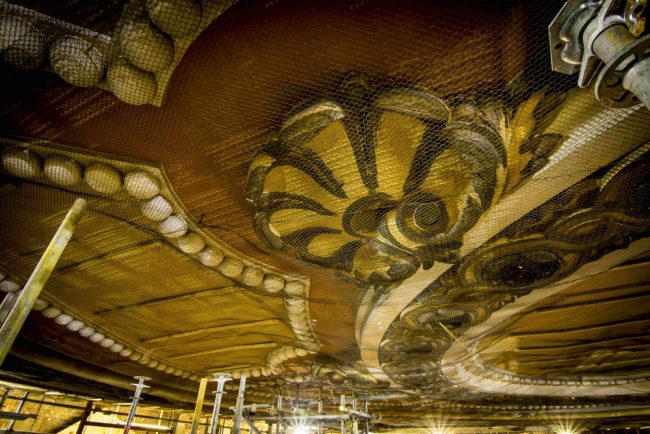 It was decided that once the ceiling had been stabilised and made safe, areas with holes and visible mesh would be preserved, in line with the “arrested decay” feel of the Theatre 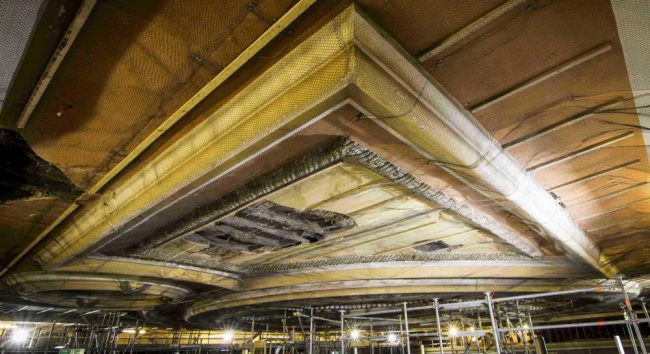 In the roof void, surveys revealed that the structural trusses were in a poor state, with a couple of them almost completely rotten. These trusses have now been strengthened and repaired with new steel brackets which have been fabricated to each individual truss.

With the work completed on the ceiling, the Theatre’s roof could now be replaced.