Another key area of the East Wing Restoration Project is the work on the East Court which will be reinvented as a multi-functional arrival space and focal point for the eastern end of the Palace. The East Court had previously served as the entrance to the Ice Rink. 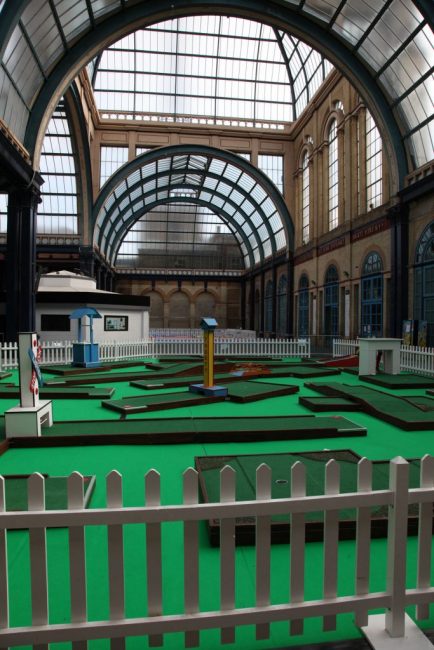 Work on the East Court began in 2016 with the breaking out of the 1980s floor slab and the removal of redundant cables and pipework. The next phase of work was the construction of a new sub-floor which includes trenches to contain cabling for data and power. Upon its completion, work began on painting the high-level steelwork. 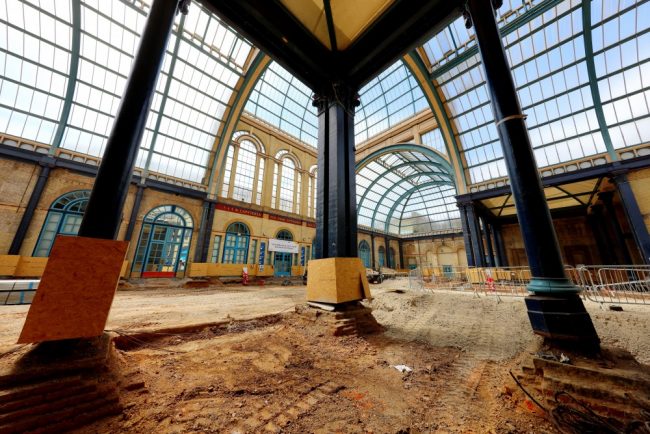 The colour scheme is an integral part of the East Court restoration. Working alongside historical Paint Consultant Patrick Baty, the final scheme strikes a balance between celebrating the building’s heritage and history while complimenting more modern elements of the new fixtures in the Court.

When it reopens the East Court will fundamentally transform how the public interacts with the Palace. Open throughout the day, the East Court will welcome everyone from early morning park users to evening concert goers. It will be a place that celebrates the Palace’s origins as “Fun Palace” and place of innovation and wonder by showcasing its rich history through exhibitions, art and utilising new technology like virtual and augmented reality. 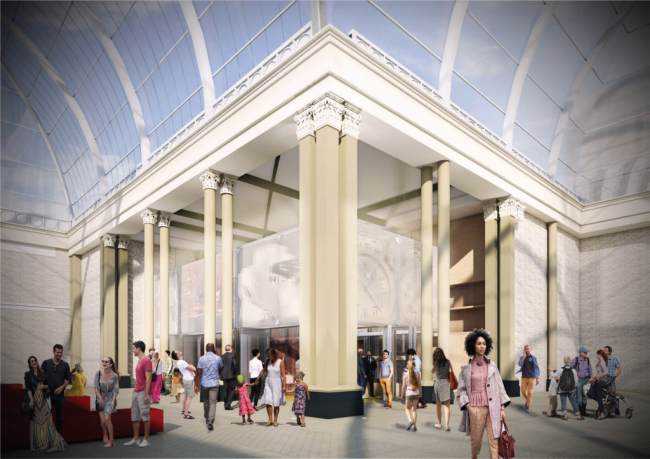 Alexandra Palace’s Creative Learning programme will be at the heart of the East Court and will be home to the new Creativity Pavilion. This brand new space will provide year-round events and activities that engage and inspire groups from the borough and across the city. The Pavilion will launch later this year.