MCN return to Alexandra Palace  22-23 September, bringing with them the world’s only indoor Supersprint!

This unique race is a perfect addition to Alexandra Palace, which has a legacy of presenting the latest races. The Alexandra Park, London’s only horse racing track, opened before the Palace in 1865 and lasted until 1970. Known affectionately as the ‘frying pan’ due to its distinctive shape.

Innovation is always quickly embraced at Ally Pally and the first motorcycle races were already plotted out around the Park in 1913, less than twenty years since the motorbike was conceived by Edward Butler, and less than ten years since the first series production model, Hildebrand & Wolfmüller. 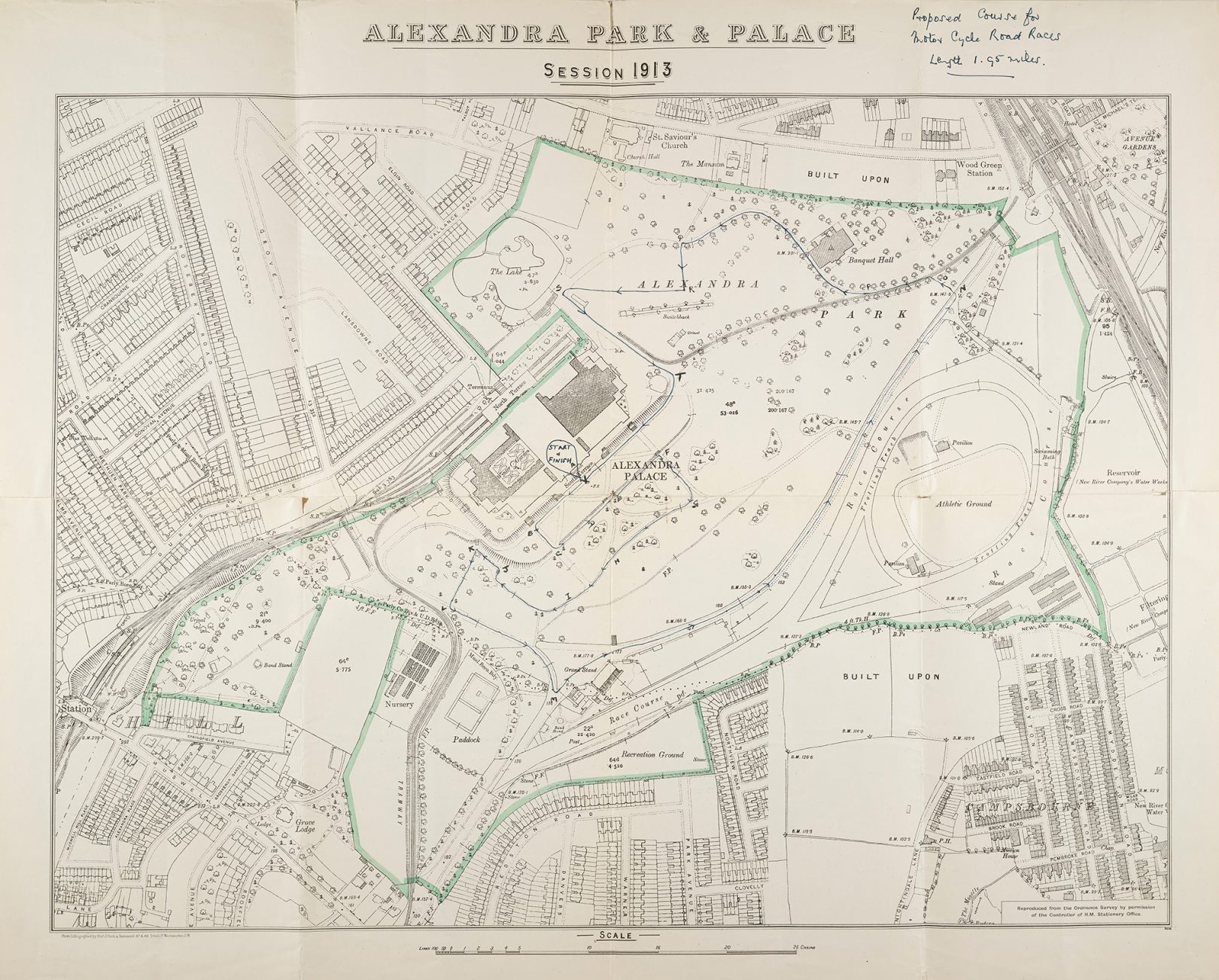 In the late-19th century, before adding a motor, the latest invention was the bicycle itself. Races at Alexandra Palace evolved with bike design, with early penny-farthings giving way to more recognisable designs. The riders often sported fantastic moustaches and the Cyclist Camp in 1884 even had its own dedicated barber! 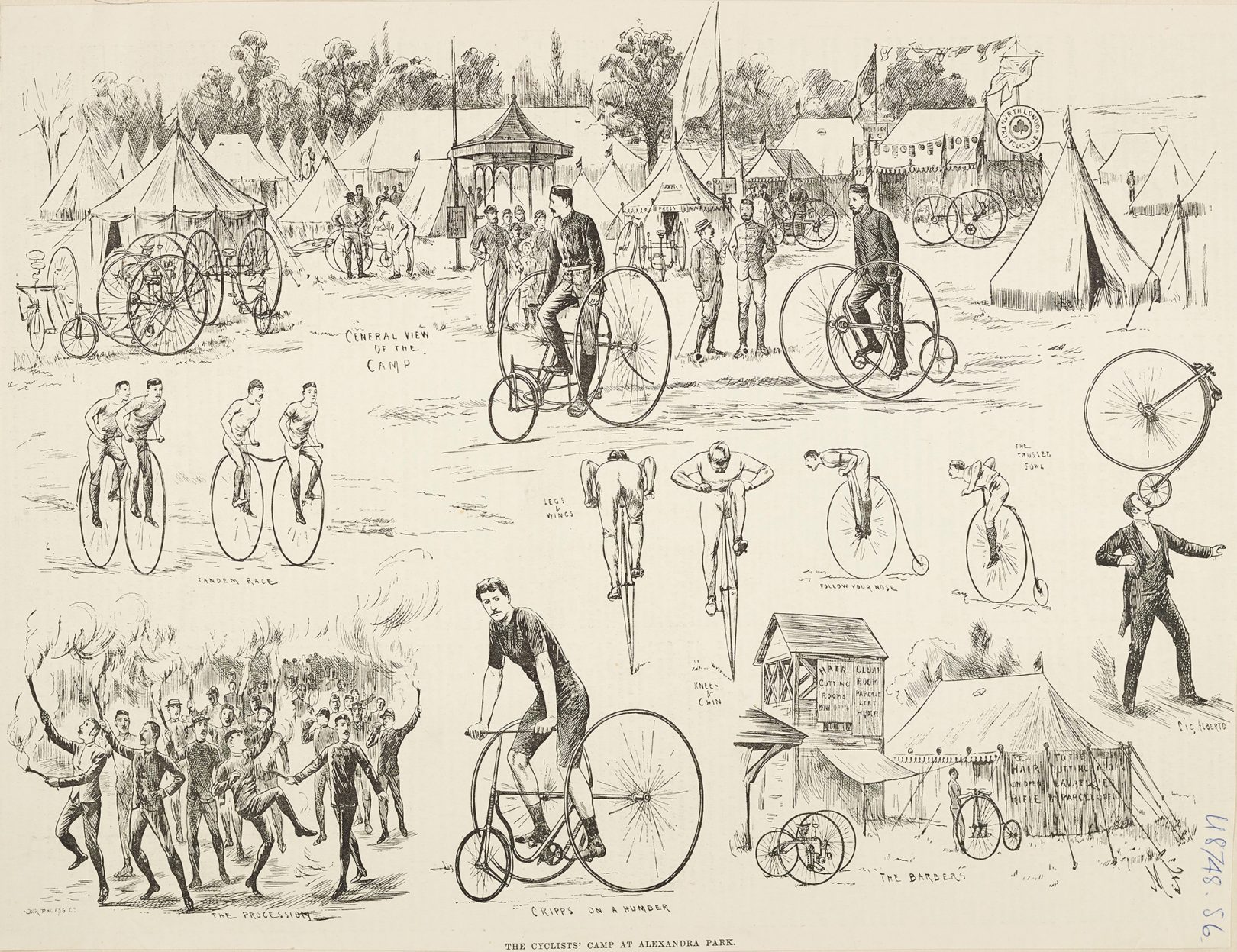 Always looking for an interesting and entertaining route to take, races pitted cyclists against horses over the racecourse. In 1902 Europe’s only velodrome was constructed in the Great Hall, 200ft long and 85ft wide. And in 2017 the same space, now Grade II listed, hosted the Drone Racing League. 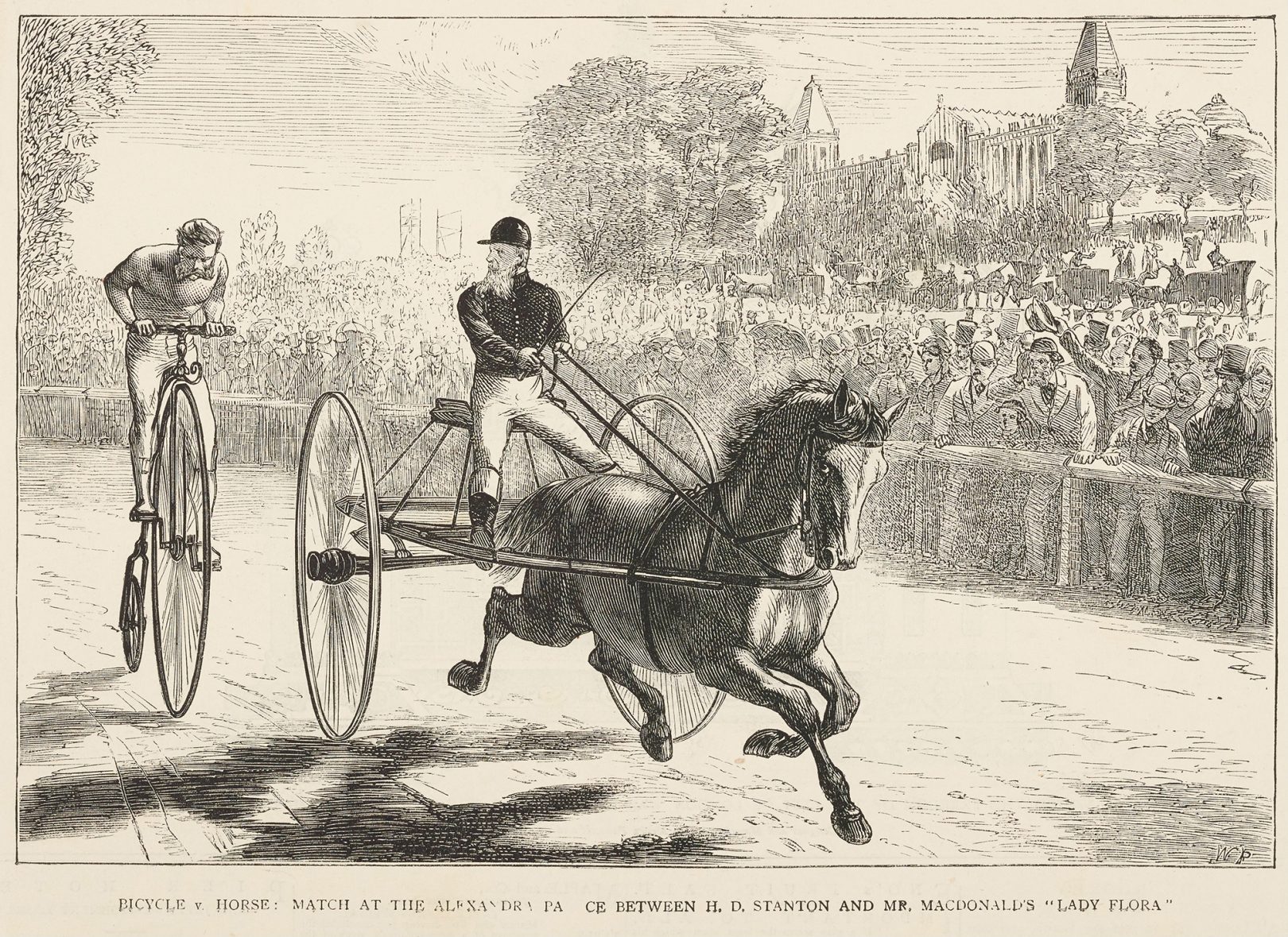 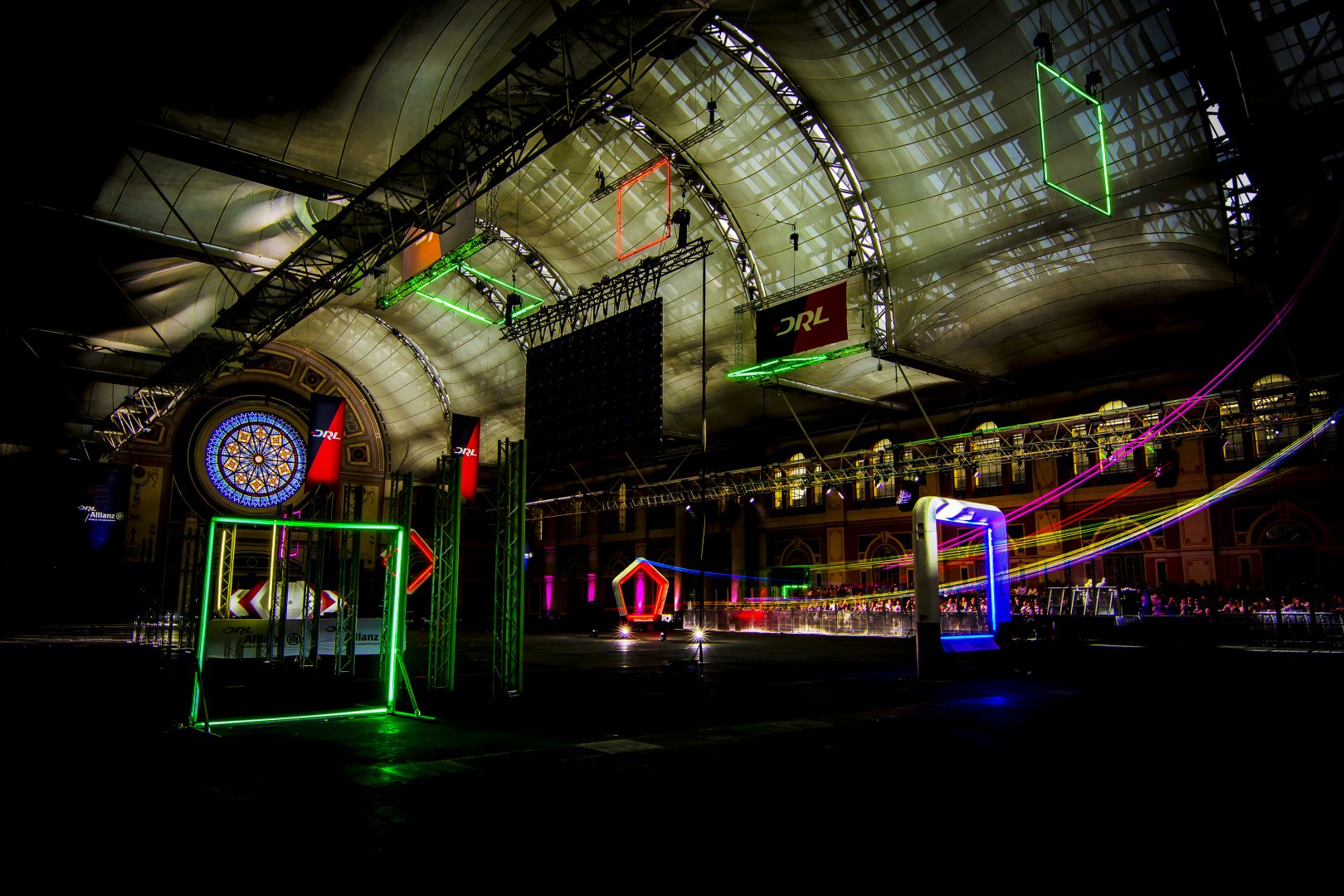 Exhibitions at Alexandra Palace draw together enthusiasts to share their interests and stories, or to see the latest and vintage items. MCN were undeterred, despite a major fire destroying much of Alexandra Palace in 1980, and were one of the first groups in to the temporary Alexandra Pavilion that opened the following year. 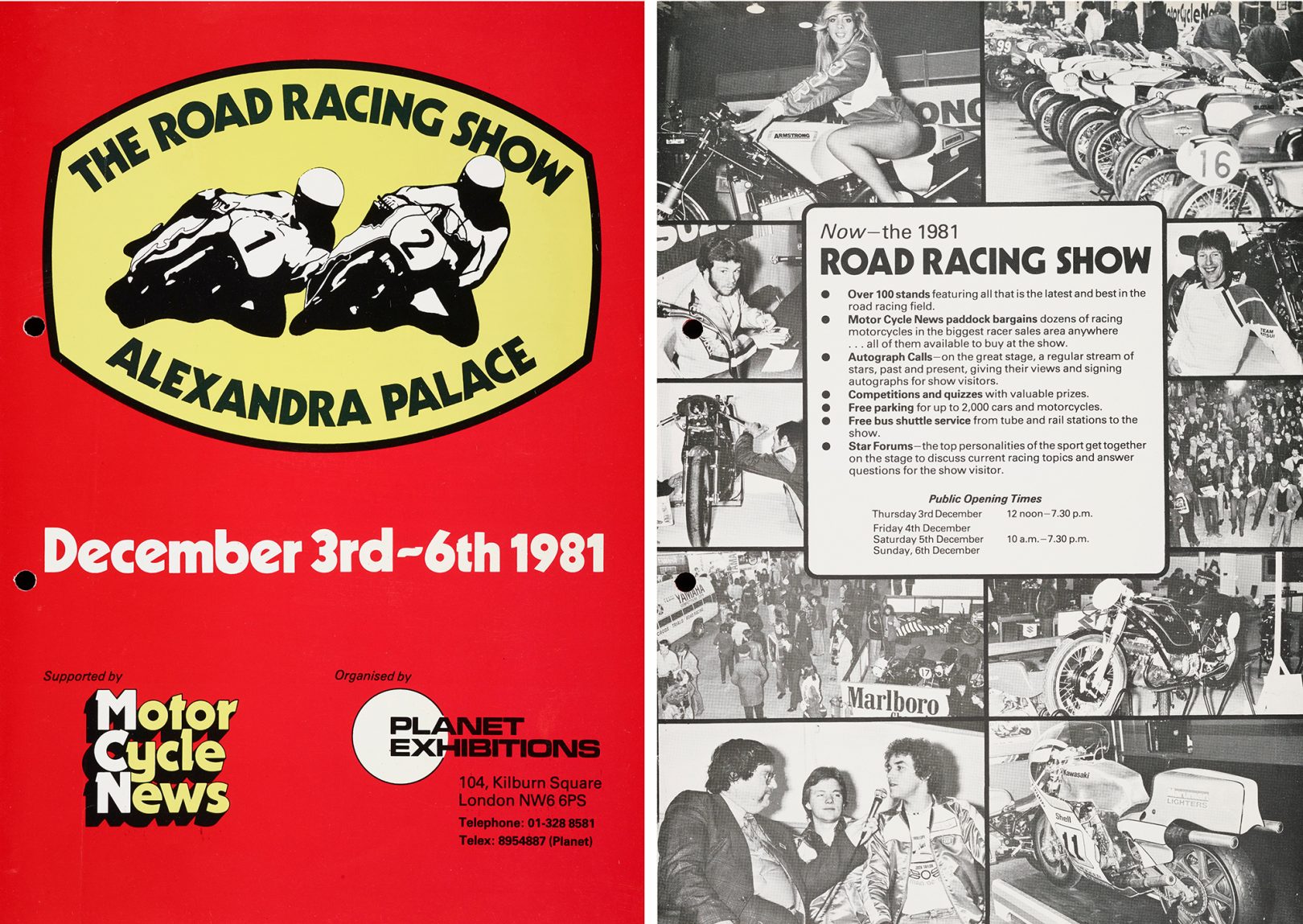 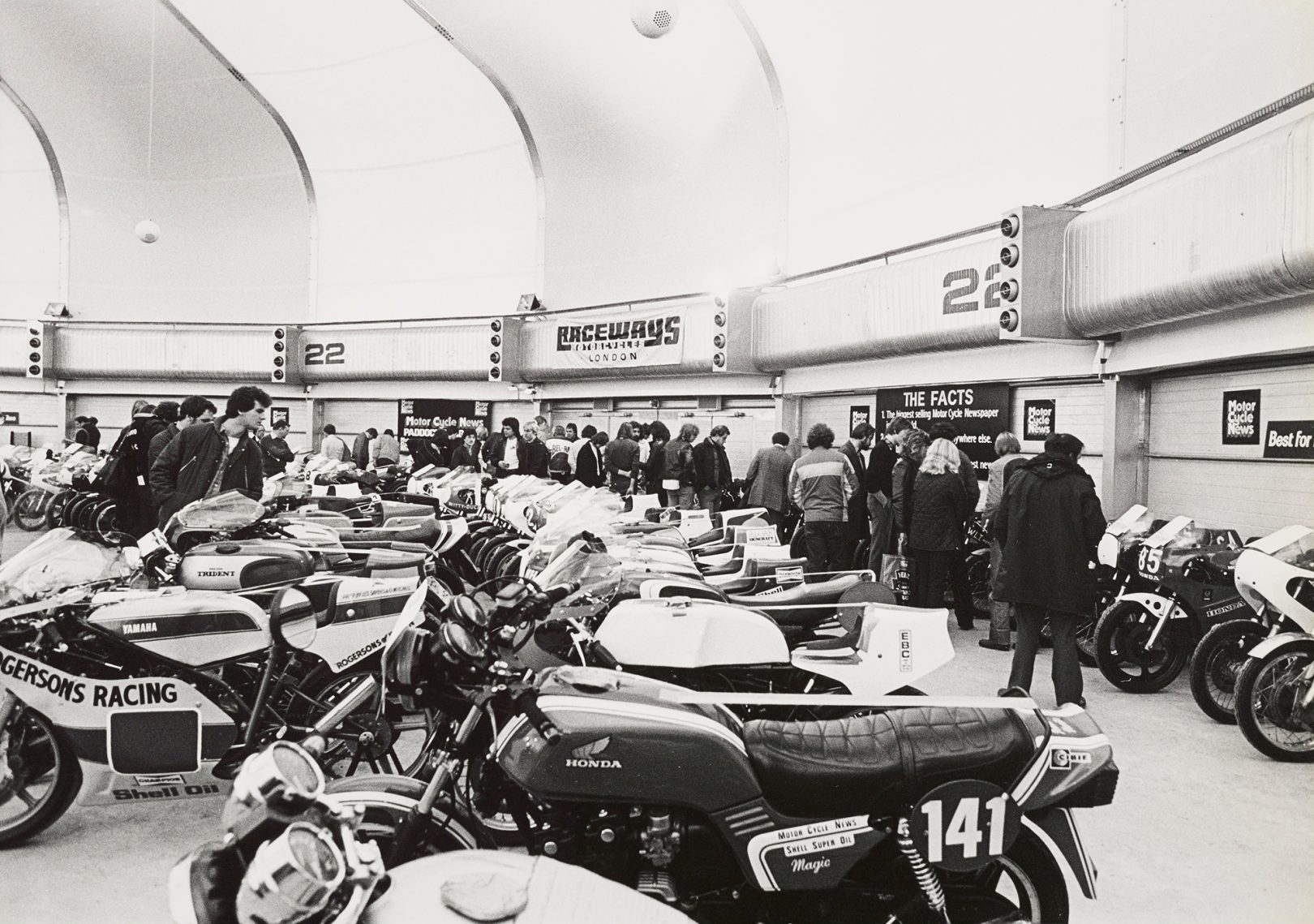 Along with displays, the Supersprint will see former World Superbike Champion Carl Fogarty go head to head with Isle of Man TT legend John McGuinness, and Chris Walker, James Whitham and World Trials Champion Dougie Lampkin face a series of riding challenges. Fortunately none of which are against horses!