Rock against Racism is another astonishing part of history in the heritage of Alexandra Palace, we – a group of curating students from Central Saint Martins – would like to revive and re-tell this story once again inside The People’s Palace.

Incorporating drama, dance and music – the workshop participants have prepared an intervention piece, based on the mood of protest and rebellion in Rock against Racism. The intervention will be performed prior to a live gig by blues-rock duo Royal Blood at Alexandra Palace’s Palm Court on the 21st of November.

In a year, 1976, Enoch Powell called for ‘foreigners’ to leave the country, keeping ‘Britain white’.  This right wing sentiment found unusual supporters including leading figures in the music industry that have in later years retracted their association with this speech.

Rock against Racism (RAR) was a reaction to this and other race related events:  such as the murder of the 18-year-old student Gurdip Singh Chaggar by racists in Southall, police attacking participants in the Notting Hill Carnival and violent open street battles in Wood Green. A collective of musicians and political activists, (which included Red Saunders and Roger Huddle) formed the cultural movement Rock Against Racism. Actively showcasing reggae and punk bands on the same stage during their gigs, RAR attracted large multicultural audiences who united to confront neo-fascism.

Attracting large crowds of more than 80,000 people, the series of live gigs were held at different clubs and parks up and down the UK culminating with an impressive grand finale, ‘The Militant Entertainment Tour Finale’, in the Great Hall at Alexandra Palace, on 14th April 1979. Eleven bands performed, including Tom Robinson, Jimmy Pursey with Sham 69 and Alex Harvey. “Who shot the Sheriff, Eric?”, asked the rebels, “It sure as hell wasn’t you!”.

‘One of the things about RAR was that it was a collaboration and an often changing collaboration  . . . . with different political views but we were all very committed anti-racists and all loved music.’ (Syd Shelton, RAR’s unofficial photographer and designer for Temporary Hoarding) 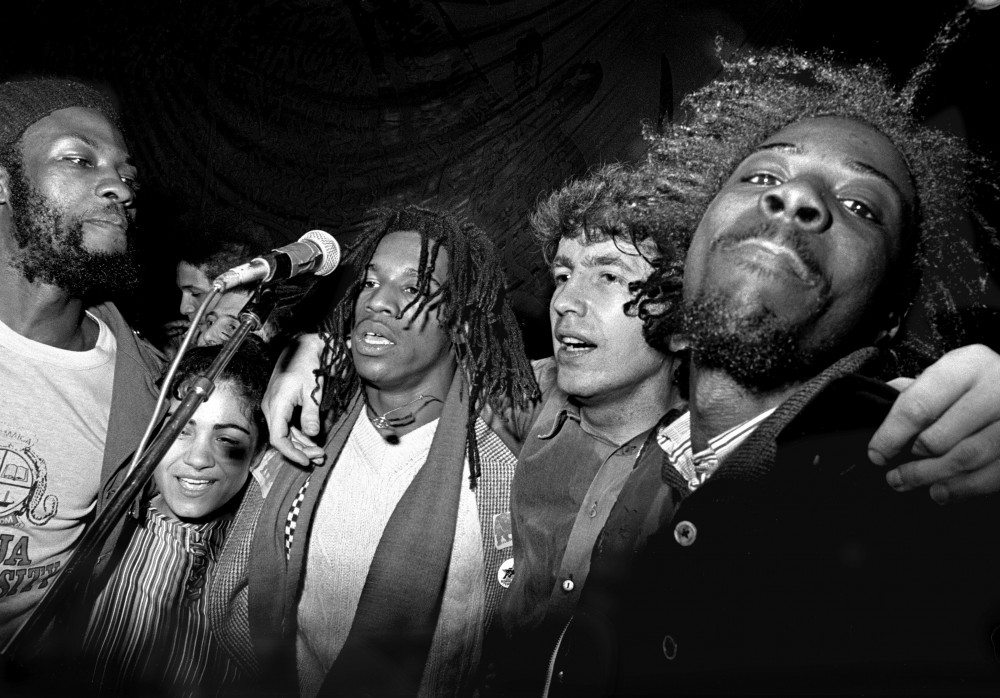 On November 21st we will be engaging with the local community, in considering the impact of RAR, and using similar techniques such as creating badges, posters, flyers inspired by imagery from the original event.  We are working with an incredibly talented local theatre and performing arts company, Haringey Shed, to run performing arts and costume-making workshops riffing on the history of RAR and Ally Pally.

‘What mattered was the fact that we all took part in an astonishing celebration of music, fun, justice and the politics of tolerance. The struggle for a more just and civilised society is an ongoing fight that each generation has to carry forward.’