The sleeping beauty of the Alexandra Palace Theatre reawakened in 2018, wearing proudly its scars of the many decades hidden from public view. It is an atmospheric time capsule giving a glimpse into the grandeur and ambition of the founding Victorian entrepreneurs of the entertainment complex. When it opened it was one of many attractions along with military bands in the Park, grand concerts with the Willis Organ in the Great Hall and numerous sideshows and demonstrations of the latest technologies. In order to distinguish itself from the numerous activities on offer the Theatre presented the most spectacular shows of the day. 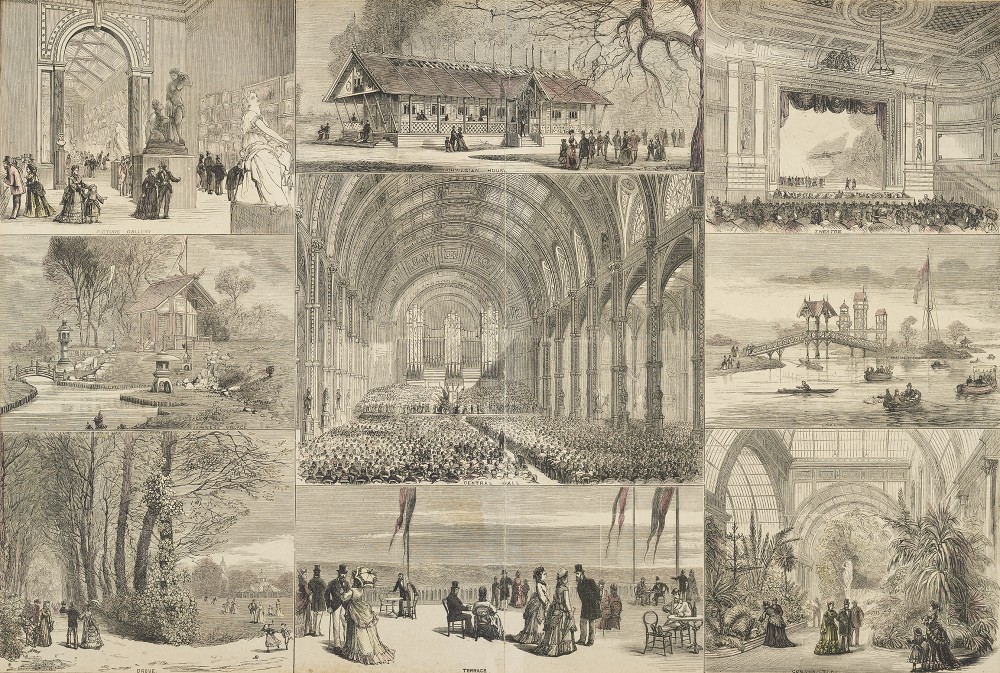 Still hidden below the stage is the jewel in the crown of the Theatre, a rare survival of Victorian stage machinery: traps, levers, pulleys and lifts that would have allowed impressive special effects that wow-ed audiences of the day. While most Theatres removed and replaced their machinery as technology moved on, the changing fortunes of Ally Pally has preserved the installations. Now too fragile to use, the important machinery has been retained for the fascinating insight it can give us into stage craft of the era, but much work needs to be done to understand how it operated and what that would have meant audiences would have seen.

Our latest exhibition on Google Arts & Culture explores how stage machinery worked and what effects we can imagine the Alexandra Palace stage produced. 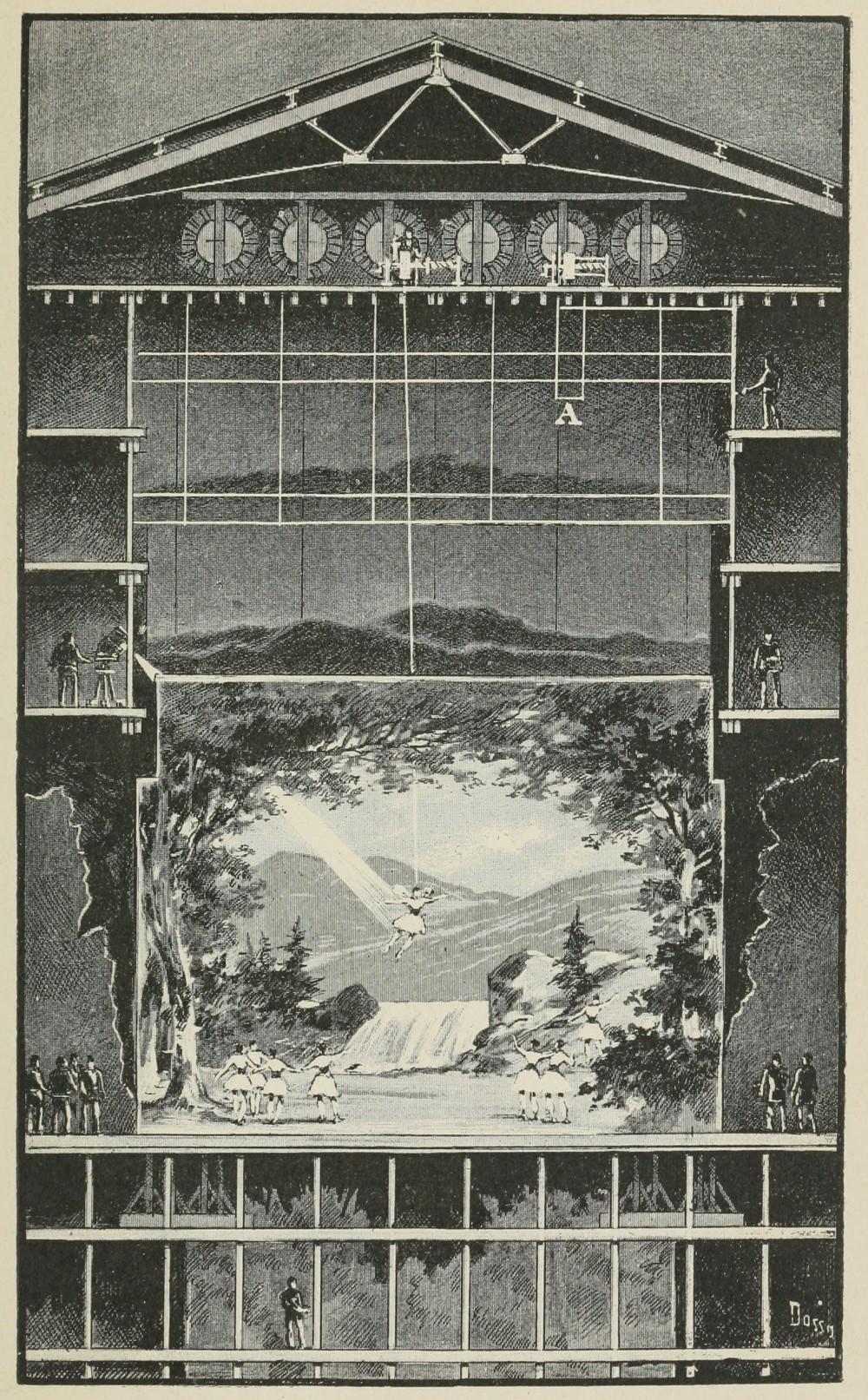 In order to fully understand this out of bounds area, we brought the latest modern technology to explore what was the latest Victorian technology. As part of their Hidden Heritage project, experts from Lincoln Conservation used scanning equipment to capture the understage areas in 3D.

Faro Focus 3D X 330 HDR laser scanners were positioned strategically throughout the structure in a series of captures which scanned the environment from a particular point. The equipment was then moved to the next position. Registration balls were placed throughout so that the captured files could be coordinated and processed to recreate the intricate network of wooden beams in a digital 3D model. 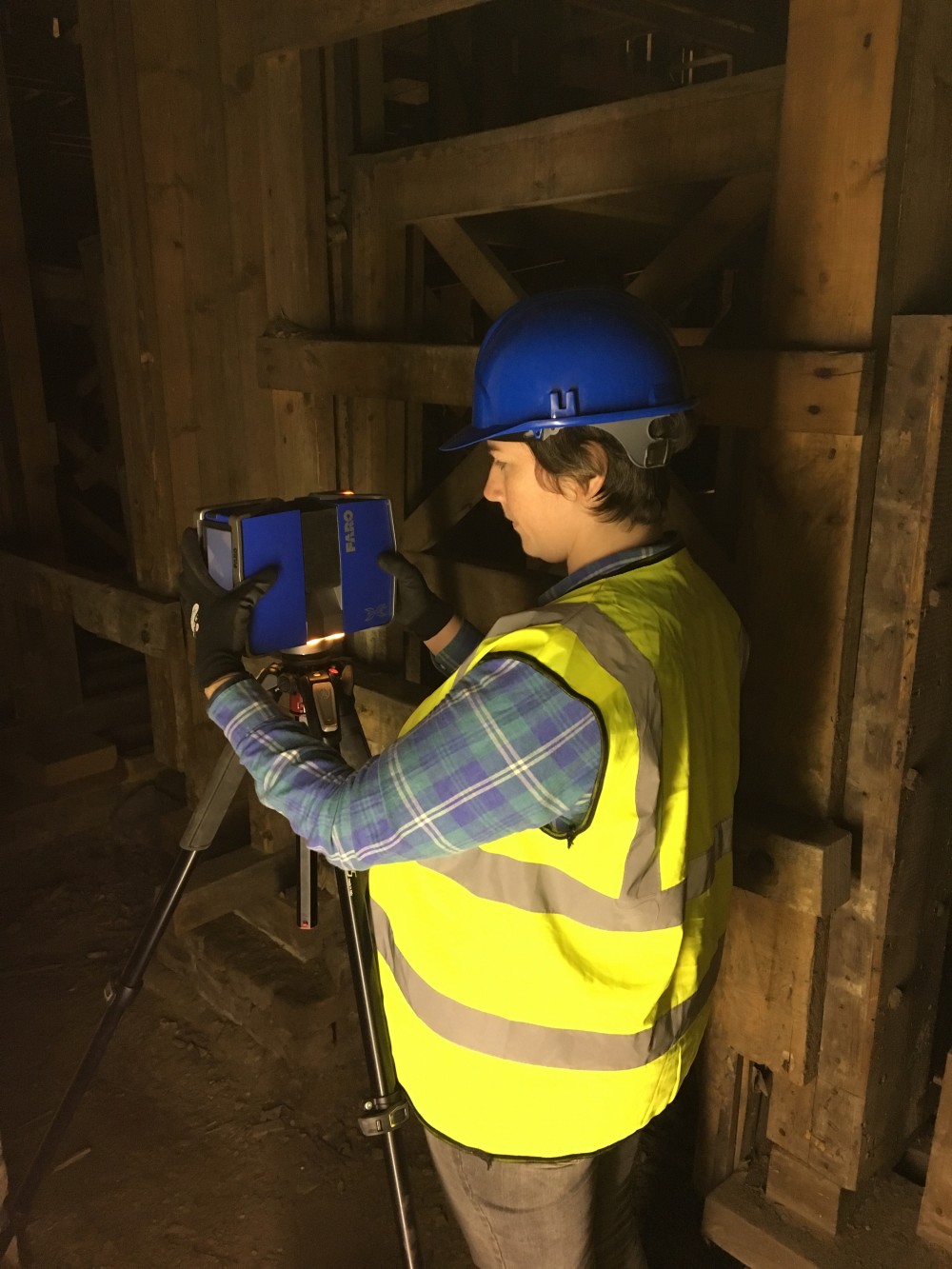 The scanning process took two days. Between each set-up the technicians had to vacate the space so as not to interfere with the capture. Photographic images were captured simultaneously so that a mixture of laser scanning and photogrammetry recreated the spaces in the most authentic way possible. The complex machinery was a challenge for the Lincoln Conservation team and a great learning experience for all – helping explore the possibilities of 3D scanning in historic spaces. The resulting scan allows us to access and assess the space like never before, jumping to positions out of bounds in reality.

The initial fly-through is now available on YouTube and Google Arts & Culture. The scan data has great potential for research and it is our hope to be able to share this as widely as possible to understand the machinery in greater detail, and to allow others to investigate and adapt this 3D model, perhaps even restoring it to working order digitally!

This project is another successful example of the value of interpretation to heritage spaces, instigating a valuable partnership from which experimentation can lead to beneficial results for both teams. We are continuing to work with Lincoln Conservation, recently capturing the Theatre auditorium in 3D, in this case so that we can monitor any changes in condition of the Theatre interior following its restoration. The evocative arrested decay aesthetic is important to retain, without inadvertently allowing further damage to the space. The Theatre is once again alive with performance and innovation.