Just over a year ago we started an ambitious project to help alleviate a storage issue – mainly, where to safely store equipment and furniture, in a convenient and accessible location. Despite having a 7.5acre site, there is very little suitable storage space for events infrastructure, either due to the condition of the space, or access issues.

The West Yard, hidden between the west gates near Palm Court and the North Wall, possibly held the solution, but was constrained by some temporary accommodation in the form of old portacabins. These portacabins, at nearly 20 years old, were located in between three huge scaffolding structures which were in effect holding up the North Wall (which once supported the roof of the old roller rink until the 1980 fire). 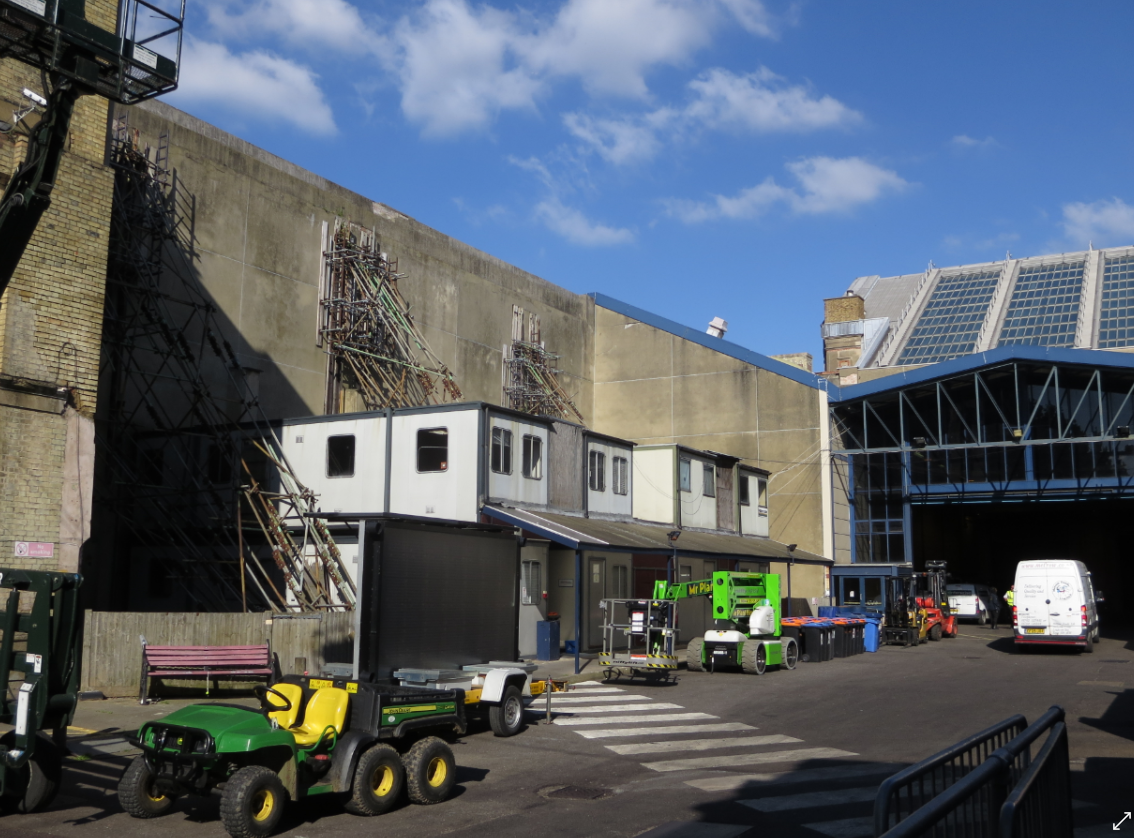 The fire destroyed half the palace, including the old roller rink with its huge roof, but the North Wall and North West tower (behind the Spa Laboratory) escaped without serious damage. Alexandra Palace’s architect at the time, Peter Smith, remembers seeing the roller rink literally explode into pieces, after flames caught the highly polished floor ingrained with decades of flammable substances.

Now 40 years on, we’re bringing this area back into use.

The tower is now fully repaired and watertight. Two storeys high, each floor is an open plan cube of versatile space. The top floor features an original fireplace.

Next door, we’re creating a new steel building providing office space for staff, and two floors of storage below to house furniture and equipment for the new Theatre and current event halls.

A glass structure will link the old and new buildings to create an interesting and open-plan build.

The hidden foundations of the new building serve an important function. For the first time it allows us to permanently secure the North Wall that supported the huge roof of the roller rink. For nearly 40 years, the wall relied on temporary scaffolding for support.

Now we have driven 60 concrete piles up to 25 metres deep into the ground, securing both the new building and north wall in one go. Only recently the concrete roof was placed using a large mobile crane which towered above the Palace. 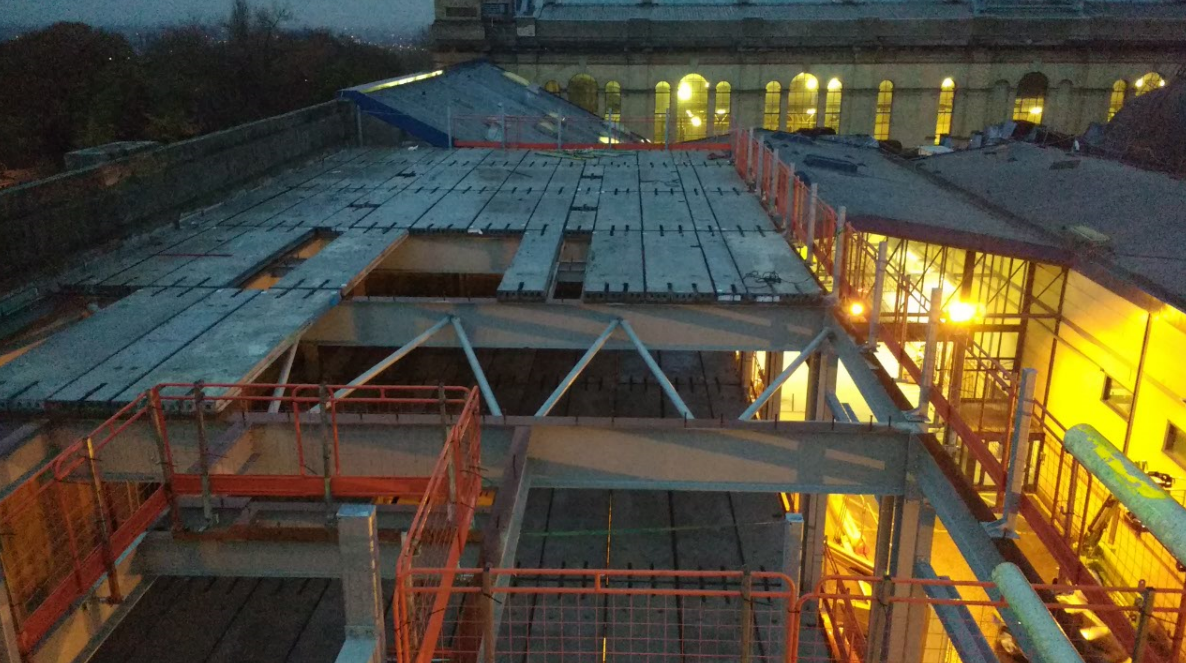 An exciting milestone in the project is opening up a section of the North Wall this week – drilling through 600mm of brickwork (equivalent to the depth of a washing machine) to allow a new goods lift to be installed.

Other work will involve unblocking three of the North Wall’s original windows and glazing them to the new office floor. This will open up the wall, bringing light and depth into the building beyond.

Ultimately this challenging and exciting project will bring more of the Palace back into use, whilst blending old and new.

With thanks to Kier our contractors, Purcell our architects, Thomasons our structural engineers, and RSP our consulting engineers.