Alexandra Palace has partnered with BBC R&D to create a VR tour of the BBC studios. Produced as part of the BBC’s Civilisations Festival, in support of the landmark television series. Television’s Hidden Home takes viewers on an interactive journey through the former television studios, using archive images, sound and video to uncover their history.

The tour is available via the BBC Taster app. It can be streamed on mobile and viewed in VR or on a standard screen. To download click here. 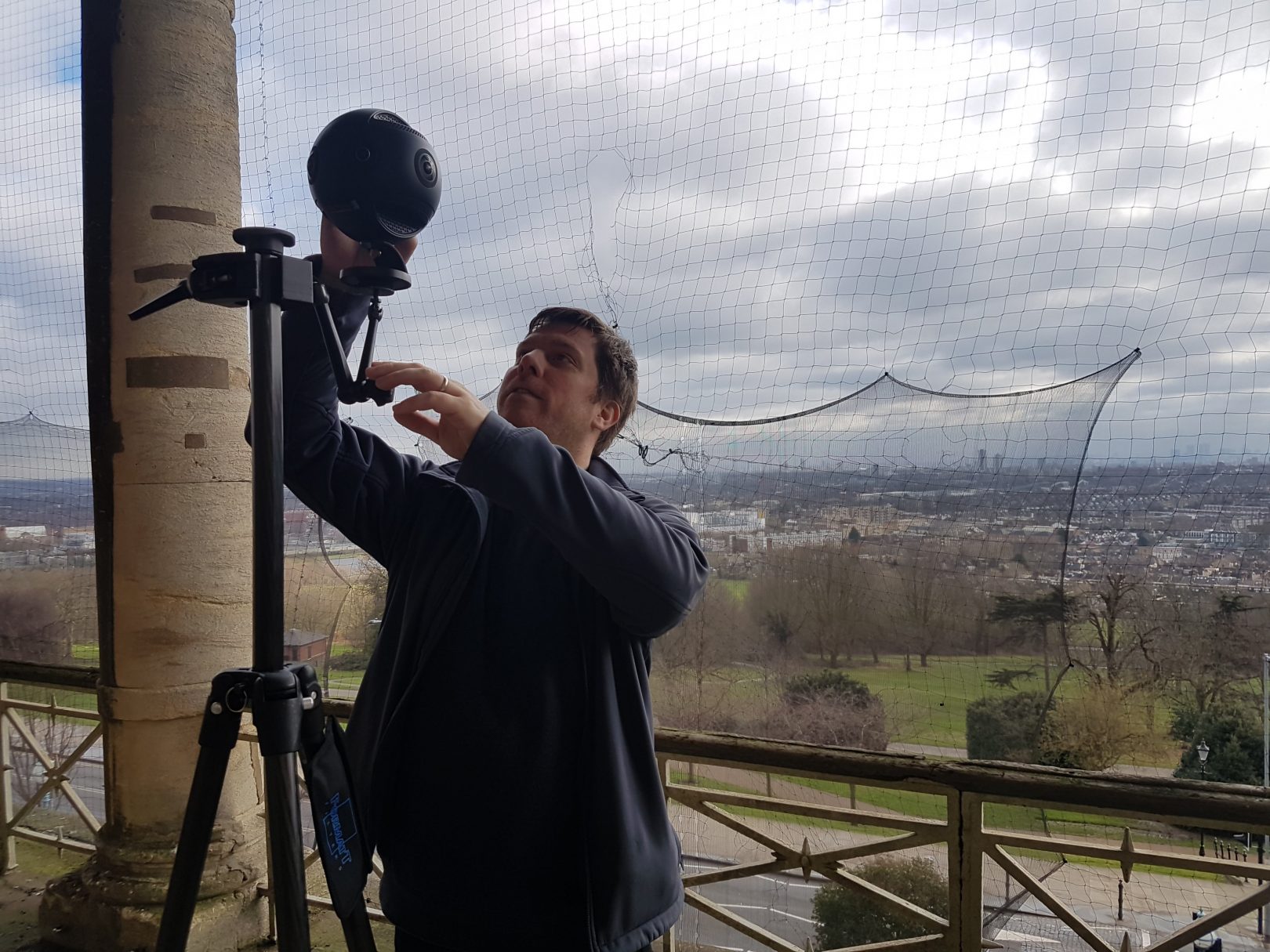 The partnership is a fantastic opportunity to embrace the studios’ legacy of innovation with current teams at BBC R&D. When telling the story of the pioneering work that was performed at the studios we wanted to reflect that in how we told it. VR is a medium that is still developing, so it seemed appropriate to the studios’ story to give a sense to audiences today of how viewers might have felt tuning into television for the first time in 1936.

The studios themselves are not accessible to the public. Hazardous materials were removed from the spaces in 2016 but they remain a health and safety risk. We wanted to find a way to take visitors inside the studios and show the decades of television development that took place there. We also wanted to make sure that those who are interested in the history of the place, but are not able to make it to site, could still feel like they had explored the spaces where it happened. 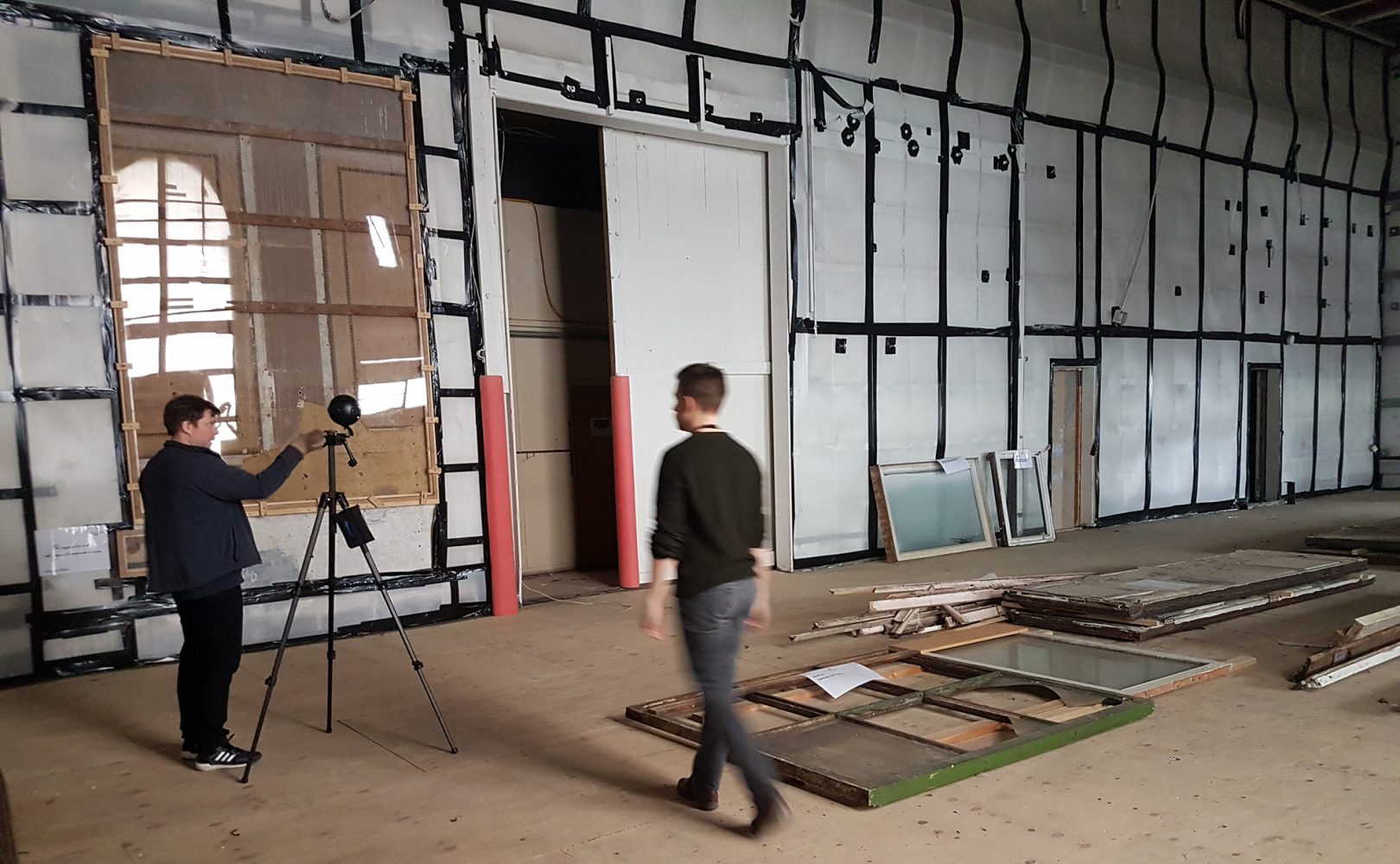 We shot 360 degree footage of the spaces at 8k, double the resolution of a cinema screen. This was then put into Eevo, an interactive VR platform that allows us to move between spaces to create an immersive journey through the studios. It also allowed us to take visitors to spaces that cannot ever be made publicly accessible, such as the Producer’s Gallery, now a fixture of every television studio around the world but named after a the first structure at Alexandra Palace.

We were also able to take visitors onto the roof to see the famous transmitting tower from an unseen angle. 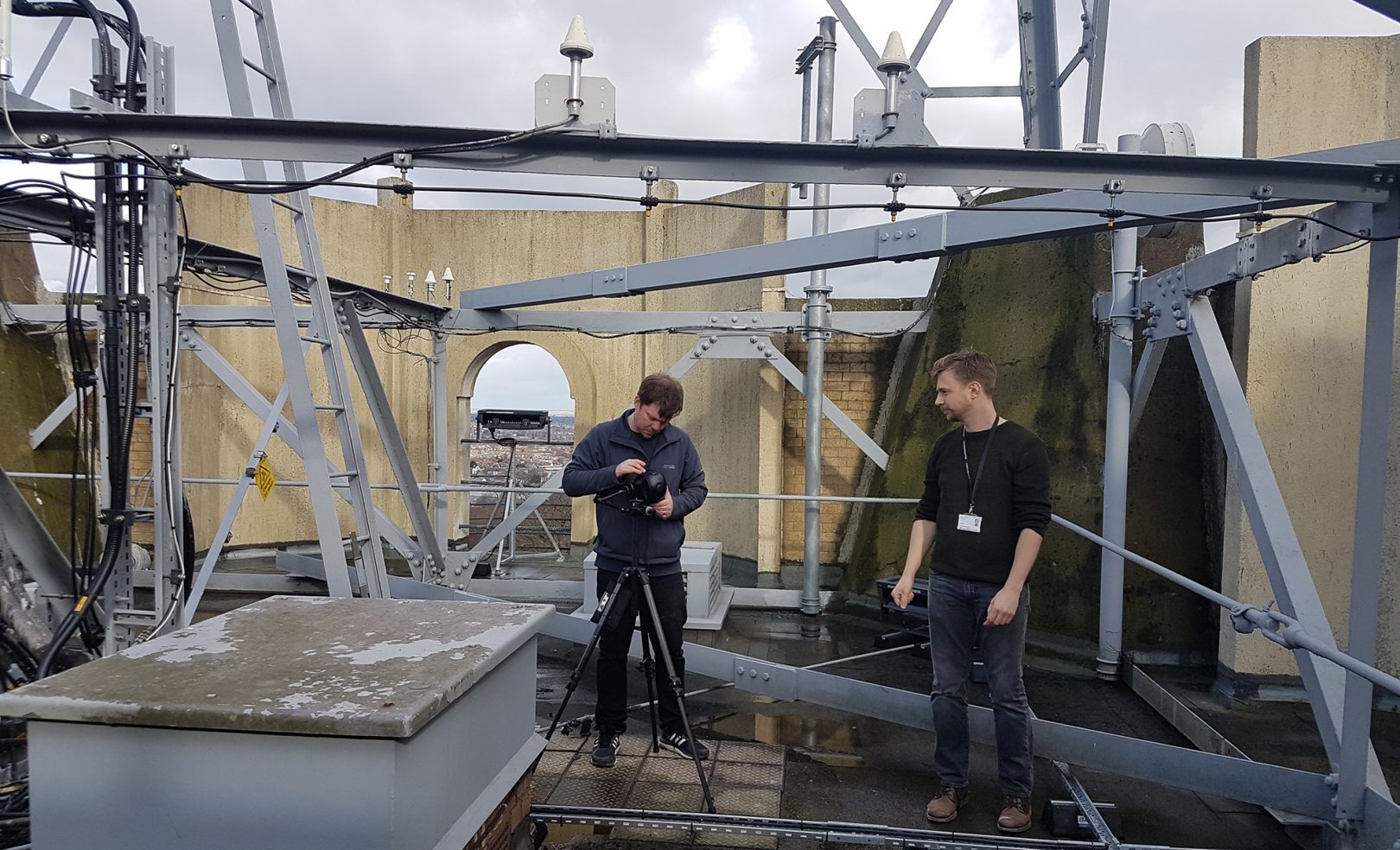 With thanks to incredible access to the BBC Archive and collections compiled by the Alexandra Palace Television Society we were able to bring the spaces alive by embedding archive materials in the spaces where they were made. A particular gem was the discovery of a radio tour around the spaces from 1937. Our aim was to create time travel by playing sounds in the exact space they were recorded 80 years earlier.

Just as BBC engineers and performers experimented with the new medium of television in 1936, we tested out tools unique to VR. Rather than taking visitors through the spaces alone, similar to a Streetview journey, we mapped content to the walls and created enormous screens floating in mid-air. We also allow visitors to take their own journey, deciding when they want to learn more or whether the move to the next space.

The BBC Civilisations Festival brings together cultural partners around the UK, allowing Alexandra Palace to mark the impact of developments at the studios and to celebrate its continuing heritage of entertainment and innovation in a wider national context.

Explore Television’s Hidden Home on BBC Taster and check back for more experiments inspired by the BBC studios at Alexandra Palace. 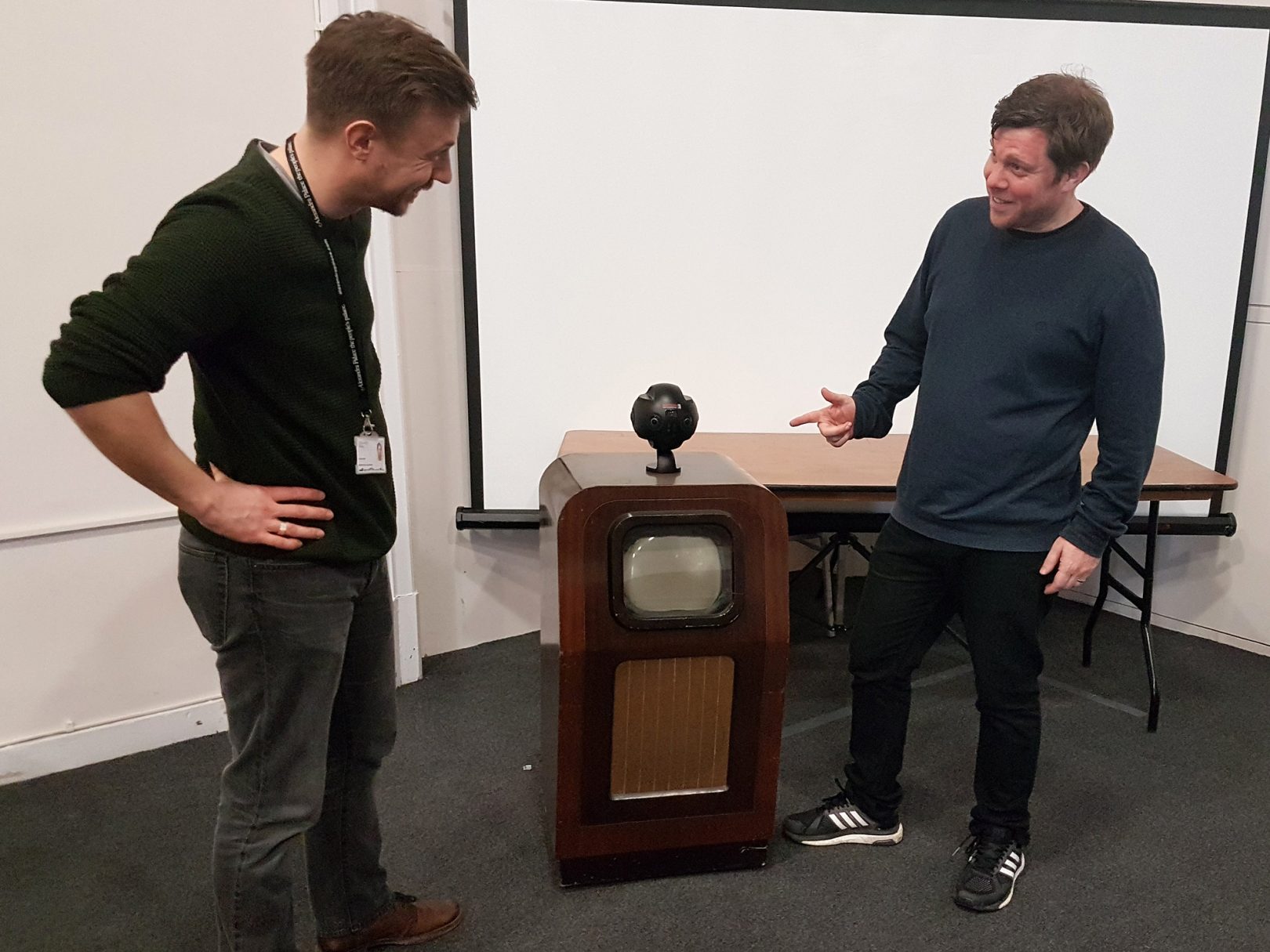 Thanks to Jessica Driscoll for the behind the scenes photographs.