Alexandra Palace closed during the Great War and the theatre was then redecorated under the management of W. J. MacQueen-Pope, Palace Manager and Secretary, and reopened in 1922. The impresario greatly altered the theatre, including the addition of the spherical mouldings to the ceiling which remain today, and the addition of a Theatre bar under the balcony. 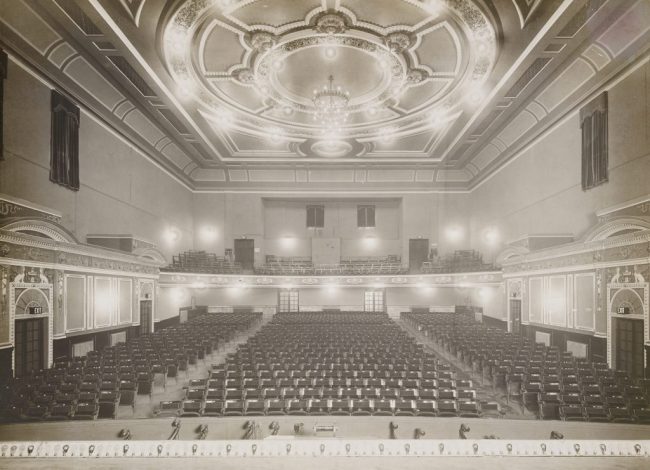 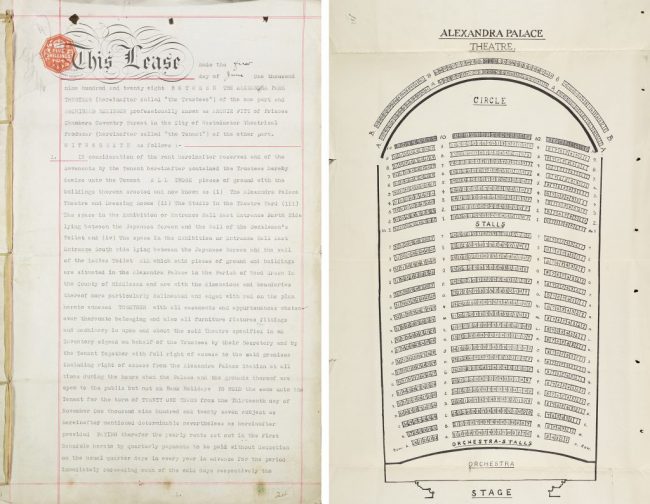 Following MacQueen-Pope’s tenure, the lease was taken over by Archie Pitt – manager and husband of Gracie Fields, one of Britain’s biggest stars. An icon of stage and screen, Fields made her professional stage debut in 1910 at the Rochdale Hippodrome. She later met Pitt, a performer at the time, and the pair began working together- their first revue was in 1915.

The Theatre at Alexandra Palace was used to trial her productions ahead of West End transfer or national tour and many have claimed that it was Fields who coined the name “Ally Pally”, sadly those rumours are untrue. 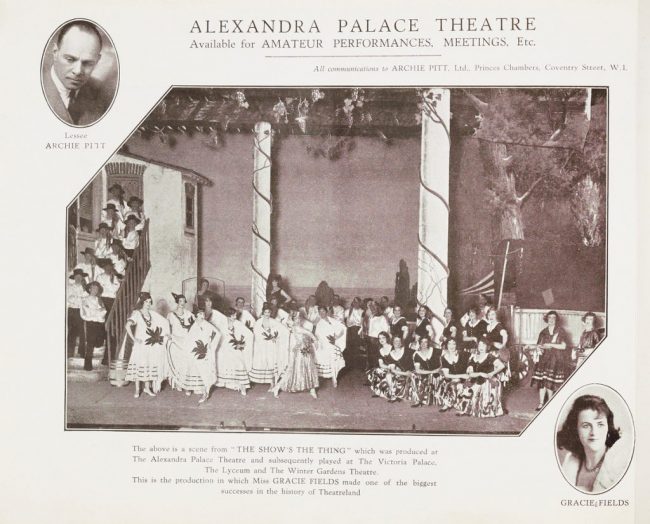 One of her many productions that started life on the stage of the Theatre was The Show’s The Thing with the book written by Pitt. Following its run at the Palace it went on to play at The Victoria Palace Theatre, The Lyceum and The Winter Gardens Theatre (now the site of The New London Theatre). It was heralded as one of the biggest theatre successes of her career.

Fields’ first film was Sally In Our Alley (1931) and featured one her most famous songs “Sally”. With her film debut a major box office hit, Fields then received a record £200,000 fee for four films to be shot in the United States.

Despite becoming one of the highest grossing movie stars of the ’30s and ’40s, she found filmmaking boring and always preferred the thrill of the stage. Fields and Pitt divorced in 1939.

The Theatre was also used by a number of local groups including the Alexandra Palace Operatic and Dramatic Society. Their star was the young Nancy McMillan who appeared as lead actress in a number of productions.

McMillan appeared in at least nine productions with performances including Veronique, Florodora and H.M.S. Pinafore. She lived in Muswell Hill for over 40 years with her husband who she met while performing in the choir at St. Andrew’s Church. Her family donated her invaluable archive to Alexandra Palace which can be seen online via Google Arts & Culture. 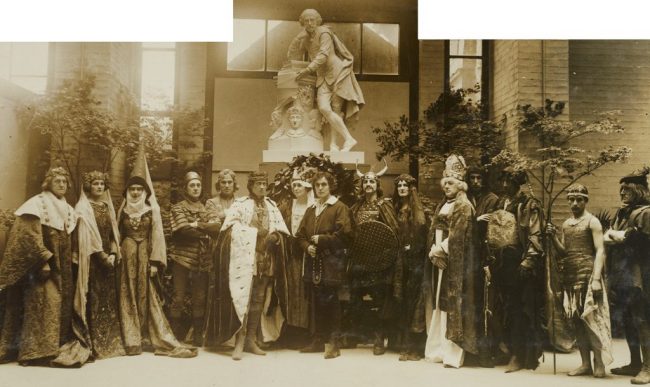