During the First World War, Alexandra Park and Place was requisitioned by Government. In 1914 the Palace was turned into a refugee camp for Belgians who were fleeing their country following the invasion by Germany.

That same year, The Aliens Restriction Act was passed by the government which declared Austrian, Hungarian and German men living in UK were “enemy aliens” and those between the ages of 17 and 55 were to be interned. Around 3,000 men were interned at the Palace with the internees divided into three battalions. The men slept in the Great Hall, Roller Rink and Exhibition Hall.

During this time the Theatre was used as a chapel, as depicted in this painting by George Kenner, as well as hosting performances by groups like the internee orchestra. Kenner was interned at the Palace between September 1915 and June 1916 and produced a number of paintings and sketches documenting life as an internee. His collection of work is one of the most comprehensive records of civilian internment in Britain during the Great War. He was transferred to Knockaloe internment camp in 1916. 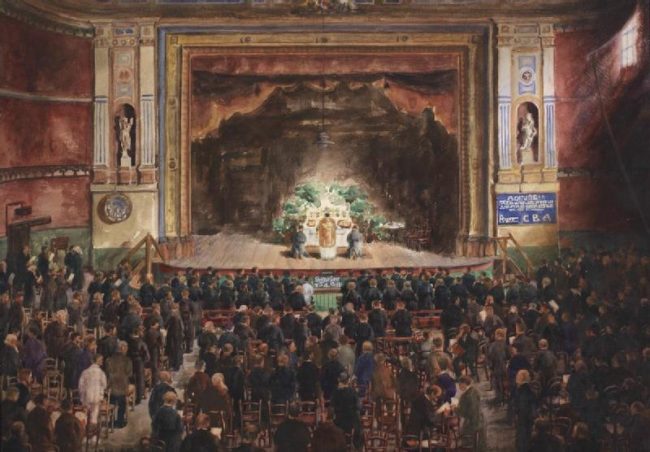 There is also evidence that the Theatre’s auditorium was used as a hospital. During restoration work, vials of Tetanus antitoxic serum were found in the walls of the Theatre. Some of the packaging of the products had managed to survive for 100 years despite being embedded within the cold and damp walls of the theatre and so we are able to date them accurately to WWI. The packaging is branded Wellcome and dated to 1915 which makes them very early examples of the medication as vaccinations were not rolled out to the general public until the 1930s 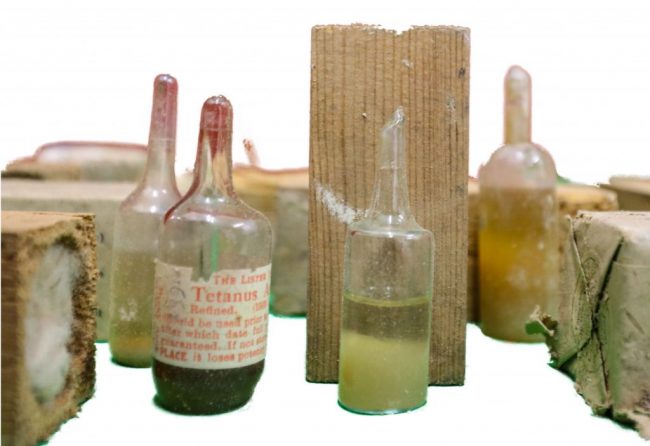 The Park and Palace were returned to the people at the end of the War.