May is a month of significant anniversaries for Alexandra Park and Palace. 24 May marked the opening of the first Alexandra Palace in 1873, built as the People’s Palace to offer entertainment, culture and escape for the growing metropolitan population. 16 days later it burnt down. Following extensive re-building work the Palace was re-opened on 1 May in 1875. 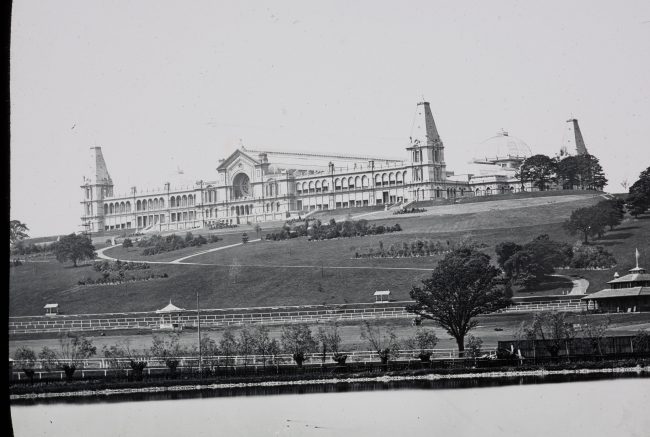 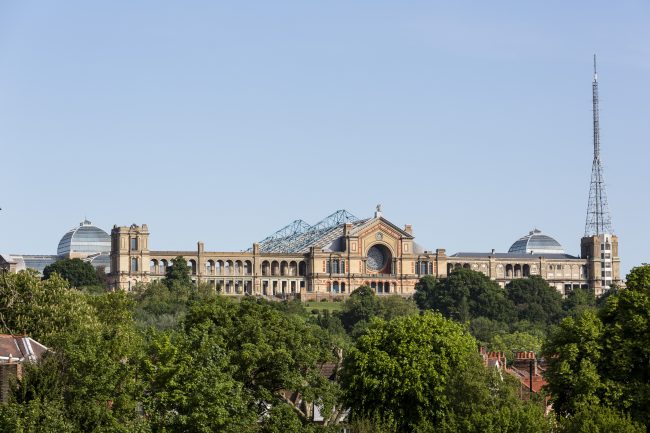 Even before the first Palace was opened, crowds were flocking to Alexandra Park for horse racing. The track, complete with OTT grandstand, was on the site of what is now the lower field. The first meet took place in July 1868 and although the course was not an ideal shape – affectionately known as the Frying Pan because of its long straight and almost circular east end – it was a successful and well-loved fixture of the Ally Pally landscape for over 100 years, eventually closing in 1970. Did you know that famous racing pundit John McCririck wanted to have his ashes scattered on the race course! 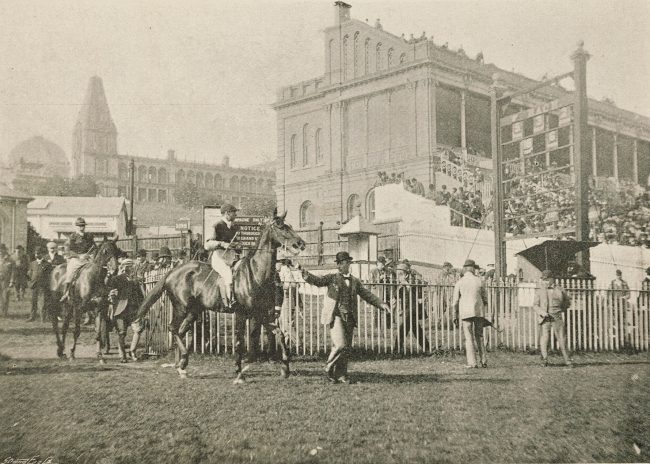 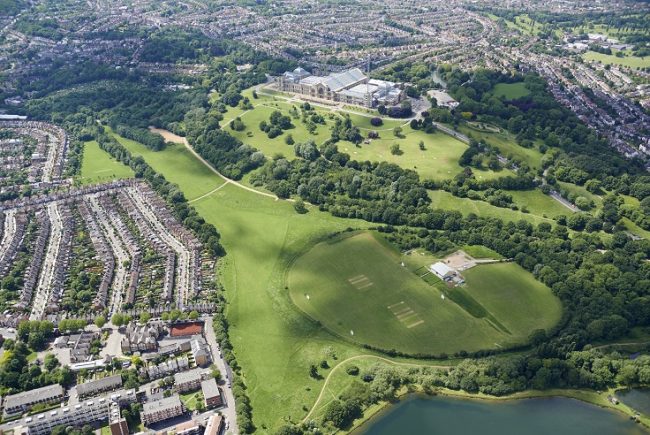 The Rolling Stones, Jay Z, The Fugees, Stone Roses, Florence and the Machine, Pink Floyd…and more recently some other amazing acts. The Great Hall is perhaps the place most people think about when they think of the Palace. To be fair, despite many alterations and everything it’s been through, it still looks recognisable today: 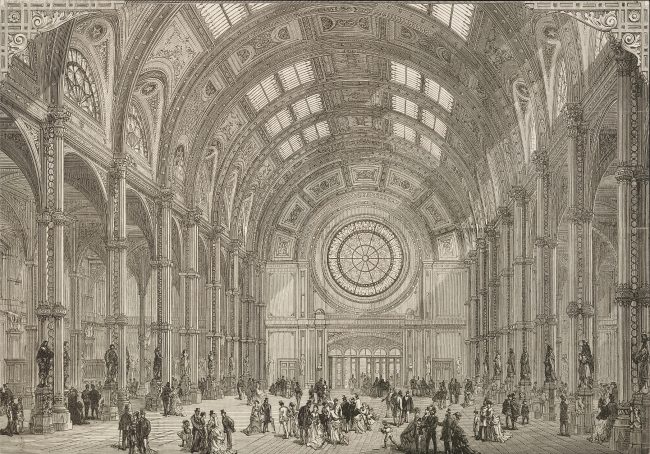 If you’ve ever been to the darts (we love the darts) the room you watch it in would’ve had a totally different atmosphere 100 years ago. In the 1800s the West Hall was the Italian Garden – a formal layout of paths and flower beds with a fountain in the centre – which was about creating a respectable place for ladies to promenade and get fresh air, but inside the Palace. There were also Ladies Retiring Rooms for chatting and taking tea! It was only covered 35 years ago, to create the West Hall, a venue more suitable for major events. 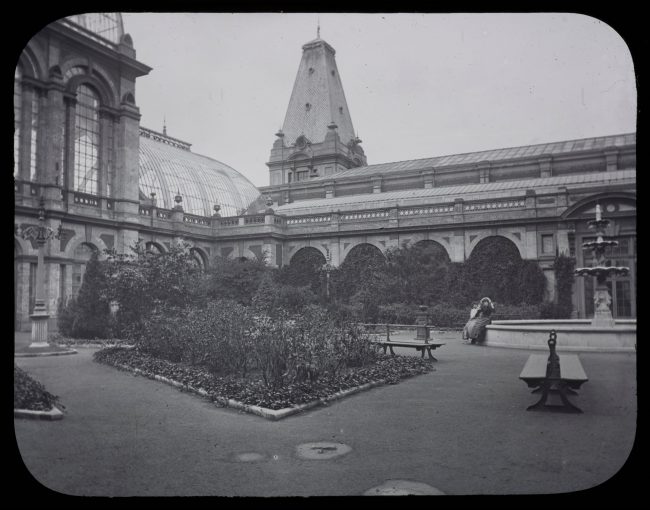 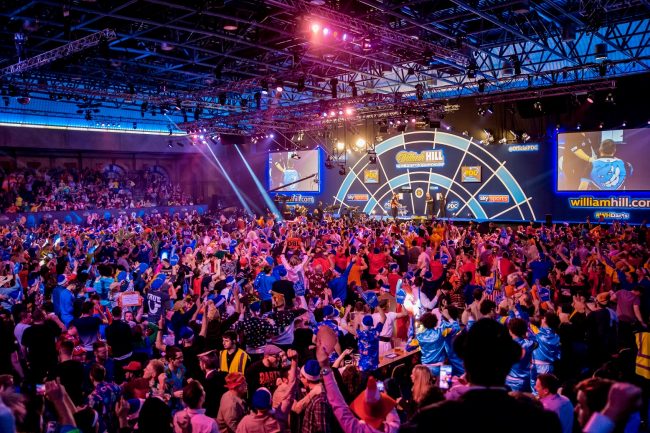 Originally built as a Concert Room with its own scaled down version of the Great Willis Organ, the area we now use as a loading bay for the Great Hall was at one time a silent film studio and a dormitory for refugees and internees. Then from 1923 it was turned into a very popular roller skating rink (below) which survived in place right up until the day, 40 years ago, that it exploded in a fireball during the devastating conflagration of July 1980. 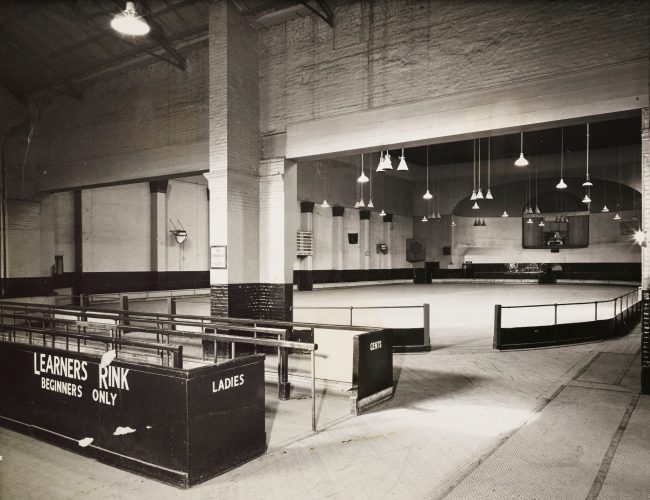 When the Palace first opened, what is now our ice rink was called the Bazaar and was part of the Exhibition Departments to the east side of the Great Hall. It was subsequently changed into a rifle range and is of course nowadays one of the best loved ice rinks in the country. 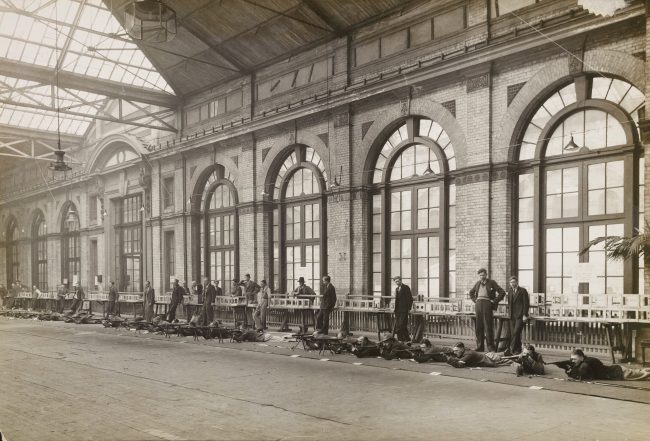 If you love Ally Pally you probably know the story already. 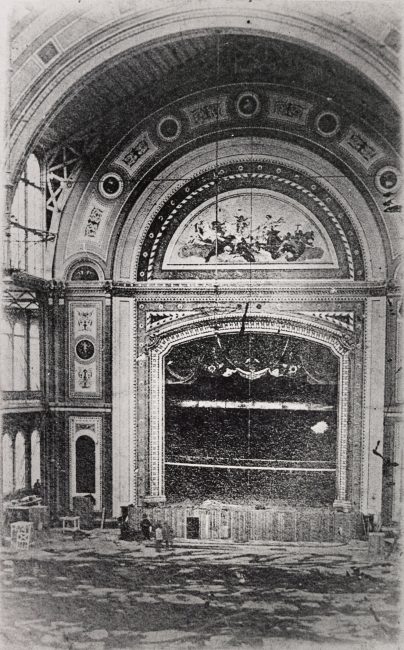 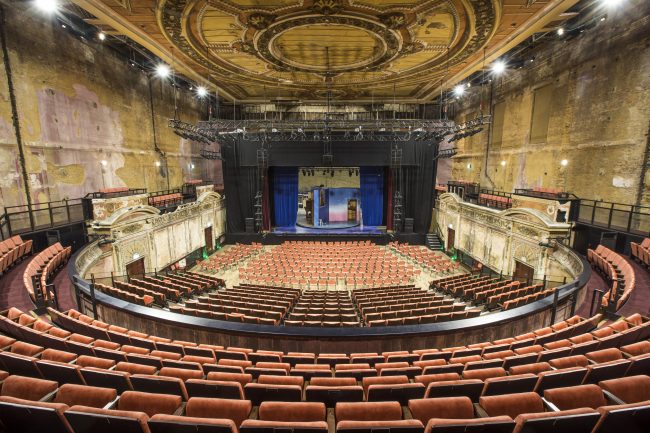 But did you know that when the 1980 fire destroyed the Great Hall and most of the west end of the Palace it left the Theatre untouched? So we have a time capsule on site!

Some of the things we found under the floor boards during the recent restoration project were mind-blowing, including many of the illustrated pictures you’ve seen on this blog.