The lovely summer weather brings more people to the Park. Whether you’re enjoying the sunshine, coming to a live event, exercising or relaxing with friends, you’ll be surrounded by more than 7,500 trees. Stephen Middleton from the Friends of Alexandra Park is kindly introducing us to some of this favourites. Here’s his selection for July…

You would have to travel a long way back in time to about the 1770s to see this tree first make an appearance. Perhaps the oldest tree in the park, this majestic English or Common Oak (Quercus robur) can be found in The Grove in its own little fenced-off enclosure protecting it against soil compaction. 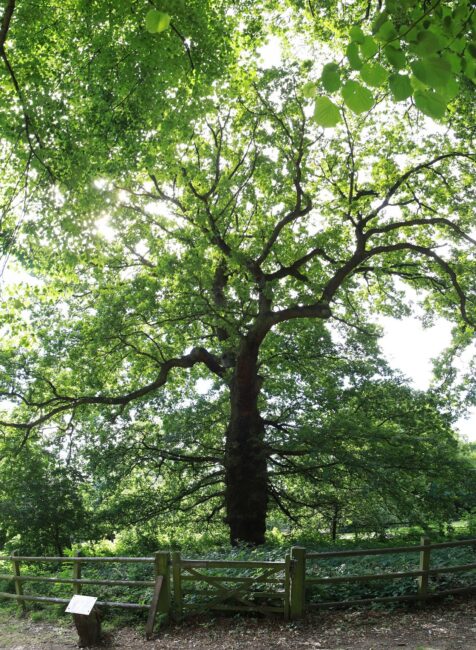 This area of the park was once part of the grounds of a house called The Grove then owned by Topham Beauclerk and visited by his friend, the famous writer, Dr. Johnson. Although this is a reasonably old oak (do the maths), the very oldest oaks can reach over 1,000 years of age.

The English (or pendunculate) oak is our national tree and its symbol is used by several organisations including both the Woodland Trust and the National Trust. Pubs are not left out with one of the most popular names, The Royal Oak, coming from the story of King Charles II hiding in an oak tree during the English Civil War.

The tree’s native range extends across most of Europe with many other countries adopting it as their national tree including Moldova, Germany, Poland and Latvia.

The “robur” part of the scientific name means “hard timber” in Latin. Woods containing oaks were a vital national resource as it could take thousands of trees to build a single warship in the days of sail. The official march of the Royal Navy is the song “Heart of Oak”.

Other uses for the wood include barrels and high quality furniture. Tannin was extracted from the bark which itself was used in the making of leather from the hides of mammals. Acorns are a great foodstuff for pigs and wild boar.

This is probably one of the most recognisable trees from its leaf shape and its fruit, the acorn. Our tree of the month supports the most biodiverse ecology of any of our tree species with many thousands of organisms dependent on this tree. 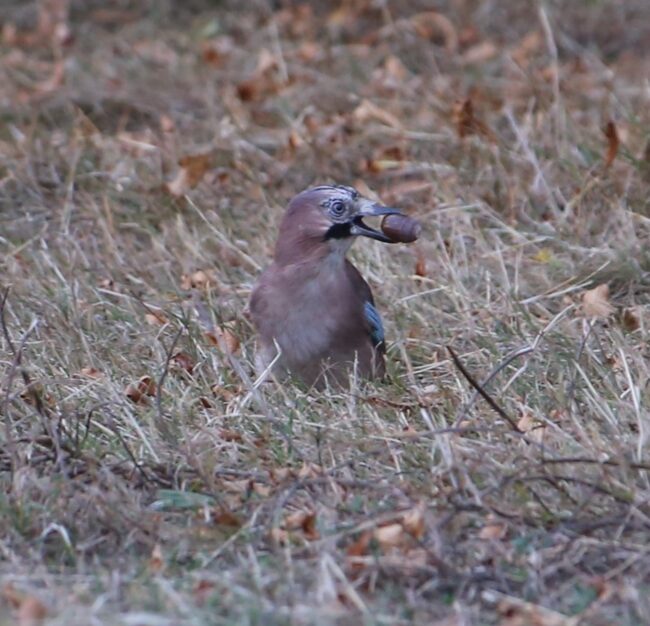 The male catkins can be easily seen in spring. In contrast the female flowers are very small and difficult to spot, but, once pollinated, will grow and develop into acorns over the summer.

Each acorn is held on a long stalk (or peduncle) hence one of the other names of the common oak is the pedunculate oak. This is one of main differences from our other native oak, the sessile oak, whose acorns have no stalk at all. Acorns are prized especially by grey squirrels and jays. Jays are thought to be the main dispersers of the acorns which will germinate and grow if they are forgotten or misplaced after being buried and if the site is not too shady.

In the autumn the leaves colour up and then the trees lose their leaves in the winter. However, like other members of the beech family, younger trees can keep leaves over the dormant period.

Feeling adventurous? Something special to see this time of year is a persian silk tree just outside the park a few doors down on the left hand side on a Park Avenue North front garden near the Redston Road exit, with its exquisite, delicate pink flowers.