Stephen Middleton from the Friends of Alexandra Park is kindly introducing some of his favourite trees from across the 196 acres of our park. Here is his selection for July:

Something tasty is growing on our July Tree of the Month, the Common Walnut (Juglans regia), but usually grey squirrels get there first.

Our tree is a youngster planted in about 2015 just below the Rose Garden (East of the East Court entrance to the Palace).

The name walnut means foreign nut and, indeed, it is not native to these isles.  It was probably brought over by the Romans from Persia  as they valued both the oil (good for salads) and the nuts themselves. The scientific name means Jove’s nut after the king of the gods.

The wood from the tree is prized by cabinet makers and especially interesting pieces of wood can be found at the junction between the roots and the trunk. For this reason the trees were sometimes dug up rather than being felled. 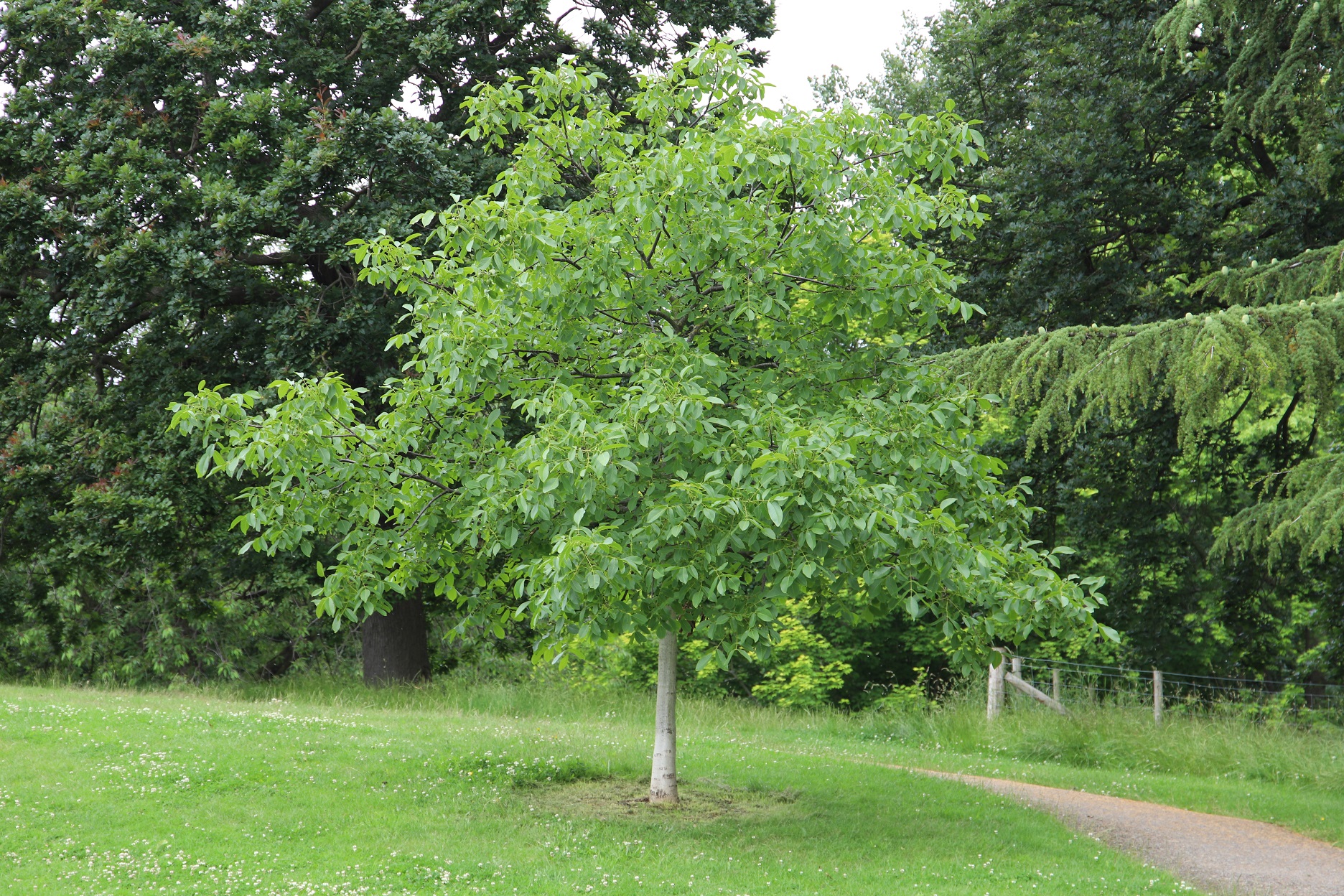 Pulverised walnut shells are a gentle abrasive and have been used to clean jet engines. Equally charcoal from the shells was used in the filters of WW2 gas masks.

Continuing on the war-like theme, walnut wood is prized for use in gun stocks as it doesn’t warp.

The tree itself can reach up to 30 metres in height. It has a light grey bark when young which later becomes deeply ridged.

In spring, the leaves come out a reddish colour before greening up. They are compound in form – made up from about nine leaflets in the same way as ash and rowan trees. Each tree has separate catkins (male flowers) and small female flowers.

If you catch the fruit before it is ripe then it can be pickled. Later on the green outer casing shrivels and the nut falls to the ground.

If you want more fruit from your tree beating it damages the branches which then tend to produce more walnuts in the future. 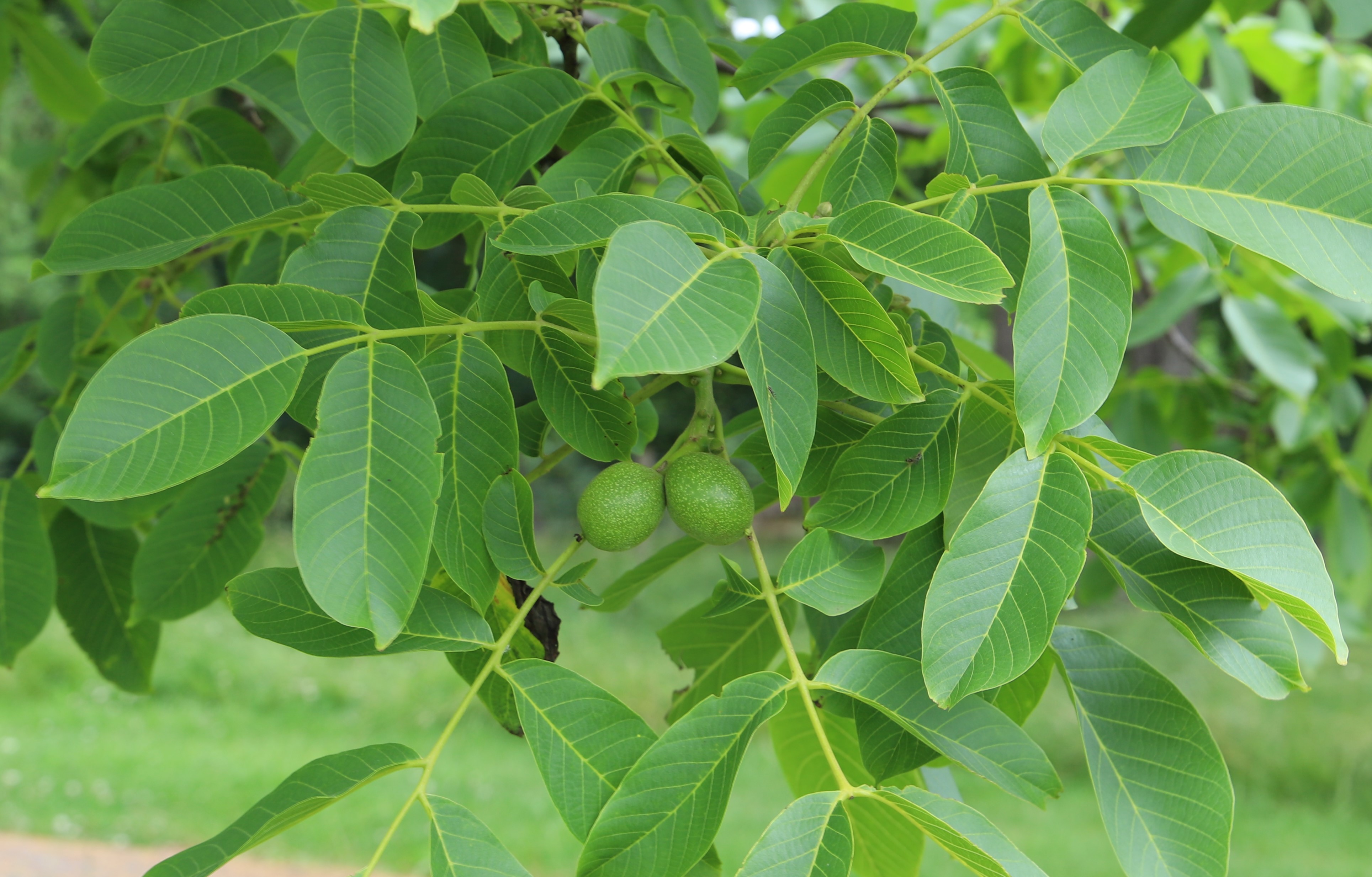 Careful when picking your walnuts otherwise hands will be stained brown from the juglone dye. This chemical is used for wood staining and, in the past, for doing the same to faces.

In Italy there was an association with witches’ ceremonies under walnut trees as featured in Salvatore Viganò and Franz Xaver Süssmayr’s opera “Il Noce di Benevento”.

During the medieval period the shape of the walnut – looking like a brain – gave people the idea that it was a cure for mental disorders. This was part of the “Doctrine of Signatures” dating back over 2,000 years where plants were believed to cure diseases for parts of the body which they resemble.

There is just one other walnut tree in the park and it is planted nearby, but as yet is not flourishing so well.

What else to look for in the park at the moment? Lime (Linden) trees are finishing flowering around the park. A great smell and ingredient for herbal teas.