Stephen Middleton from the Friends of Alexandra Park is kindly introducing us to his favourite trees in the Park. We’re approximately 15 selections in, so only around 7,485 still to go! Here is Stephen’s tree of the month for March…

At first glance the Silver Maple (Acer saccharinum), our March Tree of the Month, looks quite bare at this time of year, but look more closely and you can spot the small bright red colour of the female flowers on the tree.

To find the silver maples, walk down from the Rose Garden on the tarmac path and they can be found at the bottom to the right at the junction of the paths. There are four of them planted in a line.

Why are the flowers so small and not showy like cherry flowers? The answer lies in the pollination. They don’t need to attract insects to them as the wind will carry the pollen from tree to tree. 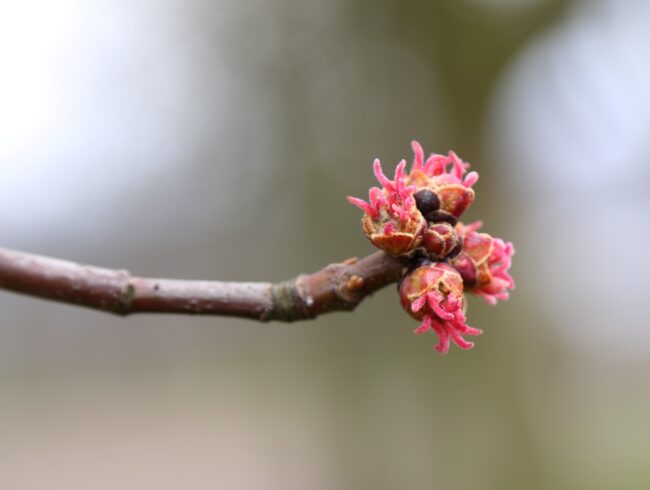 These trees are complicated…. Female flowers are found either on separate trees from the male flowers or on different parts of the same tree. These four trees look to be all females.

The silver part of the tree’s name comes from the white colouring of the underside of the leaves which will appear soon after the flowers. The undersides are quite visible when the leaves move in a breeze and give the tree a delicate feel of fluttering colours.

Our tree of the month comes from the eastern side of North America being first brought into this country in the early part of the 18th century.

In its native lands the silver maple, along with its relative the sugar maple and some other species, are tapped for the sugary syrup that they contain. Harvesting involves making a cut in the bark and bleeding the tree then boiling the sap to concentrate the sugar. Unfortunately in the UK the sap isn’t sugary enough to be worth exploiting.

Silver maples are planted in this country for their ornamental value whereas over the pond furniture, musical instruments, tool handles are made from the wood.

In early autumn the leaves of these trees often get covered by “peppercorns”, these are galls on the leaves caused by a mite (Vasates quadripedes) and are a good indication that you have come across a silver maple. They don’t cause any serious damage to the trees. In late autumn contrasting colours of leaves can be seen and are soon carpeting the ground underneath. 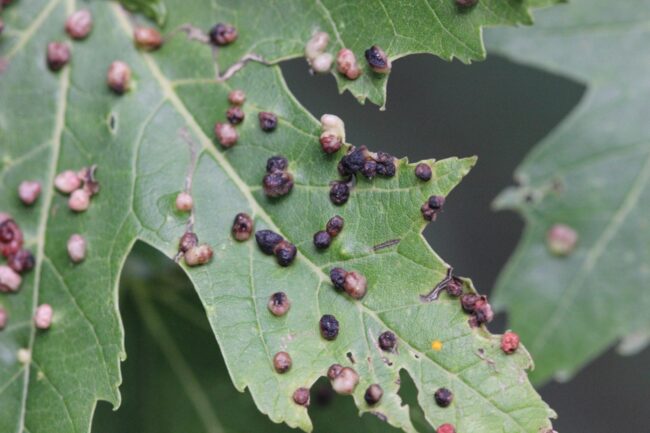 There are four more silver maples alongside Alexandra Palace Way going down towards the station exit as well as a couple on the South Slope and by the steep path leading up from the old deer enclosures (one of which looks to be a male tree).

Also at this time of year don’t miss the glorious pink display of cherries below the terrace.