There are more than 7,500 trees across Alexandra Park. Stephen Middleton from the Friends of Alexandra Park is kindly introducing some of his favourites. This month, a Cornelian Cherry:

If you stand with your back to the rose window and look out over the park, to your right you can see a vibrant splash of yellow – this is a cornelian cherry (Cornus mas) in flower. Despite the name, the tree is not a real cherry, but a dogwood or cornus. There are four other cornelian cherries below the terrace – the others are all further to the left. Step up close and inspect the bark. It is formed from little plates, somewhat like the London plane trees.

These trees originate from southern Europe through to southwestern Asia and were more commonly planted in the past for their early colour, but now witch hazel more often fulfils that role. 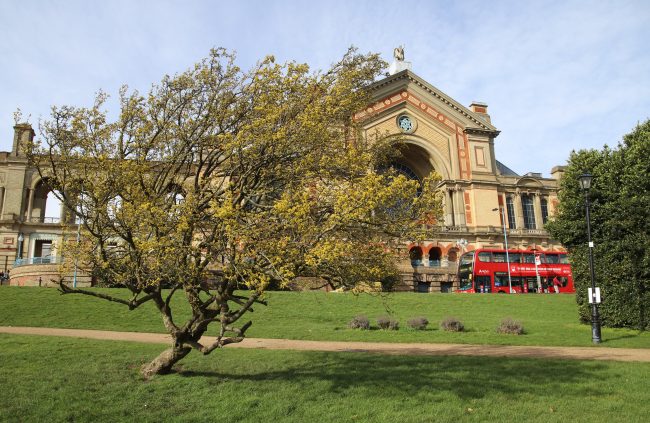 From the fertilised flowers, cornelian cherries will produce an edible red fruit that has been used for jam making, as well as for fruit drinks in the middle and near East and for distilling into spirits, including vodka. In Austria the fruit is the key ingredient of Dirndlbrand schnaps. Back in more ancient times, the Persians used the hard wood from this tree for their javelins to give them an advantage on the battlefield. 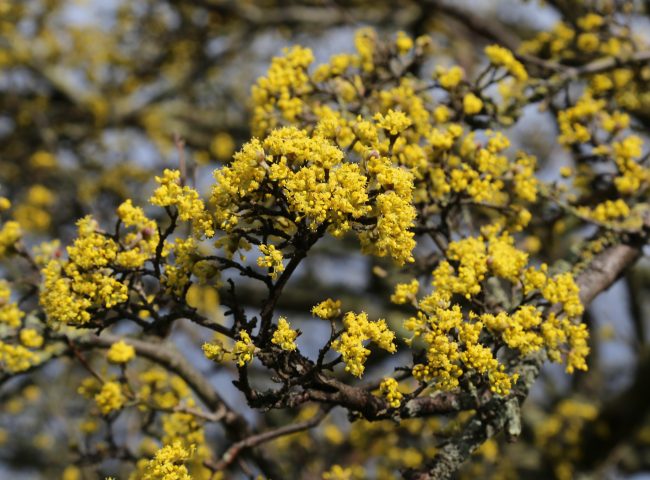 …. And where does the name ‘dogwood’ come from? Three different possibilities are mentioned. Either (1) dog to imply that the fruit is not of the highest quality, (2) from the Latin for ‘horn’, implying ‘hard’ or (3) from the word ‘dag’ meaning to pierce as the wood was used for such things as skewers. Take your pick.

What else to look out for nearby this month? At the other end of the terrace, the white flowers of purple-leaved plums are coming into their own before the pink cherry blossom begins to show. 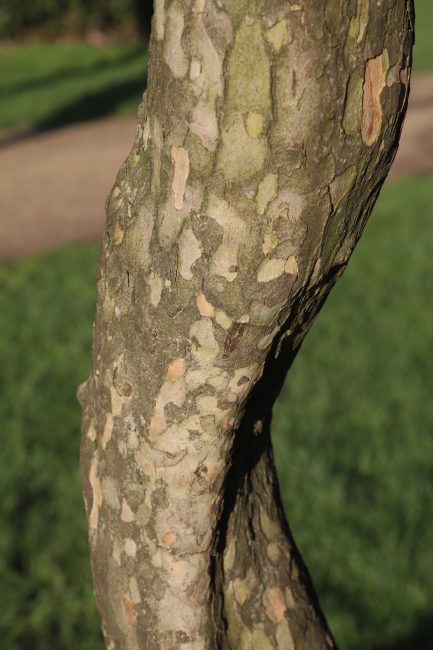 An Extraordinary Year at Ally Pally