Stephen Middleton from the Friends of Alexandra Park is introducing us to some of his favourites from the 7,000-plus trees across the Park. Here is his selection for November…

Red, red, wine…. The dark red autumn colour of the November tree of the month, the Liquidambar or Sweet Gum (Liquidambar styraciflua), is a dramatic sign of the changing seasons. It can be seen to the left of the road heading down to the Paddock Car Park from Alexandra Palace Way.

The red colour is caused by anthocyanin which is produced in the leaf in late summer, but only revealed after the leaf’s chlorophyll has been reabsorbed. Different individual trees of the same species turn different colours in autumn – commonly yellow and purple as well as different reds. 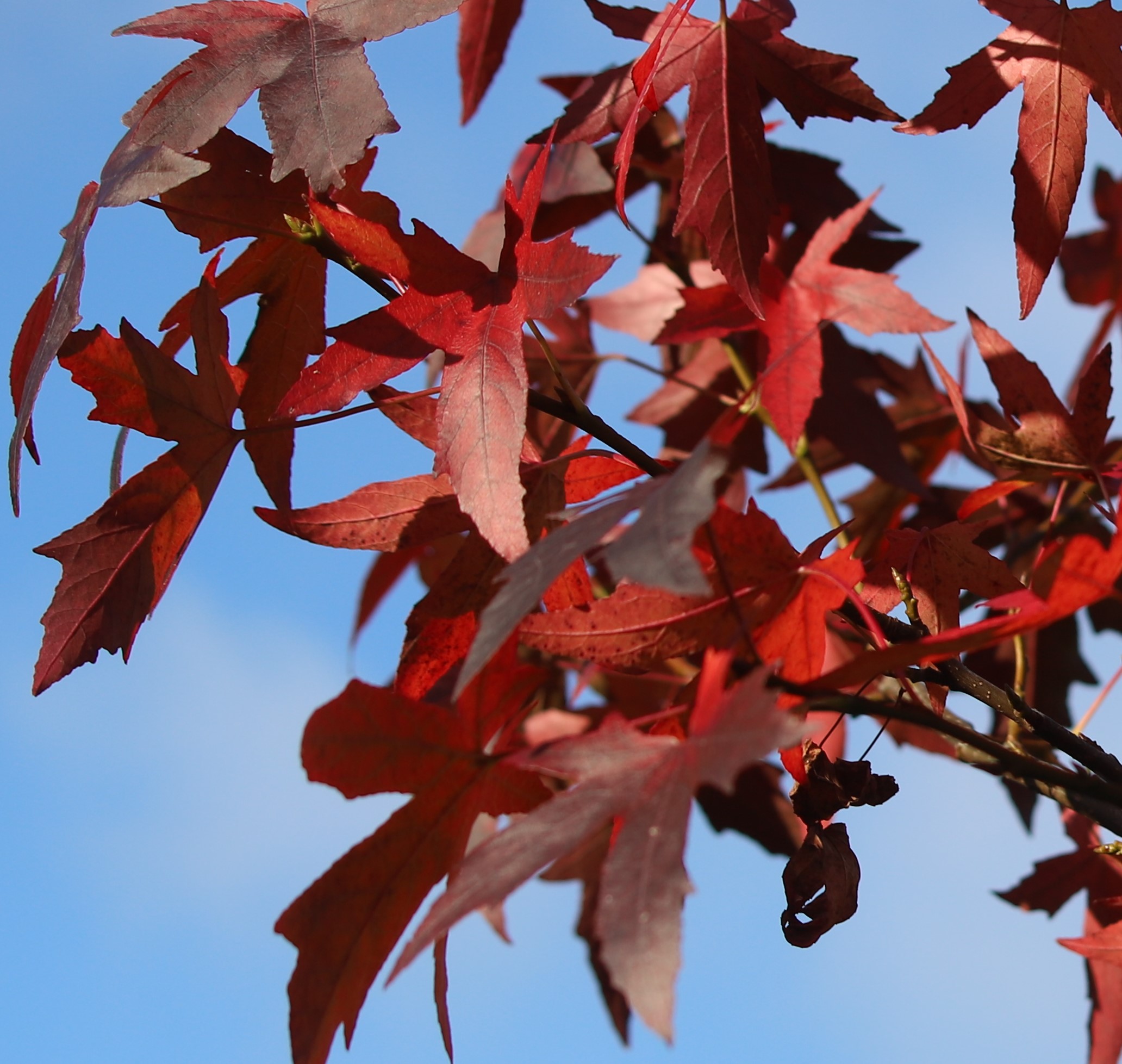 Looking at the leaves, they look quite like a maple, but there is a trick to tell them apart. Maples have leaves that grow off the stalks in pairs, one either side, (opposite) whereas the sweet gum will produce one leaf on one side of the stem then a gap and then one leaf on the other side (alternate).

This particular tree was planted last winter and has not yet borne fruit. Liquidambars have separate male and female flowers, but both are to be found on the same tree. Female flowers when pollinated will evolve into a fruit of spiky balls each containing about 50 seeds.

These trees are native to the eastern United States and Mexico and are quite closely related to witch-hazels. In America the tree can grow to 40 metres high, but rarely exceeds 20 metres in this country.

A Sweet gum was first brought to England for Bishop Crompton and was planted in his Fulham Palace Gardens in 1681.

The scientific name (Liquidambar) refers to resin or gum found beneath the bark. The tree is planted solely for decorative purposes in this country, but in its native range the gum is used in perfume, glue and incense.  The timber is used for furniture, flooring and veneers. The sapwood (outer layer) and heartwood (inner layer) producing different coloured woods.

There are twelve other liquidambars in the park. One is buried in a woodland area below the Pitch and Putt and is dedicated to the D.J. Kemistry with another on the site of an old bandstand in The Grove. Ten new trees were planted last month – a donation from the Earthshot Awards Event held recently in Alexandra Palace. Five of these trees are close to the Go-Ape equipment. They were planted by Jamie Oliver employees supervised by TCV (The Conservation Volunteers). 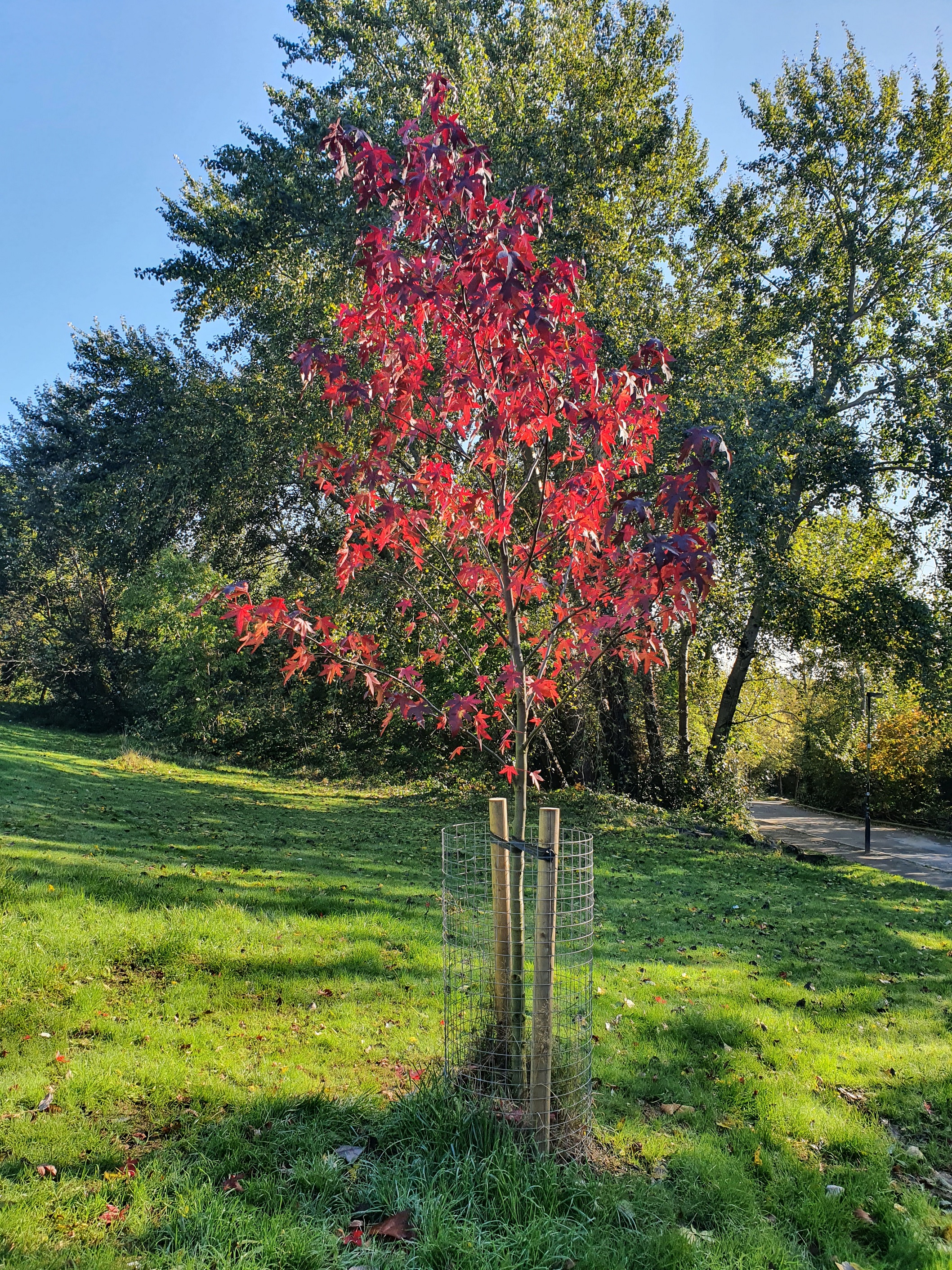 Live music back at the Palace

Earthshot Prize at the Palace