All results
This week we had to make a little more room in our trophy cabinet after our East Wing Restoration Project was named one of the national winners at the prestigious Royal Institute of British Architects (RIBA) Awards. The awards celebrate the best new buildings in the UK.

Feilden Clegg Bradley Studios were the lead architects for the project, which saw our Theatre reopen, 80 years after it shut its doors to the public and the East Court reimagined as a public space where you can interact with our history or take part in our of Creative Learning activities. You can find out what’s on here. 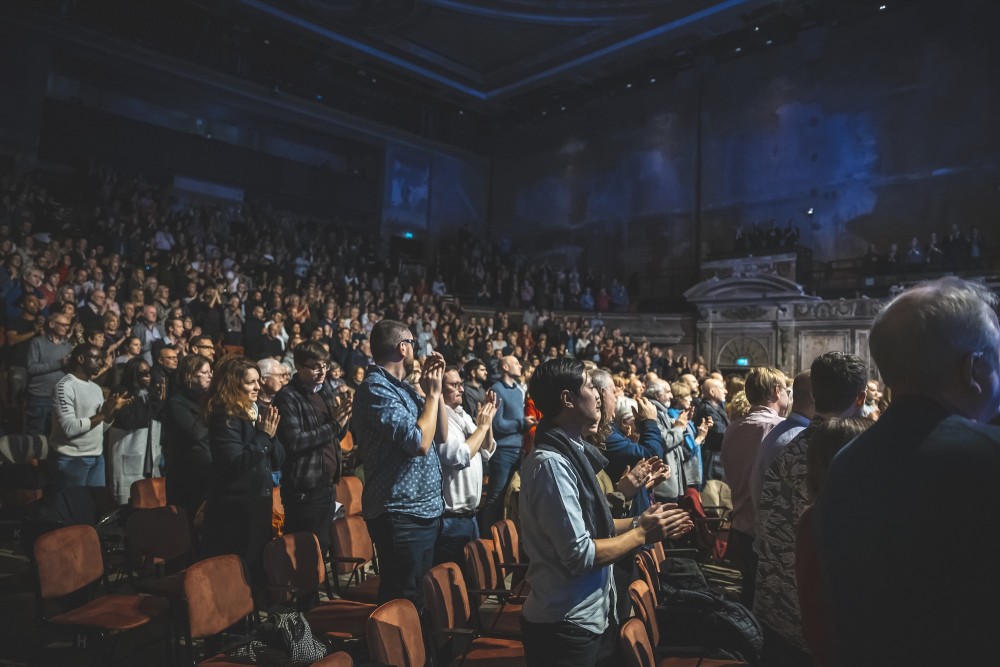 Since opening the Theatre in December, we have been pretty busy! Hosting performances from English National Opera, Alan Carr, Monteverdi Choir and Orchestra, FKA twigs and more. In March, we teamed up with Bristol Old Vic and Headlong, to co-produce a critically acclaimed run of Richard III. To date, almost 50,000 of you have attended a show at the venue.

The East Wing Restoration Project would not have been possible without the support of the National Lottery’s Heritage Fund, Haringey Council and invaluable support from a number of trusts and foundations plus members of the public. The East Wing Restoration was £27 million project – the £18.8 million National Lottery grant was one of their biggest ever for a heritage project.

RIBA judges had this to say about the project: “with a vast expanse of space to consider the client and architects for the scheme have done a magnificent job, delivering and spending hard won budget to excellent effect.” You can read more here.

Emma Dagnes, Deputy CEO of Alexandra Park and Palace and responsible for delivering the project on behalf of the charity: “We are especially proud that the RIBA judges recognised not only the design of this once in a lifetime project but also the collaborative spirit.  This restoration would not have been possible without the hard work and passion of so many groups and individuals so this award is testament to all involved”