Here at Ally Pally we’re missing you, and we miss not being able to bring you a full programme of performances, culture and learning.

The current situation also means our financial future is uncertain. Your support will be crucial to us at this time, it will help us to maintain the park and palace during the lockdown and ensure we’re able to open our doors once again, when the time is right. Full information about how you can support the charity is here.

This is an unprecedented situation for everyone. But it’s been interesting to look back through this history of Alexandra Palace and see that enforced closure is not totally new. In fact, we have been here several times before. There is a reason why our Bar & Kitchen is known as ‘the Phoenix’, after all…

The opening of the first Alexandra Palace in 1873 was recorded as a huge success – over 100,000 people attended the first weekend of operation. But just 16 days after opening, the entire building was destroyed by a devastating fire. The management committee of the Palace met the very afternoon of the fire and – no doubt buoyed by those enthusiastic crowds – resolved to rebuild. The result is the building we know today, opened just two years later in 1875.

The early years of the 20th century saw Alexandra Palace as the venue for a number of innovations, including cinema and even experiments with aviation. But the First World War would change this significantly. Commandeered first as a refugee centre for tens of thousands of men, women and children fleeing the conflict in Europe, before being re-purposed as an internment camp, the entire Park and Palace were closed to the public for seven years.

During this time the Palace supported the routines and realities of daily life of those camped here, whether it was bathing in the former Monkey House, being nursed in the hospital which had been the Bijou Theatre (now Phoenix pub), hanging up washing in the conservatory, now the Palm Court (pictured below), or beds laid out inside the Palace (pictured below). 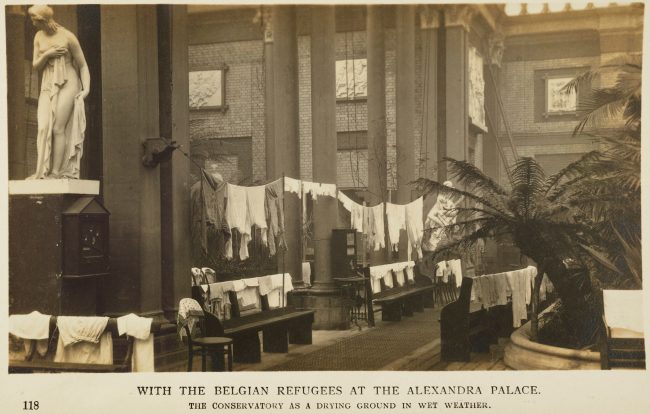 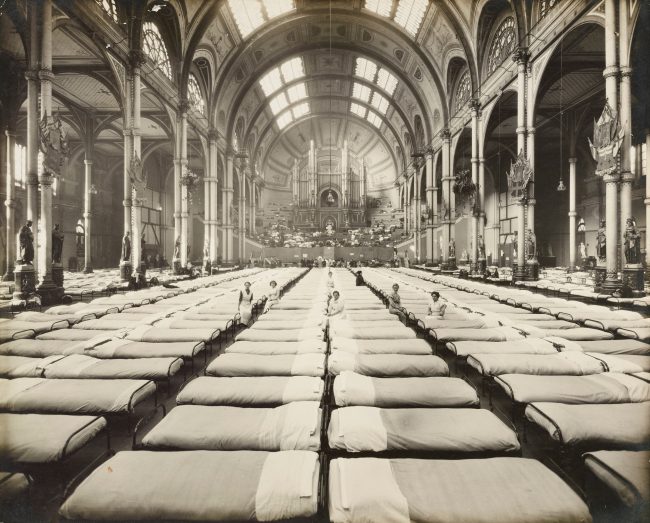 There were also extraordinary events, such as an official visit by Queen Mary to inspect “the arrangements”. 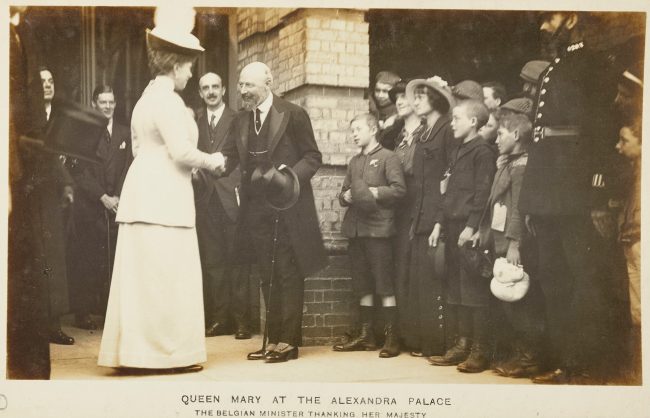 A baby who was born at Ally Pally, while the kindness of Londoners saw them supporting those living at the Palace, whether donating clothes, toys or playing cards. 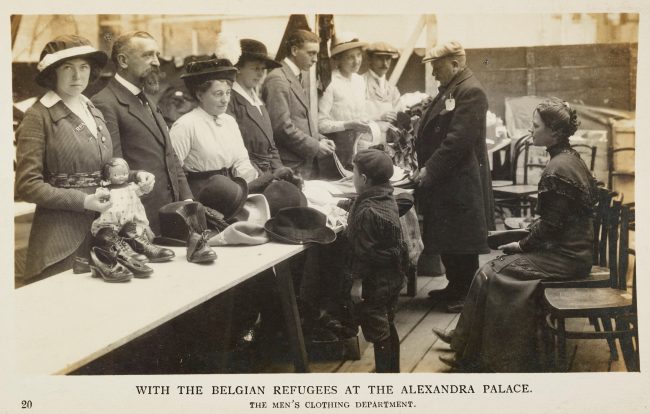 The interwar years were, of course, when the name Alexandra Palace became known globally as the home of the world’s first broadcast television service by the BBC. However, just three years after this ground-breaking development the building was once again commandeered and closed to the public, to support the war effort.

Troops were stationed at the park denying public access, as were anti-aircraft guns. 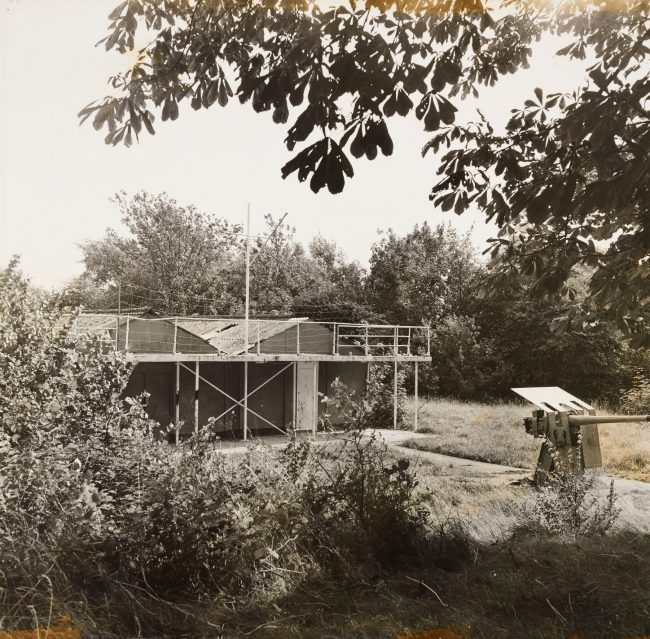 Again, Ally Pally supported with a wartime clothing collection and distribution centre. Crucially the new technology on site was also used to jam Luftwaffe signals in an RAF mission called Domino. The transmitter mast’s role of ‘beam bending’ to throw enemy aircraft off target was highly successful in protecting London and ultimately undermining German pilots’ confidence in their navigation systems – a contributing factor in the Battle of Britain.

Many local people still remember the last major closure: in 1980, a huge fire destroyed two thirds of the building and led to the Palace being closed. The re-building took eight years in total, costing millions of pounds.

During this time of the covid-19 outbreak and lockdown, we’re trying to ensure Alexandra Park and Palace can continue to support you where possible. We know many of you are finding a moment of respite in the park, for example (social distancing protocols being applied of course).

Where we can we’re bringing our Creative Learning programme online, so we can continue to be here for the thousands of people who benefit from our classes, activities and challenges.

We’re also delighted that the Palace has also been able to support Haringey Council and Edible London, acting as a distribution centre for food and essential supplies to be collected and transported to some of the most vulnerable people in the area. 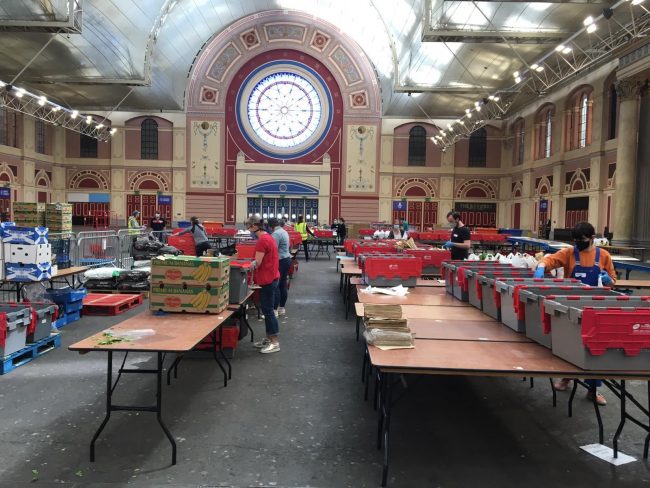 Knowing that Ally Pally has survived such adversity in the past and bounced back many times before inspires us, and we are confident we can do it again, with your help… no matter how long the road to recovery is.

There are two ways you can support Ally Pally: