Ally Pally’s unique history has been shaped by innumerous incredible women. To celebrate International Women’s Day we’re highlighting a few of those who left their mark on The People’s Palace. 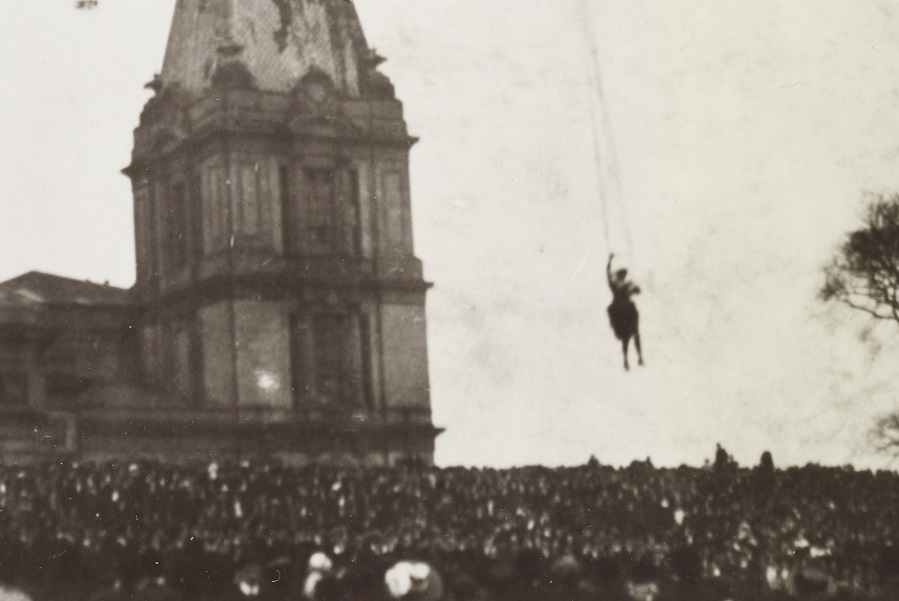 The high-flying, and descending, Dolly Shepherd got her start as a waitress at Ally Pally. While working at the Palace she overheard two men bemoan their lack of an assistant for a trick shot and immediately volunteered. Dolly then went on to risk life and limb in the name of entertainment. She performed several of her death-defying acts at Ally Pally where she would ascend thousands of feet into the air in a hot air balloon and free fall down before deploying a parachute. A thrill-seeker throughout her life, she completed her final jump in her 90s.

A star of music hall and cinema, Dame Gracie Fields had been treading the boards since her debut in 1910. In 1922 her husband took over the lease of the theatre at Ally Pally in order for her to rehearse shows ahead of a West End transfer or tours. Fields went on to become one of the highest-grossing movie stars of the ’30s. She was made a Dame in 1979.

Find out more about the theatre and how you can support the restoration here.

The Voices That Launched Television – Adele Dixon and Helen McKay

Adele Dixon had a glittering career on stage but perhaps her biggest role was here at Ally Pally. On the 2nd November 1936 she became the first woman to perform on British television, performing the specially-commissioned song “Television” – an ode to this wondrous new technology. Ironically, Adele was not a great admirer of the medium and said she preferred radio.

While Adele featured in the first broadcast, it was dance-band singer Helen McKay who performed on the test broadcast to the RadiOlympia Exhibition on the 26th August 1936. During the transmission she performed “Here’s Looking at You”.

Find out more about the birth of television via the Alexandra Palace archive.

Another one of the first, and youngest, performers on the BBC was the singer and dancer Lily Frier or “Little Lily Foster” as she was billed by the BBC. Just shy of 12 years old, Lily made her on-screen debut in January 1937. In 2016 we interviewed Lily about her memories of the dawn of television.

The early days of television were fairly disorderly with engineers and producers getting to grips with the new technology. However, on air was a different story with Elizabeth Cowell and Jasmine Bligh’s skilful presenting making it look serene.  Elizabeth and Jasmine were the BBC’s first continuity announcers. Picked from over 600 applicants, the pair steered the BBC ship – a reassuring and steady presence for many years. 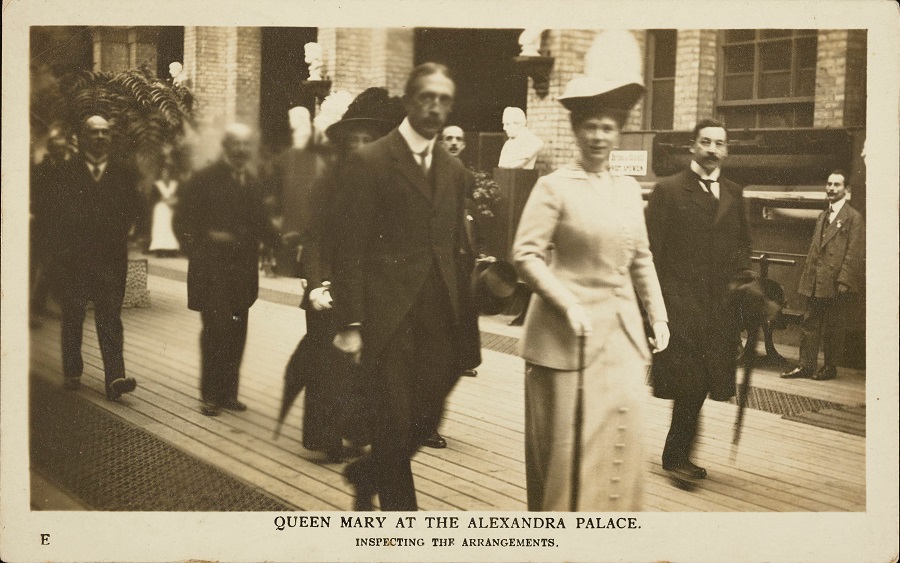 Postcard of Queen Mary from the Alexandra Palace Archive

Although never a royal residence, royalty has played a huge role in the history of Ally Pally. Named to commemorate the wedding of the popular Princess Alexandra of Denmark to Prince Edward (later King Edward VII), the Palace has welcomed members of the royal household since its inception – from Queen Mary’s visit to meet with Belgium refugees during WW1 to Queen Elizabeth’s Golden Jubilee reception in 2002.

Fifty years earlier the Queen’s Coronation was beamed live from Ally Pally. It was such a momentous occasion that the Canadian Broadcasting Corporation were present to capture the broadcast and fly the recordings, via the Park’s Cricket Pitch, by jet bombers to Canada for urgent transmission on the day itself.

Many stars of television graced the studios at Ally Pally but it was a producer, Grace Wyndham Goldie, who left one of the biggest impressions on how we consume one of the most important events in the political calendar.

Scenes of election counts and declarations have become the norm on election nights in Britain but it wasn’t always the case and you have Grace to thank for that. During the 1950 General Election, the first that could be covered by television, the BBC did no reporting for fear of breaching Representation of the People Act 1948. However, Grace persuaded the Corporation to transmit an election night programme reporting only the results. A pioneering moment in British TV history and a profound change in how the country carried out its elections.

She later remarked: “One has an idea in one’s bath and within two weeks it is a national institution.”

From 1946 to 1955 Annette Mills, alongside Ann Hogarth’s puppets, were beamed into homes across the country – live from Ally Pally. The iconic and beloved “Muffin the Mule” featured songs and music by Annette while puppeteer Ann was responsible for the scripts. The show’s popularity saw it spawn records, games and toys. A die-cast, movable puppet is believed to be “the first toy to be marketed under licence as a result of successful TV appearances” – galaxies ahead of TV shows and movies like Star Wars that followed. 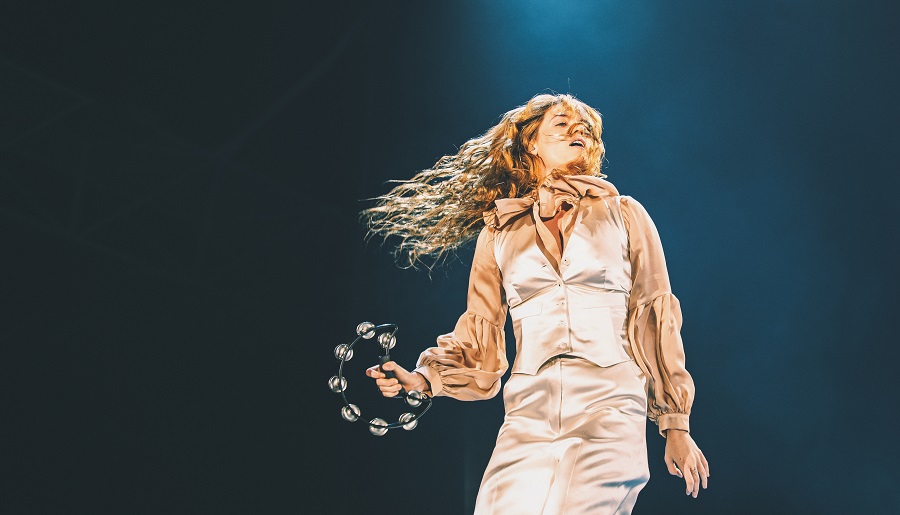 For four nights in 2015 Florence and The Machine took over Alexandra Palace. It was a spectacular run of sold-out performances that set the record for the most consecutive concerts by an artist since the building was reopened. A night which reverberated around Ally Pally long after the encore. 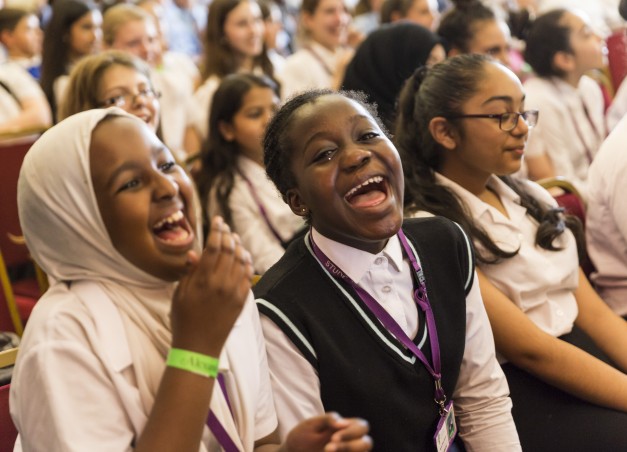 Creative Learning at Alexandra Palace has launched Girl Talk, a free all-girl drama group (11 and 16 years old) to get girls talking, playing and being creative. Sessions will focus on building confidence, tackling challenging situations and promoting self-esteem. This group is for girls who have a love-hate relationship with the spotlight but still want to have their say and get involved. Details on how to register for the event can be found here.

Celebrate International Women’s Day 2018 with our playlist of the women who have played this iconic venue.